A Simple Solution Increases the Lifetime of Perovskite Solar Cells

A Simple Solution Increases the Lifetime of Perovskite Solar Cells

Researchers discovered the cause of the degradation of perovskite solar cells in sunlight and proposed an improvement in the manufacturing process to increase the stability of the cells.

Researchers from the University of California, Los Angeles (UCLA) Samueli School of Engineering and five other universities have reported the cause of performance degradation of PSCs over time. They proposed a manufacturing adjustment to fix the cause of degradation, making the PSCs commercially viable.

The PSCs use perovskite-structured compound, most commonly a tin-halide based material, as the light-absorbing layer. These materials are easy to produce and manufacture. Hybrid metal-halide perovskite compounds combine the advantages of high carrier mobility and device efficiency with low-cost deposition techniques. 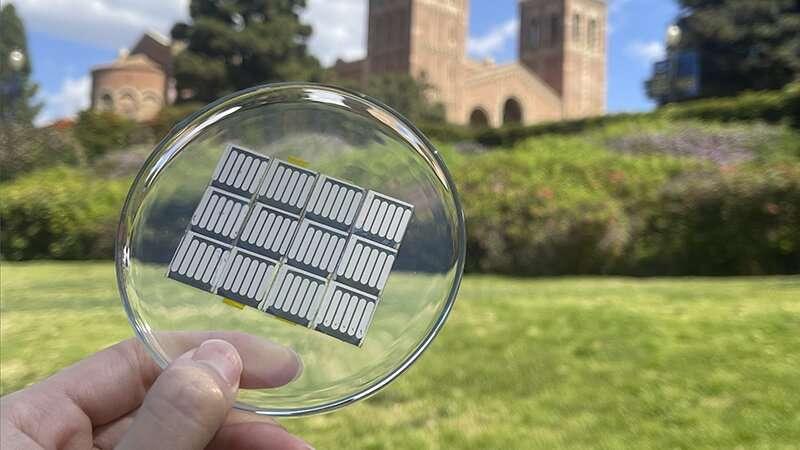 The perovskite materials exhibit a high absorption coefficient, enabling thin-film PSCs to absorb the complete visible solar spectrum. These materials efficiently convert visible and ultraviolet light to electricity. Moreover, the perovskites can be tuned to absorb different wavelengths, allowing the combination of solar cells of different bandgaps and enabling efficiency of over 30%.

In addition to high efficiencies, PSCs are advantageous due to their low-cost and easy processing methods. Traditional silicon-based solar cells require high temperatures under high vacuum and complex multi-step techniques. On the other hand, perovskite materials can be manufactured easily in lab environments. The hybrid perovskites can be realized using various deposition techniques such as electrodeposition, screen printing, inkjet printing, and vapor deposition. All these methods scale without much difficulty.

The Cause of Degradation in PSCs

The UCLA researchers and their colleagues discovered that the degradation of PSCs is due to surface treatments in the manufacturing process.

Generally, a PSC consists of two material layers: a perovskite and a charge transporting material. Heterointerfaces form between these different semiconductors. The charge dynamics through the heterointerface are dictated by the energy level alignment between the materials. The surface treatments change the heterointerface energetics and thus the charge flow between the materials. These treatments aim to improve the stability and performance of the cells by passivating ionic defects at the surface and grain boundaries of the perovskite thin films.

However, the researchers show that the treatments create a negative work function or a more n-type region, enabling the halide migration and affecting stability.

Upon identifying the cause of degradation, the researchers also found materials that neutralize the effect of the negative work function. They discovered that tosylate (TsO) nullifies this effect and constructed PSCs with high efficiency and notable lifecycles.

They tested their cells in the laboratory by exposing them to sunlight and found that the cells retained 87% of their original power conversion efficiency for more than 2000 hours, compared to surface-treated PSCs that maintain only 65% of their efficiency over the same time. This is a significant improvement in the life cycle of PSCs, bringing them closer to commercialization.

For long term stability, a universal standard for understanding degradation is vital. This study lays the foundation for knowledge that will help the community to develop longer-lasting PSCs.