Ultracapacitors in Downhole Technology for Oil and Gas

Ultracapacitors in Downhole Technology for Oil and Gas

FastCAP's EE series of Ultracapacitors was specifically designed for the oil and gas market. Each cell is capable of 150°C operation with 20g vibration, 500g shock survival, making it the ideal cell for downhole technology. There are currently no other capacitors on the market capable of matching the high reliability and high performance of FastCAP ultracapacitors.

Mud turbine generators are a common source of downhole power. They provide electric power by steering mud flow through a turbine assembly which in turn generates electricity. ac-dc power converters regulate the power bus for delivery to the downhole instruments.

However, drilling operations frequently require mud flow to be turned off, disabling the downhole turbine from generating electricity, leaving power bus without a primary source. For this reason, Lithium-thionyl chloride (Li‑SOCl2) batteries are often used in conjunction with a downhole turbine in order to regulate the power bus during those times when mud flow is off.

Li-SOCl2 batteries are popular for downhole energy storage for their high temperature operating range and relatively high energy and power density. Their disadvantages include that they cannot be recharged, are prone to explosion under damage, and carry additional costs associated with hazardous material transportation and storage. 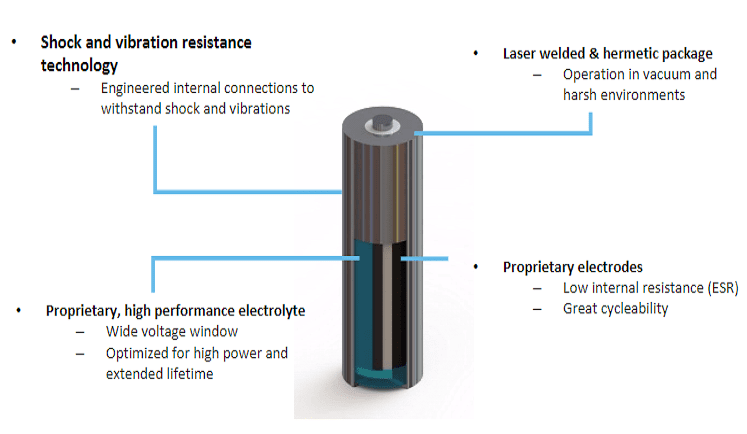 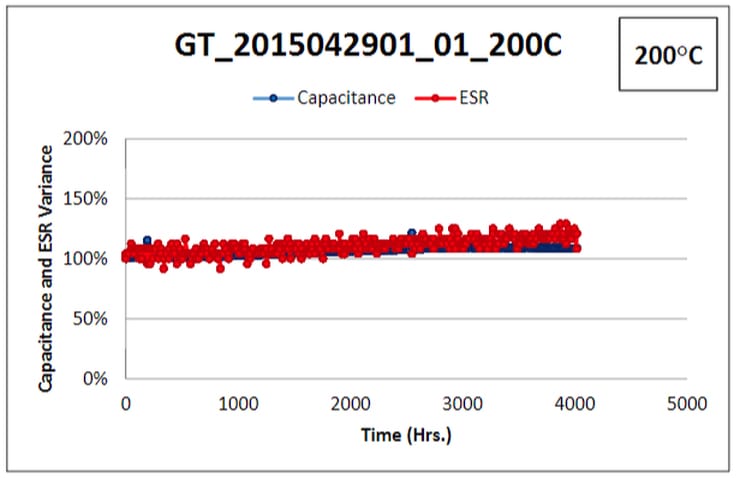 The graph above illustrates data gathered by Sandia National Laboratory showing 200°C operation over 4000 hours with less than 0% increase in ESR and roughly 20% increase in capacitance over this period.

In comparison, traditional ultracapacitors typically have a maximum temperature of 65°C. This technology represents a significant step in high - temperature rechargeable energy storage.