The new devices are designed for overvoltage protection and are equipped with monitor outputs.

The MT25 and MT30 series from TDK is designed for voltage ranges from 150 to 385 VRMS and for 150 to 750 VRMS, respectively. The units are integrated with internal fuses, which are construed to cut off power in the event that the varistor reacts to a surge, cutting off the circuit being protected from the effects of the surge. 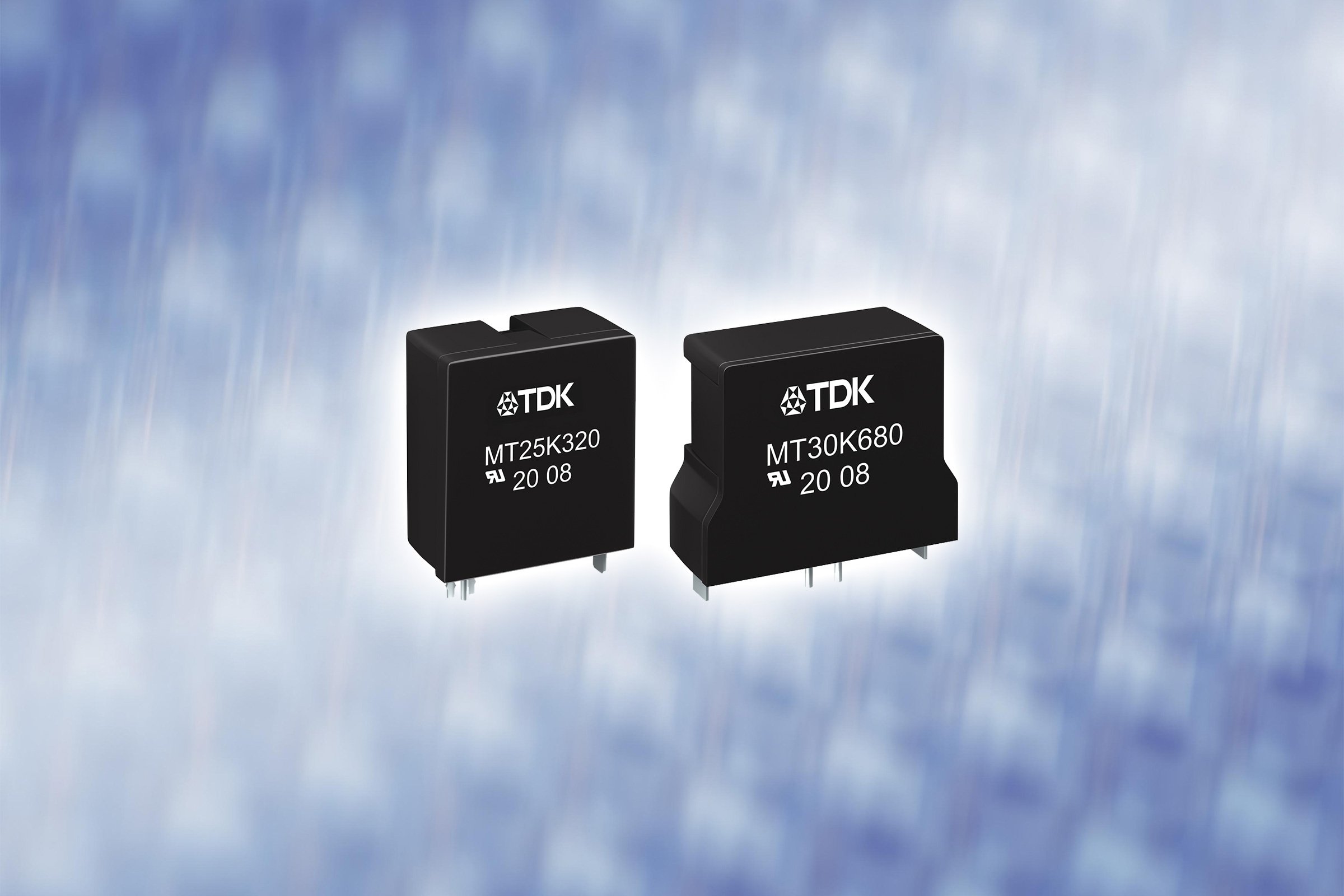 An 8/20 μs pulse rises to its maximum in 8 microseconds. By the time 20 μs have passed, its intensity has receded to 50% of its maximum. The often quoted, but a little-understood definition is often used as a proxy for a lightning pulse.

What is a Varistor?

As TDK defines it, a varistor, or variable resistor, is “Put simply, a resistor where the resistance decreases when the more voltage is applied to it.” A varistor will fail when it is subjected to too much voltage for too long a time period. The time periods involved are typically in the range of the 8/20 pulse defined above. An important point is that varistors are bidirectional devices.

What is the Difference Between Zener/TVS Diodes and Varistors?

This is a question posed and addressed by a TDK Tech Note. A few highlights:

Structure — Varistors are ceramic semiconductor devices based largely on zinc oxide, while TVS diodes are based on P-type and N-type semiconductors.

Speed — The biggest misconception is that varistors are still slow to respond to spikes, which, as illustrated in the graph below, is no longer the case.

Capacitance — Capacitances across varistors are higher than those across comparable TVS diodes. This is a critical point for high-frequency circuitry.

A look inside reveals SiOVs (silicon oxide varistors) connected in series with an internal fuse. 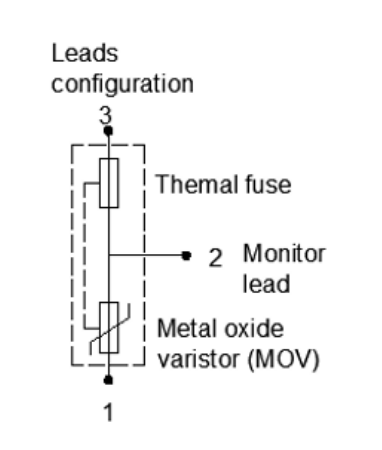 Normally, the MOV is at a very high resistance. An external LED, when connected to the monitor lead, will indicate that all is well by emitting light. If a surge is strong enough to short out the MOV, the same surge will blow the fuse, decoupling the device under protection from the power source, preventing damage.

The monitor outputs are available with or without electrical isolation.

Both series of ThermoFuse varistors are available in completely encapsulated packages.