Simulation Environment for the Design of Switched-Mode Power Supplies

Simulation Environment for the Design of Switched-Mode Power Supplies 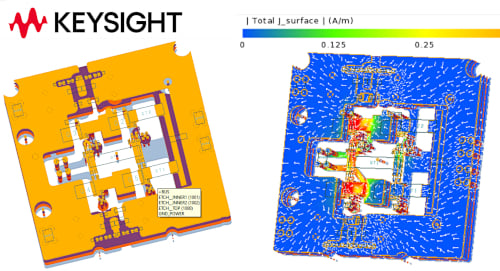 The rise of wide bandgap semiconductors such as silicon carbide (SiC) and gallium nitride (GaN) devices will drive the next generation of power electronics technology. Wide bandgap semiconductors allow for greater power efficiency, smaller size, lighter weight, and eventually lower overall cost of the electronic devices that run our world. However, designing with this new technology involves a steep learning curve as old prototyping and debugging methods will no longer suffice.

PEPro is a key differentiator in the power converter design workflow. PEPro offers post-layout simulation providing the designer insight into the effects of printed circuit board (PCB) parasitics and potential EMI issues early in the design cycle. PEPro uses an EM field solver to extract the parasitics from a PCB layout and incorporates it back into the simulation. This allows the designer to gain insight into the “real life” effect introduced by a PCB and analyze how it impacts the designer before developing a prototype. To make this step easy, Keysight built an SMPS frequency plan specific for power converters, which enables the designer to utilize this step without having a deep understanding of EM technology.

Keysight’s EM solver also enables the designer to simulate conducted and radiated EMI. PEPro offers built-in EMI test benches for both conducted and radiated EMI. Simply bring a design into the test bench and gain insight into any potential EMI problem early in the design phase. This enables the engineer to resolve EMI problems before the first prototype. Incorporating EM in design ultimately saves both time and money because a trip to an EMI certification testing center is both time and resource intensive. This is even more true if your design fails at the certification lab.

PathWave ADS is a circuit simulation environment which allows SMPS designers to start their workflow. It provides a model rich library of power electronics components. From this model library, designers can create their circuits and optimize their power converter designs. It offers a SPICE-like analog circuit environment along with a powerful visualization tool (ADS Data Display) to analyze the results. This powerful circuit simulator offers optimized technologies such as Monte Carlo analysis and tuning functions. In addition to traditional transient analysis, ADS also offers Harmonic Balance simulation which is an AC analysis of the steady state behavior. It is a much faster simulation engine compared to transient.

Simulation is a relatively new concept for traditional SMPS designers, who have utilized silicon MOSFET technology for decades. However, as we enter this new era of wide-bandgap technology, simulation will play a key role for the designer. Simulation enables a shortened design cycle to accelerate time to market. Keysight has partnered with leaders in the wide bandgap semiconductor industry to create digital reference designs in ADS. These partners include Wolfspeed, Transphorm, and ROHM Semiconductor. These “digital twins” enable the designer to account for the effects of the printed circuit board (PCB) in their switched-mode power supply designs. Download what is needed to get started with a digital twin or to apply for a software trial.