Qi Wireless Charger Reference Design with NFC for Automotive Use

Qi Wireless Charger Reference Design with NFC for Automotive Use

ROHM plans on releasing a sample reference board in February that lets users easily configure a wireless charger for automotive use compatible with the latest Qi standard (EPP), when combined with ROHM's already available Qi certified receiver board (BD57015GWL-EVK-002).

ROHM is currently exhibiting the as yet unreleased reference board integrating the wireless charging solution at the 11th International Car Electronics Technology Show at Tokyo Big Sight from January 16-19, 2019.

As well as being compliant with WPC's Qi standard, it supports EPP (Extend Power Profile) that enables the charger to supply up to 15W of power. The multi-coil design enables a wide charging area that offers some spatial freedom in vehicle applications and provides 2.7x greater charging range compared to single coil configurations. This wider charging area means that consumers do not need to worry much about perfectly aligning their smartphones to the charging area so they can charge wirelessly. 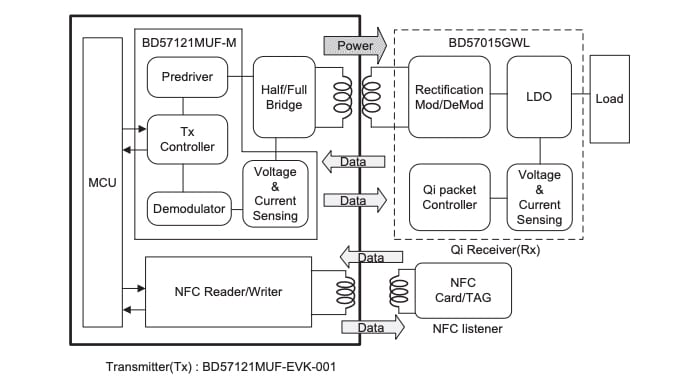 Wireless charging technology, often used in portable devices including smartphones to enhance the connector's safety and resistance to water and dust, is seeing expanded adoption in infrastructure applications such as vehicles, airports, hotels, cafes, and similar public locations. Presently, the European Automotive Standards Group (CE4A) has already adopted Qi, the most popular wireless charging standard as the charging standard in vehicles. By 2025 it is predicted that the majority of cars will come with Qi-based wireless chargers. 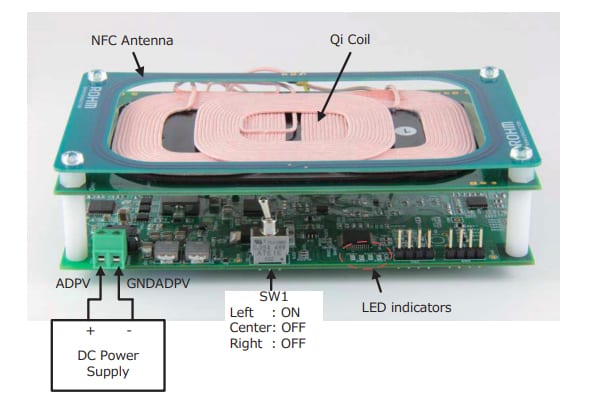 "ROHM's adoption of the ST NFC products and 8-bit microcontroller for their Qi-standard automotive wireless-charging reference design shows that ST's broad product lineup has big potential for creating new and valuable automotive functions," said Hiroshi Noguchi, Japan country manager, STMicroelectronics. "We anticipate many auto manufacturers will see wireless charging as an important added value that will provide ST with another way to contribute to a more comfortable driving experience for consumers."

Devices with embedded data EEPROMs are also offered, such as CAN-equipped models with an extended operating temperature range up to 150C, making them perfect for various automotive applications.

Key Features of Evaluation Board