Fiber networks allow electric vehicle and industrial CAN bus data to be transmitted at higher rates and over longer ranges.

Moxa has launched the ICF-11711 series of CAN-to-fiber converters that extend communication distances of CAN bus data without sacrificing baud rates. Per the CAN (Controller Area Network)  bus protocol (as defined by ISO 11898), baud rate decreases with transmission length and at the maximum allowed range of 1 km, the CAN bus data rate is only 10 kbps. Conversion from CAN to optical fiber greatly expands transmission ranges and data rates, significantly improving network capabilities in EV charging and other applications. 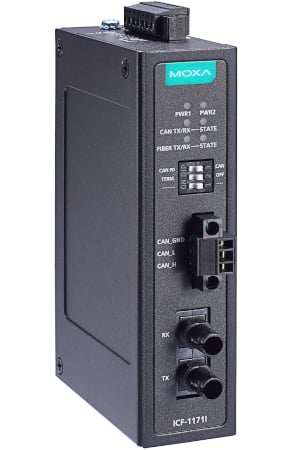 By converting to optical, the ICF-11711 can communicate CAN bus data up to 2 km using multi-mode fiber, or 40 km with single-mode fiber, with no degradation in data rates. Multiple protocol variants are supported to include CAN 2.0A, CAN 2.0B, and CAN FD.  Released in 2012, CAN FD (Can Flexible data rate) can support data rates up to 5 Mbps, while earlier CAN variants are limited to data rates up to 1Mbps.

Four separate models are offered for nominal and extended operating temperature ranges and to accommodate both single and multi-mode fiber networks.

The unit's input voltage range is 12 to 48 V, compatible with telecommunications industry conventions, with a maximum current consumption of less than 200 mA (less than 10 W @ 48 Vin).

Installation can be DIN-Rail or Wall mounted. With a compact form factor of 1.19 x 2.76 x 4.53 in and weighing slightly over half a pound, the ICF-11711 is well-suited to remote monitoring applications like factory automation and networked EV charging stations.

CAN is a serial communication protocol used in various applications, including automotive, factory automation, aerospace, and EV charging stations. Bosch initially developed the protocol in 1985 for automotive use and mass adoption in cars by 1990. ISO 11898 was released as the CAN bus standard in 1994 and is now universally used in production automobiles and many non-automotive applications.

The origin of CAN was the need for a serial communication protocol that could scale communications between multiple Engine Control Units (ECU)s. As microcontrollers became more broadly adopted in vehicle systems, the parallel I/O to and from these chips resulted in excessive on-board wiring requirements, which added weight, cost, and complexity. The serial CAN bus was the solution.

In the case of EVs, CAN bus has been adopted as the data communication protocol for powertrain batteries. Using CAN, important EV battery status and energy consumption data can be communicated from the vehicle to the charging station for use in billing, monitoring, and other applications. But due to range and data rate limitations, CAN is not the best option for communicating this data with the extended charging station network. For these applications, the ICF-11711 converters allow CAN data to be converted to optical signals that can be communicated via fiber at higher rates and over longer ranges. 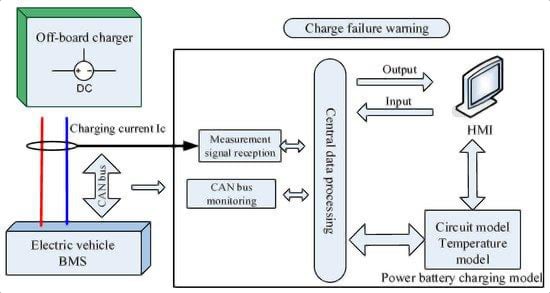 The origins of the CAN bus are for data communication within the vehicle itself or short-range uses like vehicle diagnostics. By converting to optical fiber, with its longer ranges and higher data rates, information can more easily be transmitted to a wider network of stakeholders.