The convection cooled, single output devices provide either 24 or 48 volt outputs and serve the medical and industrial environments

The ACC750 industrial series and the MCC750 medical series each consist of four models and operate from input ranges of 85 to 305 VAC. The full 750 watts output is available over 180 to 305 VAC inputs, with degradation to 600 Watts with power inputs ranging over 85 to 137 VAC. They feature a power factor of 0.95.

Both the medical and the industrial series are available in U-shaped packages, 1.6 inches high. Of the four units in each series, two provide 24 volt outputs, and the other two provide 48 volt outputs. At each voltage levels of both series, one of the two is equipped with protective cover. 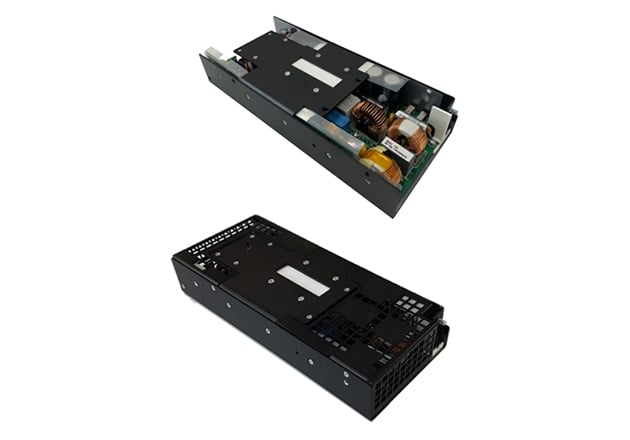 The CC750 industrial series and the MCC750 medical series are available with or without protective covers. Image courtesy of the ACC750 datasheet

All eight units feature efficiency levels of up to 94% and are cooled by natural convection, with no cooling fan required. That makes all members of both series well-suited for applications where acoustical noise would be problematic. They supply 750 Watts peak power, and as much as 900 watts for periods of 10 seconds or less.

All members of both series communicate over the Power Management Bus communications protocol and can be turned on or off remotely. They can be connected in parallel if power beyond 750 watts or redundancy is called for. All units provide both 12 and 5 volt standby outputs.