United Airlines has invested in a company developing sodium-ion batteries, an alternative to lithium-ion and lead-acid batteries. The move supports United’s effort to electrify its ground operations. 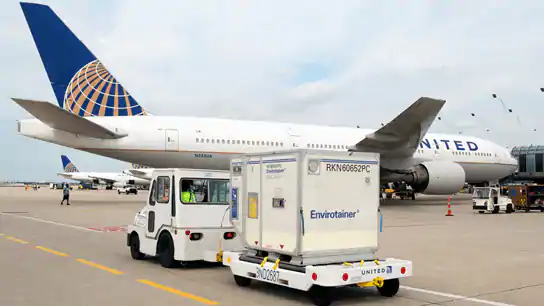 In its press release, United Airlines said that while it has invested in several efforts to reduce emissions from its aircraft, Natron is the first that can address its ground operations specifically. The company’s ground activities involve more than 12,000 pieces of motorized equipment, with about one-third currently being electric. Natron’s batteries could be used to charge ground equipment and future electric aircraft such as electric air taxis. They can also help manage electricity demand and improve the airline’s response to inclement weather.

Natron’s overall pitch is that its technology resolves many of the problems in lead-acid and lithium-ion (Li-ion) batteries. On its website, the California-based company says its Prussian blue electrode-based cells can store and transfer sodium ions faster, more frequently, and with lower internal resistance than any other battery on the market.

Some of its banner features include a 0 to 99 percent charge in eight minutes, a battery life exceeding 50,000 cycles, 10 times faster cycling, and no performance losses from frequent rapid charging—all advantages over its lead-acid and Li-ion counterparts. Further, Natron’s choice of sodium-ion is abundant worldwide, countering many of the downsides of manufacturing Li-ion batteries, including the need for rare-earth materials or caustic metals.

Natron Energy sells standalone batteries and complete integrated systems to fit its partners’ applications. Some of its integration partners include major brands such as ABB, Fuji-Bridex, and CE+T. The company has also drawn high-profile corporate investors and other groups. According to Crunchbase, its backers include the venture investment arms of industry giants Chevron and ABB, battery investor Volta Energy Technologies, onshore oil service provider Liberty Oilfield Services, and oil and gas drilling firm Nabors. It also received a $19.8 million grant from the U.S. Department of Energy’s Advanced Research Projects Agency–Energy.

Natron says on its website that its pilot line is currently delivering 50 to 100 trays per month. The company has secured partners and started retrofitting an existing Li-ion plant to launch its first high-volume manufacturing line in mid-2023. 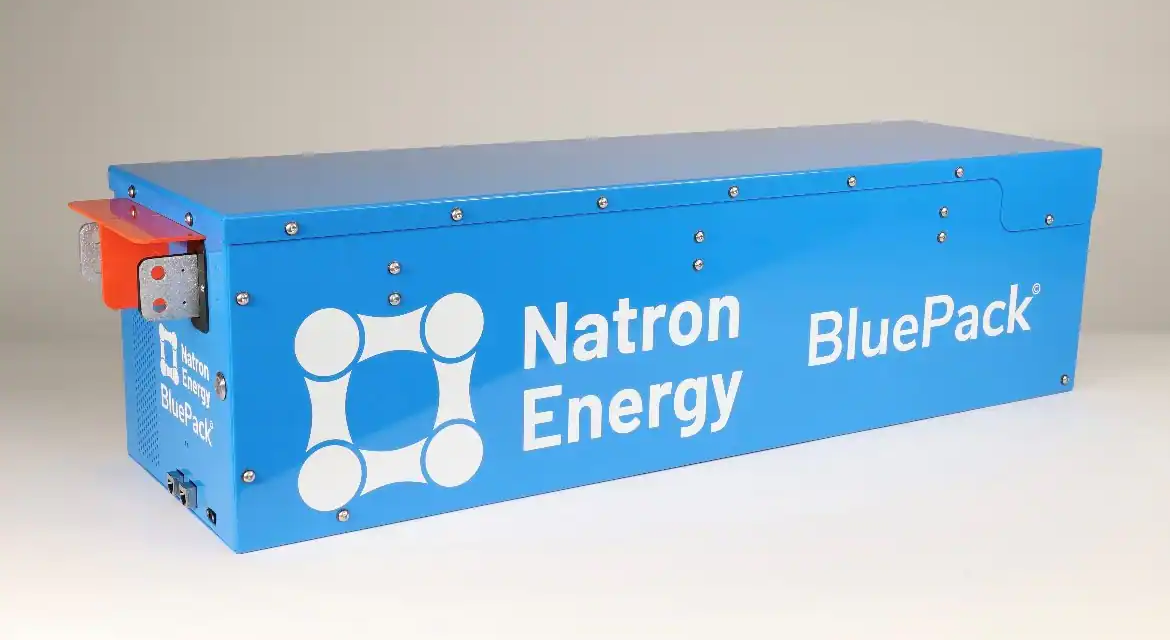 A Closer Look at United's Goal to Cut Emissions by 100%

To United Airlines, the Natron Energy investment secures some of the technology it needs to electrify its ground operations and reach its goal of net-zero greenhouse gas emissions by 2050.

United says it has improved its fuel efficiency by 45 percent since 1990. It is now funneling investments toward sustainable aviation fuel to boost that milestone even higher. In March, United Airlines Ventures and Oxy Low Carbon Ventures announced an equity investment in Cemvita Factory, a Texas-based biotech firm working to commercialize its sustainable aviation fuel. United also has an equity stake in ZeroAvia, a company developing hydrogen-electric aircraft powertrains, allowing it to purchase emissions-free hydrogen engines for its United Express aircraft by 2028.

While ground operations are only part of its carbon footprint, United Airlines is working to conserve fuel or use more efficient sources across most of its business. As of late 2021, more than 4,000 units of ground service equipment were electric or running on alternative fuels worldwide.

More broadly, United Airlines’ Corporate Responsibility Report indicates its direct emissions decreased from a pre-pandemic baseline of 34.4 million metric tons in 2019 to 21.3 million in 2021. Its indirect emissions (location- and market-based electricity consumption) also fell from 189,682 metric tons in 2019 to 160,794 in 2021. However, it’s unclear how the company’s ground service activities factor into these figures.

Facing growing public pressure and climate regulations, many airlines have adopted sustainable fuel sources and made various efficiency improvements to reduce their carbon footprints over the past decade. Airports have also taken steps to cut their ground operation emissions, supported by federal funding.

According to the International Energy Agency, the aviation sector accounts for about 2 percent of energy-related carbon emissions globally, or around 720 megatonnes (Mt). That’s more than the entire CO2 footprint of Canada, which totaled 672 Mt in 2020.