With the U.S. government kicking in $900 billion for electric vehicle charging infrastructure, private companies are stepping up to build charging networks.

In California, a company called TeraWatt  has raised $1 billion in funding to develop a nationwide charging network for commercial vehicles, initially focused on Western states but ultimately looking nationwide.  While a billion dollars is a lot of money in any day and age, the harsh reality is that to electrify the world’s transportation system by 2050, both the scale of doing this and its price tag will prove daunting.

The United States has set goals of 50 percent of new vehicle sales being electric by 2030 and all new vehicles electrified by 2035. Establishing the charging infrastructure to support millions of electric vehicles (EVs), including personal vehicles, light and heavy trucks, and buses, will require more than a trillion dollars over the next 20 years to accomplish, according to some estimates.

Reaching that goal will require the federal government to spend an enormous amount on infrastructure. Also necessary will be collaboration between stakeholders, including power grid operators, local and regional utilities, local and state governments, commercial developers, truck and bus fleets, and vehicle and charger manufacturers. Today, the United States has around 129,000 EV chargers installed nationwide, and the Biden administration has targeted having 500,000 installed by 2030. 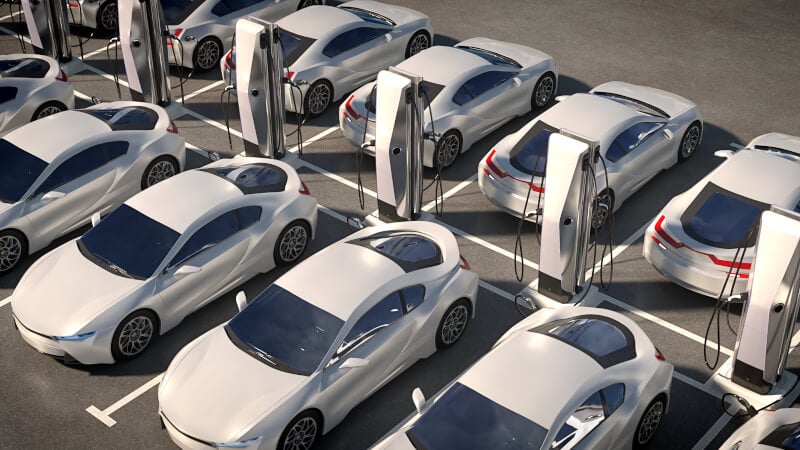 To do so, the recently passed federal Inflation Reduction Act (IRA) rewards the purchase of new EVs with a $7,500 tax credit and a $4,000 credit for used EVs. On the commercial side, the new Clean Commercial Vehicle Credit will provide 30 percent of the cost difference between an electrified vehicle and its internal combustion engine counterpart. This credit is limited to $40,000 per medium- or heavy-duty electric vehicle (more than 14,000 pounds).

To power the growing numbers of EVs, the Biden administration in September 2022 announced that it would invest $900 billion in EV charging stations. The plan is to build 100 million EV charging stations in 35 states and spanning more than 53,000 miles of national highways.

The new laws also offer federal tax credits to individuals (extending a law that expired in 2021) who purchase and install home EV chargers. The tax credit for individuals is 30 percent of the cost for charging hardware and its installation, with a $1,000 limit. These tax credits will be available through December 31, 2032.

For businesses, the incentives are even more significant. A business that installs a new EV charger gets a tax incentive of up to 30 percent of the cost of equipment and its installation. Before the IRA, the limit on the tax credit for EV chargers for a business totaled $30,000. With the IRA’s enactment, if a business installs a charging project after 2022, the tax credit is up to $100,000 per charger—note that this is per charger and not for the entire project.

TeraWatt expects to use the $1 billion it has raised to build charging solutions for commercial vehicle fleets. Electrification has reached a point where the delivery and trucking industries will require their own charging infrastructure to operate efficiently.

For example, TeraWatt was formed in 2021 to focus on the property, business, management, and financing end of commercial EV charging. As part of its business model, TeraWatt acquires strategically located properties and works with other stakeholders to build high-power charging infrastructure for light-, medium-, and heavy-duty fleet customers. TeraWatt specifically looks for high-traffic areas in metro and regional centers, as well as highway corridors of significance to the transport industry.

The firm has raised $1 billion to help it continue to build charging infrastructure at its current properties as well as grow its portfolio of charging locations with new properties.

Even for highly technical individuals, grasping the enormity of the challenge and scale of the numbers is difficult. Let’s say you were to receive $1 per second. To reach:

The federal government will be pouring hundreds of billions of dollars into electrification and the growth of nationwide charging infrastructure. While raising a billion dollars seems like a large sum, other charging giants like EVgo, Electrify America, and ChargePoint have market capitalizations of between $2 billion and $5 billion and are growing more consumer-oriented charging networks.

TeraWatt and these other charging companies are only at the beginning of the process. The trickle of money flowing into building an electrification infrastructure will soon become a powerful stream from a firehose.