Is Mobile Charging Sending the Wrong Message About EVs?

Is Mobile Charging Sending the Wrong Message About EVs?

Providing charging to stranded electric vehicles is a valuable service, even if it creates some perception problems.

For the most part, people dislike change. It is easier to wake up each morning and expect the day to be just like those that came before. Climate change is disrupting that easy flow, however, and electrification of transportation is one of the most visible ways that our future lifestyle is changing. 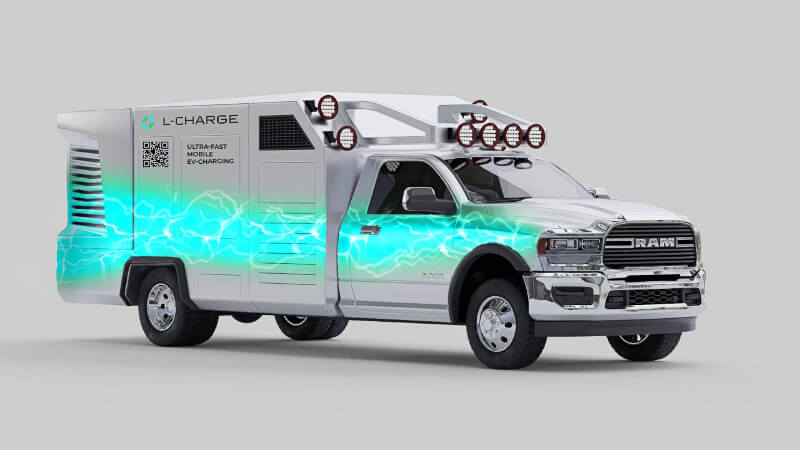 This makes electric vehicles an easy target for naysayers and critics who wish to cling to their fossil-fueled vehicles as long as possible. EVS are also a target of oil companies that hope to pump every last gallon of crude oil out of the ground even as they jump on the renewable energy bandwagon.

Occasionally, a news item comes along that, unintentionally, provides potential ammunition to the anti-EV crowd. Such is the case with a recent press release announcing that a company called A-1 Alternative Fuel Systems has joined with a United Kingdom-based company called L-Charge to provide emergency mobile charging to EV drivers in California.

The L-Charge idea is straightforward. Occasionally, EV drivers will make a mistake and run their battery down enough so it will no longer move the vehicle. In this case, an L-Charge vehicle with a large onboard generator will arrive and provide 120 kilowatts of DC fast charging to recharge the EVs battery to 80 percent capacity in about 15 to 25 minutes. The EV driver is on his or her way, and all is right with the world.

Where things get sticky is how the L-Charge charging truck’s generator is powered. Ideally, the truck would have a large bank of batteries that could transfer their charge to the uncharged EV battery. A lithium-ion battery has an energy density of around 0.5 megajoules per kilogram. Natural gas, on the other hand, has an energy density of around 50 MJ/kg, so powering the generator on the L-Charge truck with a fossil fuel makes sense.

Recharging an EV using lithium-ion batteries on an emergency charging vehicle would mean the helper vehicle would need to frequently return to its base to charge the batteries used for its onboard power supply.

Unfortunately (or perhaps, fortunately, if you have watched enough disaster movies), the world isn’t run by engineers. EV critics can point to social media memes of Teslas being charged by huge smoke-belching diesel generators and claim that EVs have no real future. Perception becomes reality, and the idea that EVs are a much cleaner way to move people and goods goes out the window. 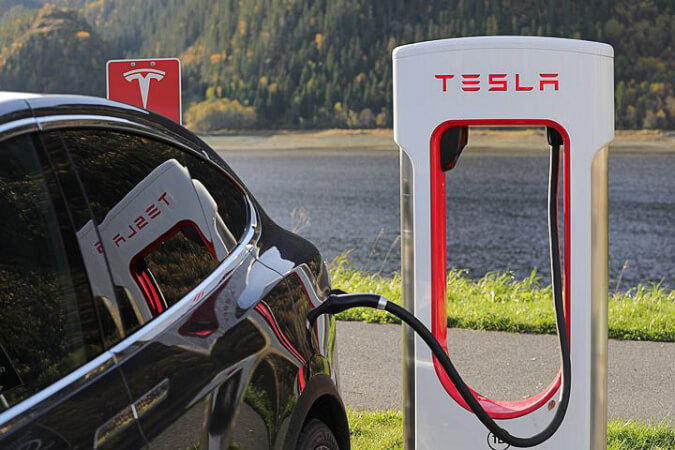 A car receiving a charge from a Tesla charger. Image used courtesy of Pixabay

For their part, L-Charge and A-1 Alternative Fuel Systems plan to switch the fuel source of their onboard generators to green hydrogen when it becomes available. Until then, the companies will power the equipment with compressed natural gas, liquefied natural gas, traditional hydrogen, or a blend of “clean fuels.” They state their goal is to reduce the carbon footprint of the transportation system by helping with the proliferation of EVs.

In the news release about the charging service, both companies stress that the recharging service is an alternative to grid charging. The claim is that the L-Charge concept can help grid operators by reducing demand on the power system through the off-grid mobile charging service. This seems problematic.

It’s one thing to use fossil fuels to provide emergency power to charge a stranded EV but quite another to use a mobile generator running on natural gas as the daily method to charge an EV, especially in an area that already has problems with air quality caused largely by burning fossil fuels. Saying your system is powered by clean fuels does not make it so.

Here is a dilemma: L-Charge and A-1 Alternative Fuel Systems have developed a useful service to help stranded EV drivers who have carelessly discharged their onboard battery completely. But in doing so, they help create a perception that EVs are little more than a gimmick and will always need the support of dirty fossil fuels.

The net result is probably more negative than positive, and both companies should reconsider their messaging if they want to meet their goals of reducing transportation’s carbon footprint.