ECCE, the foremost IEEE conference in the field of electrical and electromechanical energy conversion provided an international audience the opportunity

ECCE, the foremost IEEE conference in the field of electrical and electromechanical energy conversion provided an international audience the opportunity for exchange of technical knowledge, networking, and exposure to the latest technology trends.

The 2016 IEEE Energy Conversion Congress and Expo, ECCE, took place from September 18-22 at the Milwaukee Convention Center, Milwaukee, WI, USA, in the heartland of North America’s electric drive and electrical equipment industry. ECCE is co-sponsored by the IEEE Power Electronics Society (PELS) and the IEEE Industry Applications Society (IAS) and is considered the world’s leading conference and technical exposition in the field of energy conversion.

The ECCE presented its usual perspective of the industry with emphasis on integrated systems and topics on contemporary energy conversion as well as discussion of innovations from the more fundamental components. The topics were wide-ranging, and included power converters, motors and motor drives, renewable energy, smart-grid, lighting and power semiconductor devices. 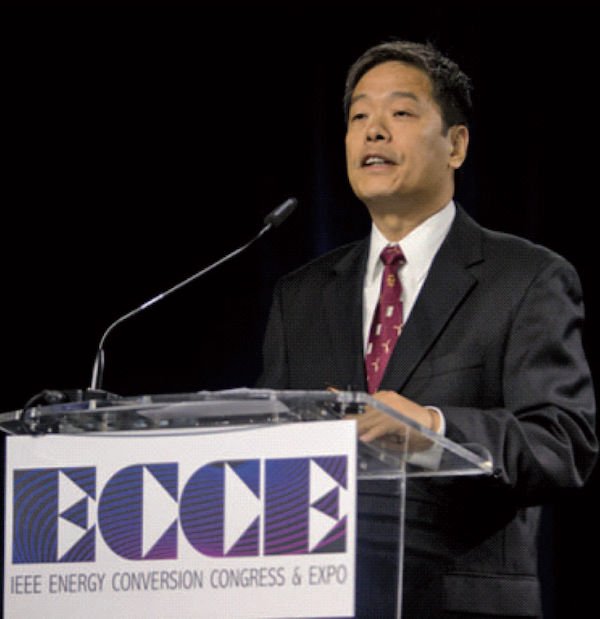 The 8th annual ECCE continued its tremendous growth both in the number of attendees and in the number of technical papers submitted for review. A record high of 1650 attendees participated in this year’s conference while the 1717 digests submitted exhibited a 10% increase over the previous mark set in 2015. From these, the conference committee selected a total of over 925 papers for presentation which were organized into 16 parallel tracks of oral sessions each day and 3 poster sessions. This represented a competitive acceptance rate of 53.9% and ensured a program full of high-quality submissions.

The conference had strong international participation with over 42 countries from around the world represented; 49% of the attendees were from North America, 30% from Asia, 17% from Europe and 4% from other areas of the world.

In addition to the peer-reviewed technical sessions the conference featured interactive Town Hall Forums, Student Demonstrations and Special Panel Sessions consisting of invited presentations. There was also a full day of tutorials offering in-depth discussion of state-of-theart topics presented by world-class experts in the field on the Sunday prior to the conference opening.

The Town Hall Forums were described by conference organizers as a public forum to discuss topics that are state-of-the-art, forward looking, controversial and motivate creative and innovative thinking. This year’s forum topics focused on the internet of things and the new frontier of the grid.

Wide-bandgap (WBG) semiconductor devices were a major topic at this year’s ECCE. Both SiC and GaN devices and applications were featured in many conference sessions, as well as a special session devoted to the use of SiC MOSFETS for industrial applications. Conference General Chairman, Professor John Shen of Illinois Institute of Technology noted that historically the wide-bandgap themed sessions are some of the most highly attended at ECCE.

High-voltage SiC MOSFETS, IGBTs and modules at 10-15kV for gridconnected inverters received considerable attention. Because of the lack of commercially available devices at these voltages most of the research efforts focused on series connected lower voltage devices, typically 1.7-3.3kV. The key to these designs is to develop dynamic voltage sharing techniques to minimize the effects of mismatches in the device characteristics and gate signals. Various approaches were discussed including simple RC snubber networks [1-2] and a Supercascode structure [3].

As SiC becomes more mature, and moves into more mainstream applications, reliability and robustness become a greater concern. This was reflected in a number of presentations addressing reliability issues from basic material through devices to full systems. At the basic materials level, the University of Warwick presented a study of the impact of triangular defects on the performance of SiC PiN diodes [4].

The defects were attributed to both substrate issues as well as epitaxial growth conditions. They showed that the presence of these defects could raise leakage currents by up to 6 orders of magnitude and result in soft-breakdown characteristics. A collaboration between Aalborg University, Aalborg Denmark and ABB Corporate Research, Västerås, Sweden studied the reliability of SiC MOSFETS from a user perspective [5]. They studied both the electrical characteristics of the die and also the package properties of the modules under a variety of standard reliability tests including high-temperature reverse bias, high-temperature gate bias, thermal cycling and high temperature, humidity, reverse bias. Although the sample sizes were small, they concluded that most devices tested showed adequate tolerance to the stress conditions, although there was some significant variation observed between their samples.

Robustness of wide-bandgap devices against short circuit stresses was addressed in a number of presentations. The University of Berlin, Berlin, Germany benchmarked 600V GaN HEMTS against Si and SiC Power MOSFETs for robustness in short-circuit mode [6]. Their measurements showed that the Si and SiC MOSFETs were capable of withstanding short-circuit times up to 13μs at 400V and 150°C, while the normally-off and cascode GaN devices demonstrated considerably less withstand capability.

The University of Aalborg, Aalbog Denmark studied the short circuit safe operating area (SCSOA) of SiC power MOSFET modules and concluded that two separate failure mechanisms contribute to device degradation under short circuit conditions [7]. The first mechanism results in excess drain-to-source leakage and is attributed to a local fusion of the surface metal as a result of the high energy dissipated during the event. The second mechanism occurs at the gate terminal and is attributed to degradation of the gate oxide due to high gate leakage currents exacerbated by the high-temperatures that occur during the short circuit stress. 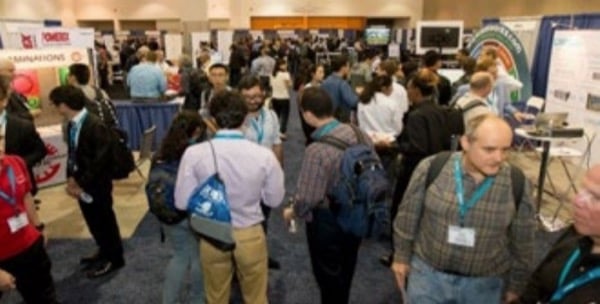 A number of presentations were devoted to the growing field of electric vehicle (EV) applications. The University of Hannover, Hannover Germany, designed, tested and implemented a 60kW SiC traction inverter for electric vehicle systems combined with a boost DC-DC converter [8]. The system was switched at >40kHz. A number of innovative solutions were discussed to enable plug-in hybrid EV applications in which the coolant temperatures can be as high as 105oC. In addition, the total chip size was reduced by a factor of four compared to a silicon solution with comparable power rating.

A two-staged converter consisting of buck and multi-phase interleaved LLC-SRC was chosen as the main topology. Arizona State University, Tempe, AZ, USA and Texas Instruments, Phoenix, AZ, USA demonstrated a GaN based active clamp 2.2 MHz buck converter for automotive point-of-load applications [11]. The converter implements zero-voltage switching for both the main and auxiliary switches to achieve both low EMI and high-efficiency operation. Peak efficiencies of 91.8% to 93.2% were obtained at 12V input, 5V output and 2.2 MHz switching frequency.

Comparison between GaN, SiC and Silicon

Several presentations were concerned with a comparison between GaN, SiC and Silicon for various circuit topologies and applications. Texas A&M University, College Station, Texas, USA presented a comparison between GaN and SiC Quasi-Z--Source multiphase inverter for photovoltaic applications [12]. Their results showed that the front end isolated converter has a higher efficiency when using the GaN devices.

Stanford University, Stanford, CA, USA did a comparison of GaN vs SiC devices in a 6.78MHz, 2.2 kW resonant inverter for wireless power applications [13]. A single-ended 2-phase inverter with 1200V SiC MOSFETs had a 93% efficiency with 400V input while a push-pull inverter with two 650V GaN FETs showed 96% efficiency at 200V input.