EV Batteries Can Power Tools, Back Up Grid, Enable Glamping

EV Batteries Can Power Tools, Back Up Grid, Enable Glamping

The average U.S. commuter only travels around 40 miles each day, yet consumers have made it clear that they want a range of at least 200 miles on a charge for their electric vehicles (EVs). This means a much bigger battery than is strictly necessary to meet daily needs is carrying around a bunch of extra electrons. Some clever people have started to figure out what to do with all that extra capacity. 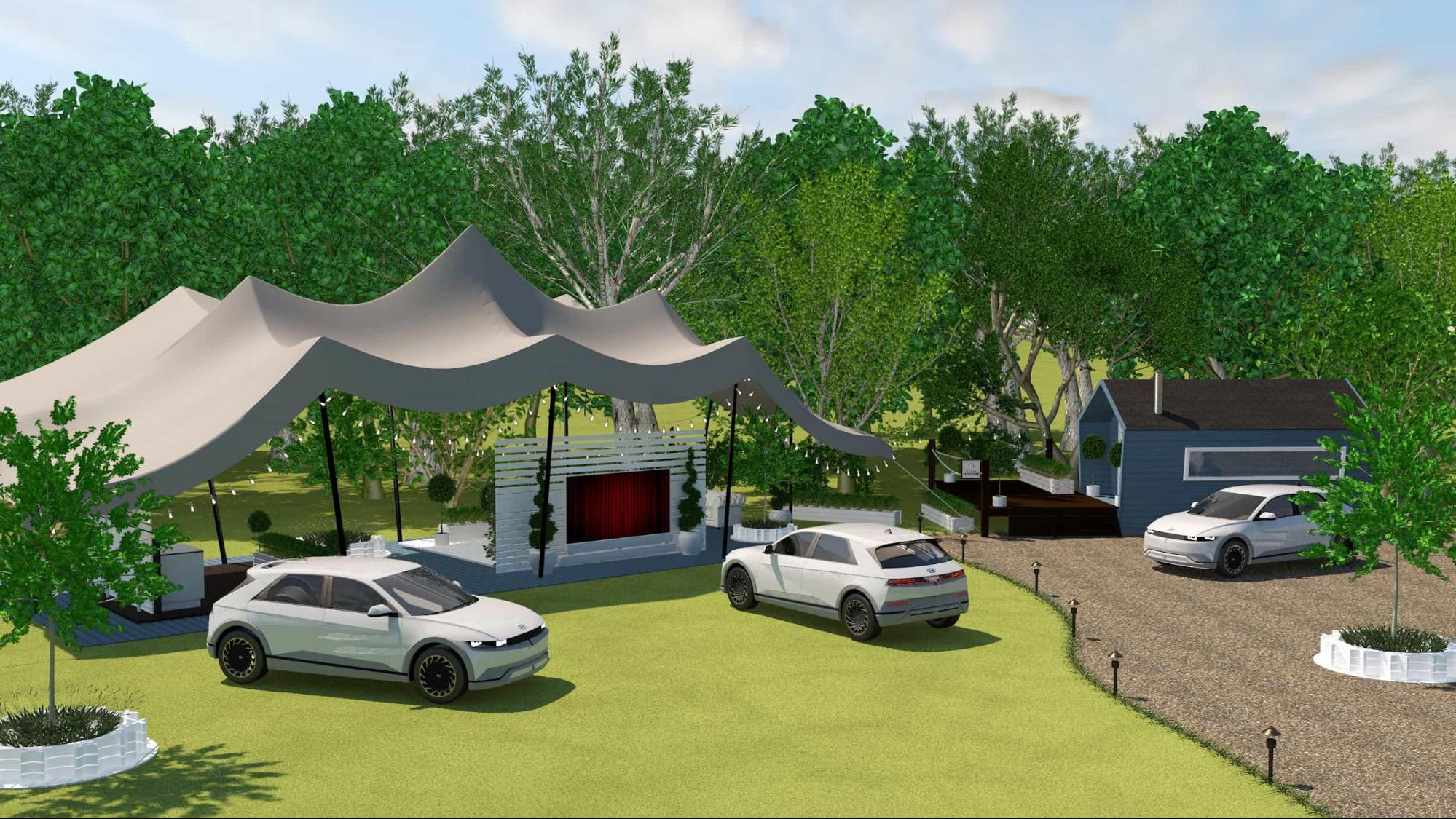 One of the obvious uses for an EV battery came to light when Ford, while launching its F-150 Lightning electric pickup truck, suggested that it could be used to provide electricity for a variety of power tools at a construction worksite. The company even released a photo of equipment sitting on a truck tailgate and plugged into receptacles in the truck’s bed. 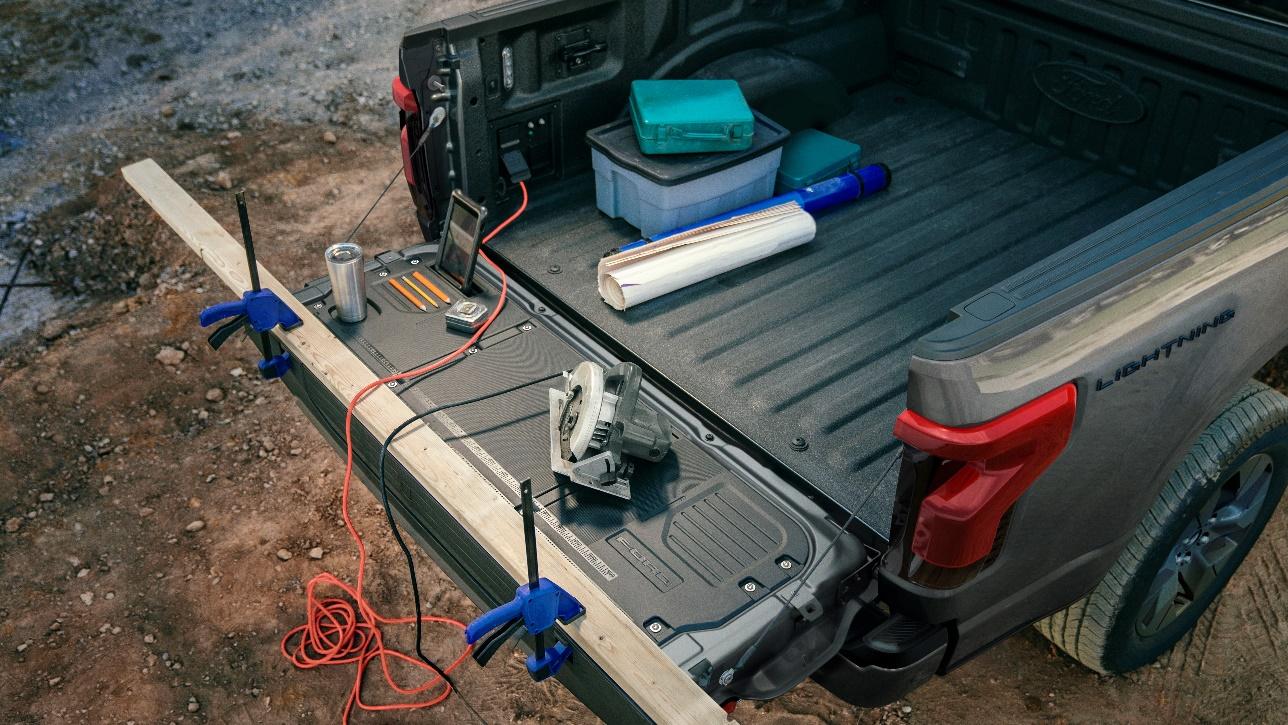 Then, following several well-publicized electrical grid power outages, Ford showed how the extra capacity of its Lightning battery could be used to provide emergency backup power to a home after a natural disaster. 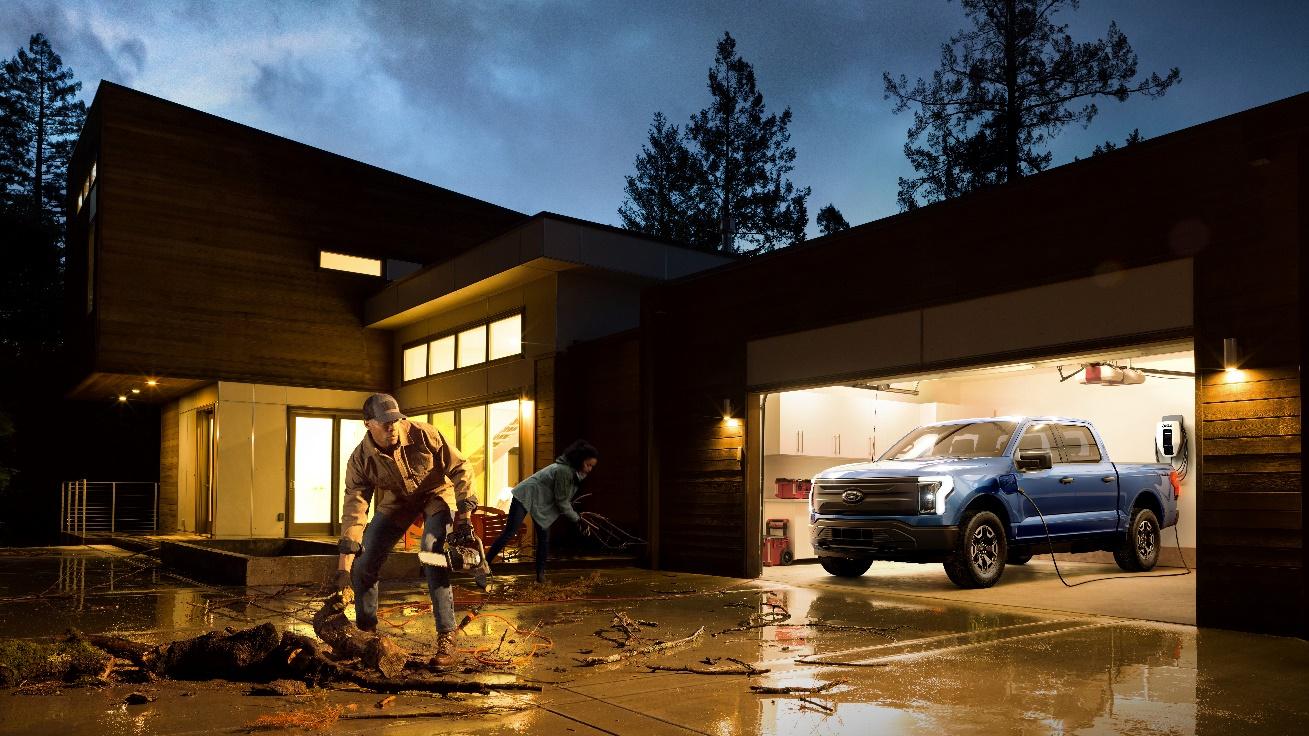 Not to be outdone, General Motors is working on a backup power solution using its soon-to-be-released Silverado EV pickup with Pacific Gas and Electric Company (PG&E), The goal is to provide vehicle-to-home (V2H) capability in case of a short-term power outage. GM is putting significant resources into developing bi-directional charging capability so an EV can serve as an emergency power source.

It isn’t only using EVs for emergency power that has gained attention. The Hyundai Kona Electric comes with a “utility” mode that can be used to provide outback power on camping, or rather glamourous camping (“glamping”) trips. Hyundai produced a television commercial that shows the usefulness of its EVs to provide lights, music, and electrical power while out in the wild.

Hyundai also has come up with a unique way to demonstrate the vehicle-to-load (V2L) capability of its EVs. Situated in the Essex countryside, just about an hour by car away from London, Hotel Hyundai is offering an off-the-grid luxury cabin with electrical power coming entirely from the guest’s Hyundai Ioniq 5.

Hotel Hyundai draws all its power from the Ioniq 5’s battery. Image used courtesy of Hyundai

The cozy, one-room cabin can accommodate two guests and features rustic wooden plank flooring and an electric space heater. The cabin sits on a 200-acre site that includes farmland and woodlands and is near the 81-mile Essex Way hiking trail. As an added extra, the Greensted Church, considered the oldest wooden church in the world, is a short hike away.

Welcoming cocktails, a three-course meal, an evening movie (don’t forget the popcorn), and breakfast are all part of the package. It’s just like a luxury boutique hotel, only the lights, USB charging points, tea kettle, heater, shower, and even a cinema and popcorn maker are powered by the V2L technology available on the Ioniq 5.

The V2L feature of the Ioniq 5 can supply 230-volt AC power to a maximum of 3.6 kilowatts, which allows a total current draw of 15 amps. An adapter from the car is used to provide the electrical power connection to the cottage and that can also be used to plug in regular electrical equipment and appliances. In the United States, the lithium-ion battery of the standard range version of the Ioniq 5 has a 58-kilowatt-hour (kWh) capacity, while the extended-range versions carry a 77.4-kWh rating.

Is the Hotel Hyundai a Gimmick?

Of course, it’s a gimmick. A study by Hyundai found that nearly half (46 percent) of the people surveyed in the United Kingdom said sustainability and the environment are more important to them now than they were five years ago when choosing accommodations for holiday travel. More than half (55 percent) said they would like to spend their vacation money aiding the local U.K. economy instead of abroad.

The clever people at Hyundai used this information to create the short-term Hyundai Hotel off-grid cottage experience. Though it was only open for three weeks recently, this experience gathered beneficial attention for Hyundai and its Ioniq 5, along with the idea that V2L can allow EVs to do more than just provide transportation.