Impulse has raised $20 million to improve the performance and simplify the adoption of electric stoves through battery technology.

Compared with gas stoves, the performance of electric, or induction, kitchen stove tops have traditionally been perceived as poor with uneven heating and difficult controls. Installing a new induction stove presents challenges as well, with potentially expensive panel upgrades and complex wiring to accommodate the up to 40 amperes at 240 volts that are usually required. 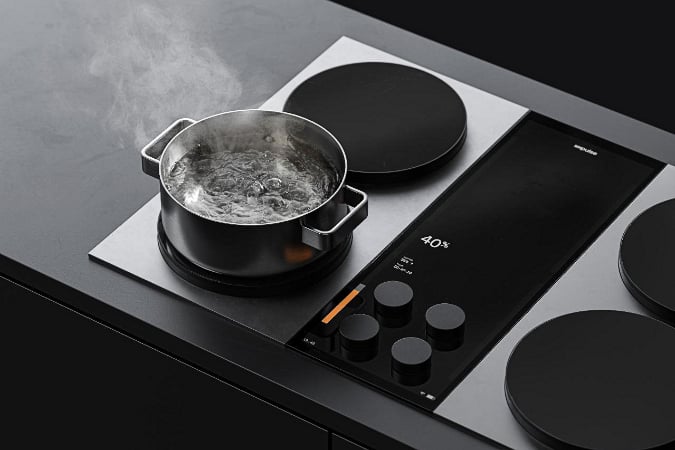 Gas stoves, while popular, are not always good for personal health or the environment. Combustion toxins, gases released into the home during the ignition process, include nitrogen dioxide, carbon monoxide, and formaldehyde, known lung irritants linked to respiratory conditions and asthma in children. Roughly one-third of American homes use gas stoves which contribute to the 13 percent of total carbon emissions generated from commercial and residential building energy use.

These challenges are the premise for the next generation of battery-integrated electric stoves recently announced by Impulse. The San Francisco, California-based company also just announced a $20 million Series A funding round for the marketing and development of its potentially transformative induction stove technology.

Integrating a battery into a stove top appliance does a couple of things. First, the rapid discharge lithium-ion (Li-ion) battery allows the Impulse stove top to deliver more power, providing better heating performance. Also, the battery helps handle peak power during use so a standard 120-volt/15-amp outlet is all that is required for installation.

The performance improvement is significant. The company claims its induction stove can make tasks like boiling water up to 10 times faster than gas equivalents. In a video published on Twitter by the company’s founder Sam D’Amico, one liter of water is boiled in 40 seconds using the Impulse technology, compared with 400 seconds for a traditional gas stove.

How does integrating a battery do this? When the stove is not operating, the Li-ion battery can charge and accumulate power. When the stove is being used, this stored energy can then be deployed from the rapid-discharge batteries, quickly delivering large amounts of peak power and providing better heating performance.

Counterintuitively, the stove actually requires less line power from the grid since the battery handles peak demand loads, which is also why only a standard 120-volt outlet is needed. It’s a really clever concept if you think about it, since the operating duty cycle (percent of time the stove is in use) of a home stove is pretty low.

Further sweetening the deal for potential customers, sources indicate the battery in the stove has a capacity of more than 3 kilowatt-hours (kWh), which may qualify it for the 30 percent tax credit for home battery installations that is part of the Inflation Reduction Act.

Adding batteries to appliances such as stoves is in line with trends toward overall electrification of the home that reduce reliance on carbon-based energy and help renewable power sources, including home solar, become more practical and economically viable.

Energy storage is key for renewable sources such as solar, ensuring power is available at night, or during periods of low power production, and allowing surplus electricity collected during peak supply to be sold back to the grid to optimize costs. This is essentially “moving energy around in time,” a key function of an energy storage battery.

Tesla has been doing this for a number of years with Powerwall, a home energy storage solution based on the company’s electric vehicle battery technology designed to work with home solar systems. During a blackout or other loss of power, battery-powered appliances could be a real convenience. 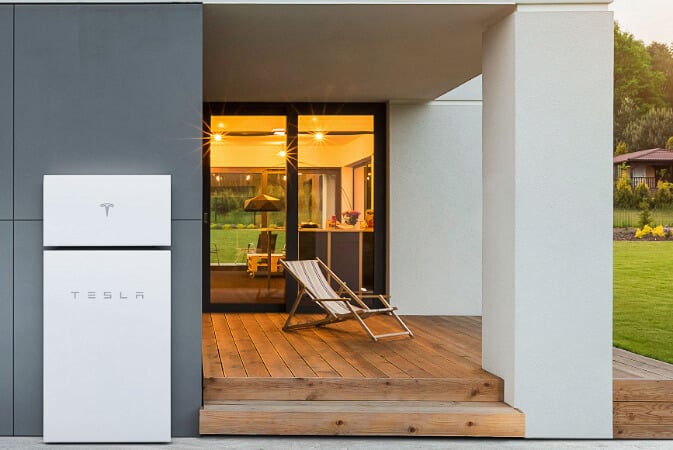 Battery-Powered Appliances Could Have Bright Future

Impulse is starting with the kitchen stove, but if successful, the opportunity extends much further. If higher power delivery is compelling for stoves, why not other electric appliances including dryers or HVAC (heating, ventilation, and air-conditioning) systems? In many parts of the country, electric heating can be cost-prohibitive, forcing reliance on oil, natural gas, or propane. Perhaps there will be an opportunity in the near future to enable a faster, cheaper, and better-performing home heating solution based on a similar approach.