Powered by a nuclear battery, or Radioisotope Thermoelectric Generator (RTG), Voyager is still exploring the unknown.

Launched on August 20, 1977, Voyager 2 reached the 45th anniversary of its launch just last month. Voyager 1 was launched soon after on September 5, 1977, and to this day both probes continue transmitting valuable insights on the fringes of our solar system, and beyond. The primary mission of the Voyager program was to explore Jupiter and Saturn, but this mission was soon extended to Uranus and Neptune, and then on to interstellar space, the Voyager Interstellar Mission (VIM). 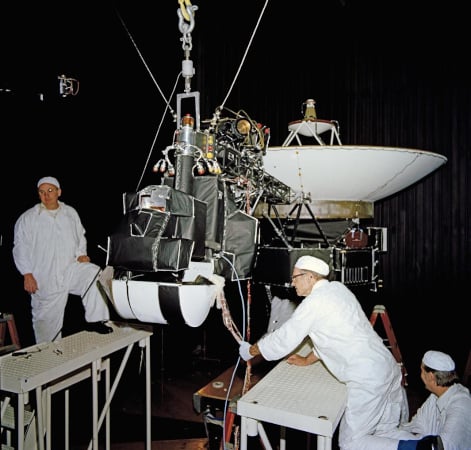 According to NASA the Voyager probes have about 3 million times less memory than a modern cell phone and transmit date 38,000 times slower than a 5G internet connection.  Despite this, according to NASA experts “Over the last 45 years, the Voyager missions have been integral in providing this knowledge and have helped change our understanding of the Sun and its influence in ways no other spacecraft can.”

The Voyager probes have a broad array of sensors and instrumentation that have enabled it to collect its unique data set over the years. These include various spectrometers, a cosmic ray subsystem, magnetometer and others. Along with other recording and transmission protocols, a deep space communications infrastructure allows the probe to transmit continuously at 160 bps through the Deep Space Network (DSN). 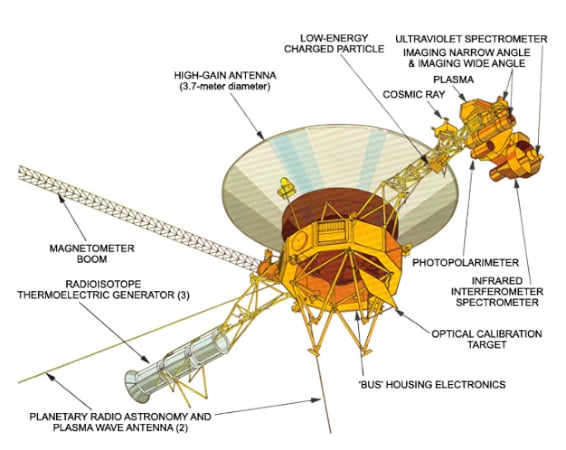 Electrical power to the Voyager probes, and their payloads, is provided by three Radioisotope Thermoelectric Generators (RTGs), also commonly referred to as nuclear batteries. Today, the power levels for each spacecraft are about 249 W, a little more than a typical desktop computer. Over time, as the capacity of the nuclear batteries has declined certain instruments have been turned off to help maintain the mission.

The Engineering Behind Radioisotope Thermoelectric Generators

Radioisotope power systems (RPS) provide heat and electricity in space applications like Voyager where solar, chemical batteries and fuel cells are not practicable. The current platform used by NASA, the Multi-Mission Radioisotope Thermoelectric Generator (MMRTG), was flown previously on the two Viking landers and Pioneer 10 and 11.

The technical principles behind an RTG are pretty simple. Heat from the decay of a radioactive isotope is directed to a thermoelectric converter that converts the thermal energy to usable electricity. From there, the engineering gets more complex. 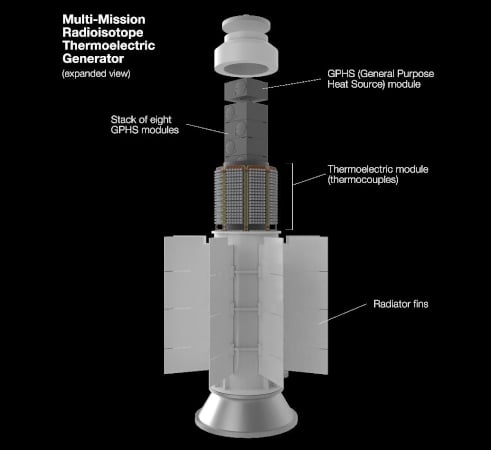 At the heart of the RTGs used by NASA is the General Purpose Heat Source (GPHS) Module. The GPHS is the module that contains the heat generating radioactive isotope, in the case of NASA, plutonium-238 (Pu-238). The fuel is packaged into ceramic pellets of plutonium dioxide with a protective casing of iridium. Each GPHS is about four inches by two inches in size, weighing 3-4 pounds and capable of generating up to 250W when initially deployed. This capacity decreases over time as the isotope decays. The modules are subject to rigorous mechanical testing to ensure their integrity is maintained, even under the most severe stresses.

The choice of isotope for an RTG really depends on the application. Short half-life isotopes decay faster generating more heat and power, but will have a shorter operating life. The radiation type emitted by the isotope is also a consideration relative to the thermal properties and shielding requirements.

To date the practical applications of RTG technology on Earth has been limited due to commercial and technical challenges. They have found adoption in niche, remote sensing applications like arctic monitoring sites, where traditional batteries are not practicable, and human access is limited. But as modern societies look for new sources of reliable, affordable and clean energy, RTG solutions may be getting a fresh look.

He said, "Often we find out that the idea is as nutty as it seems but we bump into something else along the way that is even more interesting.”

Back in space, the Voyager program continues to deliver.

“The Voyagers have continued to make amazing discoveries, inspiring a new generation of scientists and engineers,” said Suzanne Dodd, project manager for Voyager at JPL.

Where is Voyager Now?

If you are curious, real-time telemetry for the Voyager probes is available from NASA on the Voyager website.