Building-integrated photovoltaics (BIPV) are PV materials that are used to replace conventional building materials in parts of the building envelope.

Residential architects and builders are also beginning to integrate PV materials into the exterior of a dwelling. BIPV can be attached to a residence as curtain walls, paneling, balconies, or sunshades. Also, PV vision glass can be used instead of traditional double-pane windows and skylights to provide both electricity and transparency.

Several types of PV materials can be integrated into glass. For example, special solar PV glass blocks can be used to replace traditional glass blocks. These glass blocks contain solar cells with specialized optics that focus the light onto the PV material (see Figure 1). 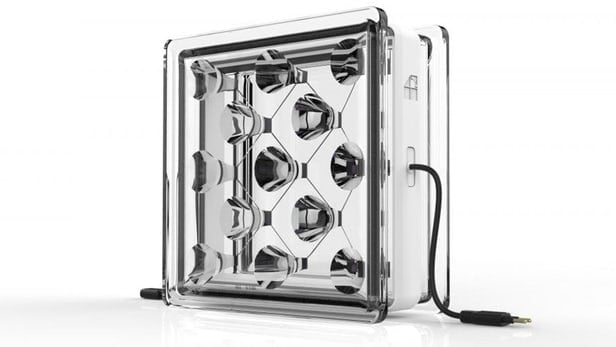 The advantages of BIPV systems include that they do not require additional land, they reduce building energy consumption, and they can transfer energy with negligible transmission losses. Some barriers to BIPV systems can include the cost of BIPV products, maintenance, and a lack of knowledge to design with BIPV technology. The installation of BIPV also requires cooperation across multiple building trades, such as electricians, roofers, architects, and engineers.

Solar roofs can be installed instead of traditional roofs using interconnecting solar sections or individual solar tiles. Some BIPV manufacturers, such as Tesla, have developed solar tiles that appear aesthetically similar to traditional roofing when viewed from street level (see Figure 2). Solar tiles are installed together to construct solar roofs with varying generation capacities. Solar tiles are made with tempered glass to make them stronger than standard roofing tiles. These materials tend not to degrade over time, like asphalt or concrete tiles.

Solar roofing requires the individual solar sections or tiles to be electrically connected to generate power for the dwelling. Some manufacturers design these solar sections or tiles to be electrically connected using wires and plug-in connectors. Tesla's solar tiles are unique because a polymer paste is used to connect one tile to another tile. The polymer paste bonds the two overlapping tiles, allowing electricity to flow from tile to tile. This type of connection is designed to be more resistant to temperature changes and weather conditions than soldered metal connections between cells.

The cost of a solar roof is based on the estimated square footage of the roof, which includes the cost of materials, installation, and the removal of the old roof. Additional costs can include gutter and skylight replacement. Other cost considerations include the number of sunlight hours per year where the dwelling is located, solar panel efficiency, and federal solar tax credits.

A homeowner can either design a PV system or buy a pre-engineered PV system that uses compatible devices to operate at maximum capacity. The first step in designing a PV system is to determine whether the site receives enough sunlight to make the system viable. The solar potential of a site can be calculated by consulting an insolation map. An insolation map is a map that indicates the average solar energy received in hours of peak sunlight per day on a specific area in a given month or year (see Figure 3). In the US, the summer months allow more solar energy to be produced than during the winter months. 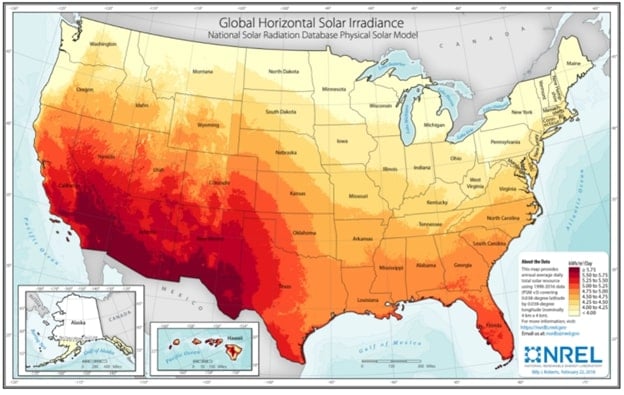 Figure 3. Insolation maps indicate the average solar energy received in hours of peak sunlight per day on a specific area in a given month or year. Image courtesy of NREL

On average, for every 1000 W of PV power required, a dwelling requires 100 sq. ft of space to mount PV modules. The area around the PV modules must be left open for maintenance or repair access. If the location limits the physical size of the system, more efficient PV modules may be required. Each 1000 W of PV modules can generate about 1000 kWh per year depending upon location.

Solar arrays are ideally oriented south and produce 95% of their full power when within 20° of the sun. Therefore, the roof does not need to be perfectly tilted or oriented toward the sun. For flat roofs, solar arrays can be mounted on frames and tilted up toward the true south. Less solar energy is received when a fixed array is oriented in a direction other than due south. This reduction increases with larger tilt angles, so orientation is more critical at higher latitudes. At lower latitudes with arrays installed at lower tilt angles, the effect of orientation is much less (see Figure 4). 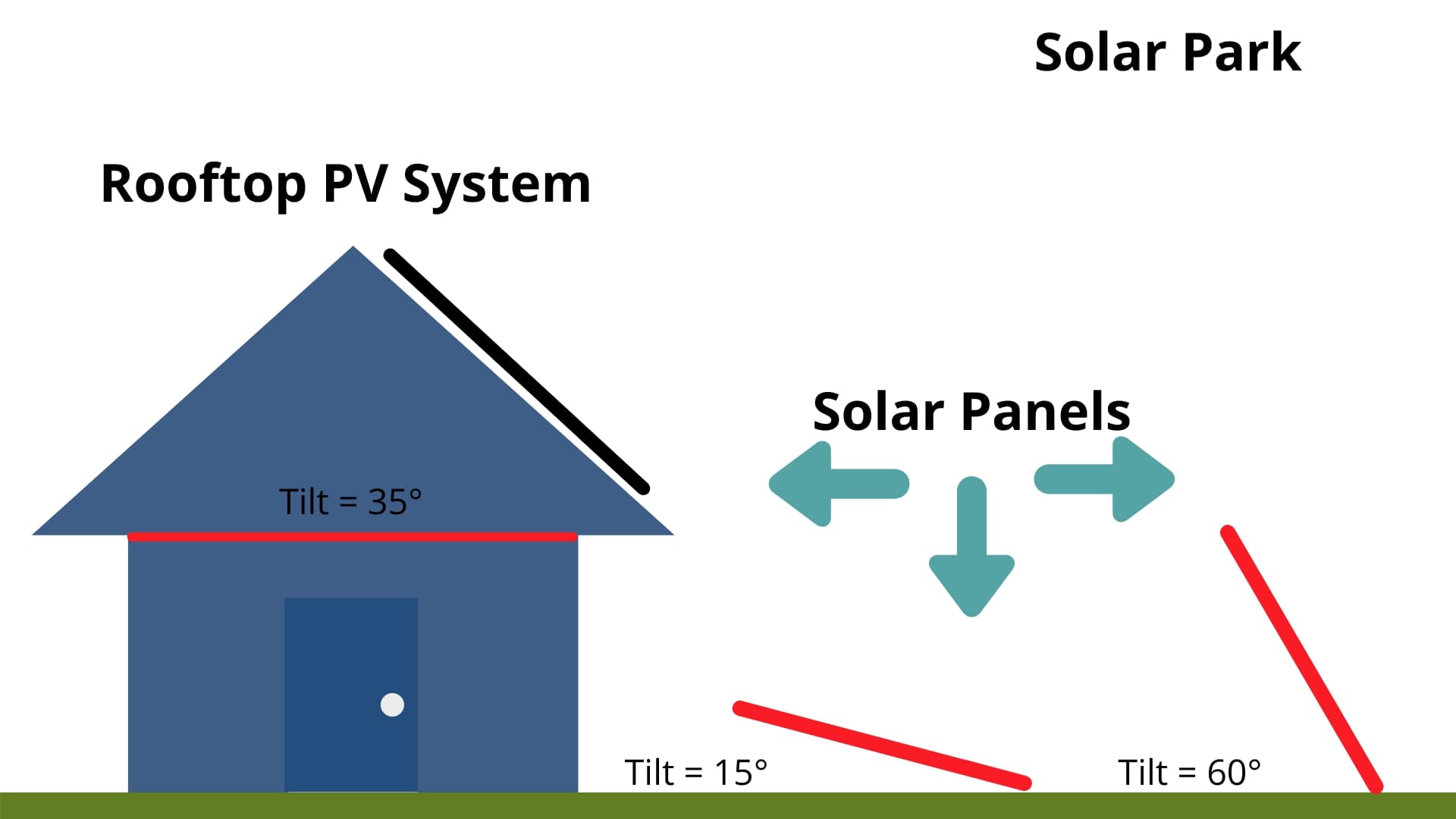 Figure 4. Solar array tilt angles can be adjusted in winter and summer to maximize system performance. Image courtesy of TUDELFT

The tilt angle is based on the latitude of the geographic location of the solar array, although it will vary by month. For example, Chicago, Illinois, at an approximate latitude of 42° N, requires a tilt angle of 48° in the spring and fall but ranges from 24° in the winter to 72° in the summer. Online calculators are available for determining the proper tilt angle based on location.

Solar arrays need unobstructed access to sunlight from 9 am to 3 pm throughout the year. Solar arrays can be optimized for either summer or winter gain by changing their tilt angle. To take advantage of the sun's high arc through the summer sky, the array should be positioned at a smaller tilt angle to maximize summer energy production. This may be advantageous for a system that requires a lot of energy in the summer, such as cooling loads.  The array should be positioned at a greater tilt angle to obtain more energy when the sun is lower in the winter sky to boost winter efficiency. This might be best for a system that uses more electricity in the winter, such as artificial lighting or heating.

The installation cost of a residential PV system in the US is based on the dollar amount per installed watt before government or utility incentives. For example, a PV system and the labor to install it may be $8 to $10 per watt. Some solar panels may have a lower cost per installed watt than higher efficiency panels, but they may also take up more space and require a larger mounting system. Other factors influencing the cost of a PV system include the size and type of the system, what type of mounting system is required, whether a battery backup is used.

If batteries are included in the PV system, both material and installation costs will be greater. Batteries can add 50% or more to the time required for the installation. The factors that determine the cost of a battery backup system include the price of components, cycle life, lifespan, and battery maintenance. A low installation cost may come at the expense of quality and battery life, and the need for frequent battery replacements will increase the cost over time.

The most important factor to consider in a battery backup system may be cycle life. Design, materials, process, and quality influence how long the battery will cycle. The typical battery lifespan is approximately 10 years, with monthly and yearly maintenance.