Learn about different magnetic circuits and how they aid in the operation of electrical devices.

The path followed by magnetic lines of force as they leave the north pole of a magnet and return to the south pole is known as a magnetic circuit. 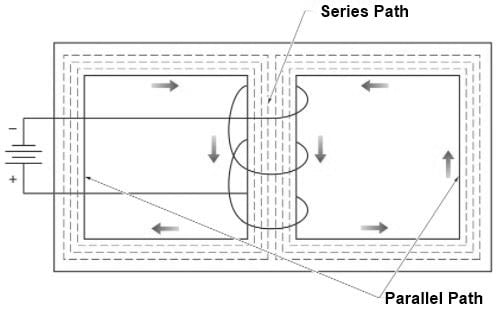 Figure 1. Magnetic circuits can have either series, parallel, or series/parallel paths.

Figure 2. Despite the similarities between Ohm's and Rowland's laws, a comparison reveals that each law has its own flow, force, and opposition parameters.

Magnetic flux (Φ) is a measure of magnetic induction, which is expressed by magnetic lines of force. See Figure 3. The maxwell (Mx), which is described as one line of flux, is the centimeter-gram-second (cgs) unit of flux. A maxwell is also characterized as a line of force.   In the meter-kilogram-second (mks) system of measurement, or Système International, the Weber (Wb) is the unit of magnetic lines of force. The mks system is based on the meter and kilogram instead of the centimeter and gram in the cgs system. 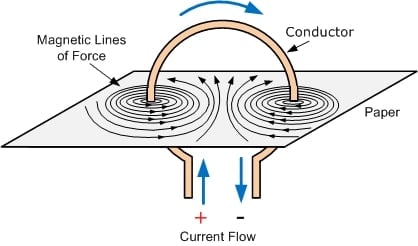 The formula to convert Weber to Maxwell is:

Magnetomotive force (MMF) is the current through a coil multiplied by the number of turns on the coil. Magnetomotive force, which produces the magnetic lines of force in a magnetic circuit, works on a similar concept as voltage (emf) in an electric circuit. A gilbert (Gb) is the unit of measure for MMF in the cgs system. A more common unit for mmf is ampere-turns. One ampere-turns is 1.257 gilbert.

For coils with a length that is ten times or greater than its diameter, the MMF is calculated by applying the following formula:

Example: What is the total MMF for a circuit that has 4 A of current flow and 200 conductor turns?