This article discusses the EMC measurement technology, which is performed under extreme conditions, during the development of snow guns.

TDK is not only a leading manufacturer of EMC filters but also a competent service provider in the field of EMC measurement technology. Such measurements during the development of snow guns are performed even under extreme conditions such as those in the Pfelders ski area in Italy.

TechnoAlpin from Bolzano in Italy is the world market leader in the development and manufacture of snow guns. These are incredibly complex machines that have an intricate control system and whose drives for pumps and fans are controlled by converters. The TDK Electronics development department for EMC filters in Heidenheim, Germany, was commissioned to develop and manufacture a combined EMC and harmonics filter (Figure 1) for the type TR08 snow gun. The subsequent measurement of the complete system in standalone operation in TDK's own EMC laboratory in Regensburg, Germany, revealed a total harmonic distortion (THD) value of the current of around five percent. 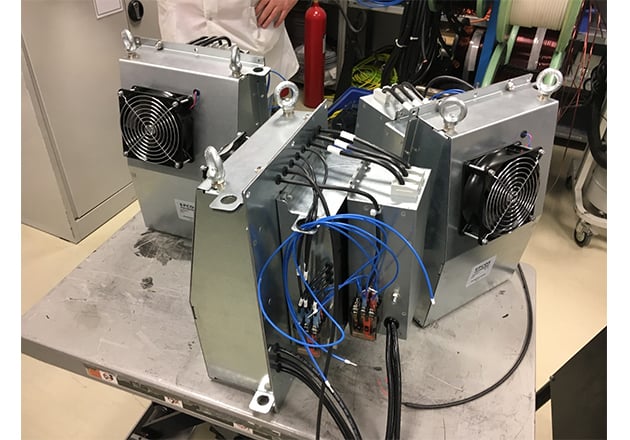 EMC Measurement at an Altitude of 2,000 Meters

To verify the functionality of the snow guns under real-life conditions it was necessary to perform an EMC measurement at an altitude of 2000 meters at the location of use in the Pfelders ski area. Consequently, all the measurement equipment had to be transported – by ski, in some cases – to this altitude. The measurements aimed to test in accordance with EN6100-3-12, which stipulates the limit values for harmonics of the current.

Harmonics measurements in the field are not comparable with acceptance measurements for standards performed in the laboratory. Standard-compliant measurement is performed on synthetic power supply networks, which is not possible in the field since other suppliers and loads are also attached to the same infeed section. For this reason, the quality of the existing network must be assessed before carrying out measurements on the object to be tested. In the actual example, the network also served the drives of the ski lifts that are operated via a thyristor-controlled soft-starter and produce a typical commutation notch at a 60° phase angle. In this operating mode alone, the measured THD of the current already stood at 7.3 percent. The Power Quality (PQ) box used for measurement detects the network quality and, in the case of a recognizably poor network, assesses this on a non-normative basis. This meant that a diagnosis using the PQ-Box was possible only to a limited extent.

In the measurements with the activated snow gun, it was ultimately a matter of recording the difference in the harmonic components under the widest range of operating states. In addition, it was necessary to test whether specific operating states cause the harmonics filters of the snow guns to resonate.

In the ski area, under all tested operating conditions and under partial and full load, the THD did not exceed 8.1 percent; the distribution across the various operating conditions was 0.5 percent (Figure 2). This not only verifies stable operation but also confirms that the significant proportion of the THD does not originate from the snow guns. 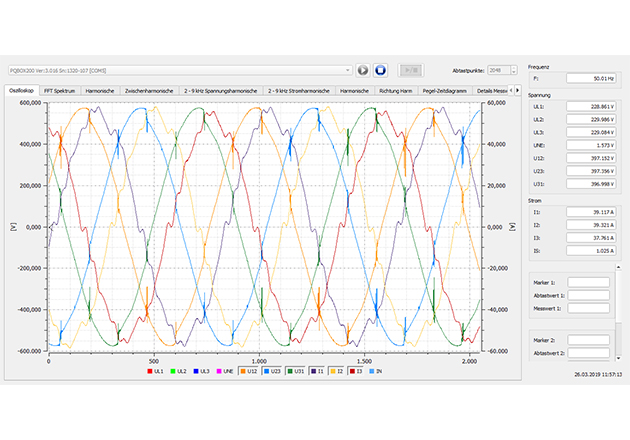 Figure 2: Screenshot of the voltage and current curves at full load, with all loads connected. A maximum THD of the current of 8.1 percent was not exceeded.

Although an evaluation for standards purposes could not be performed under the circumstances, it was possible to provide an estimate based on the measurement results according to the EN 61000-3-12 standard. Table 3 "Emission limits for harmonic currents for symmetrical 3-phase networks" shown in the standard was used for the assessment. A significant factor for the selection of the individual harmonic current components (I5, I7, I11, I13) is the specification of the short circuit ratio Rsce. This was defined with a value of 150. Not only were all resulting limit values complied with, but also the associated permissible characteristic values of the harmonic current. Conclusion: The TDK EMC filters meet the requirements of the system tested in the field.

Michael Vornkahl holds a Dipl. Ing. in Electrical Technology at the University of Applied Sciences in Ulm, Germany. He currently works as the Director of Development for EMC Filter, Magnetics Business Group, at TDK Electronics.