A Deeper Understanding of Power Factor

A Deeper Understanding of Power Factor

What is power factor and what is its importance? The definition is commonly presented for linear AC circuits (formed by resistors, inductors, and capacitors), but really this is only one case. This article introduces power factor as a general concept, explains its importance, and shows how to calculate, simulate, or measure it in real applications.

How to Calculate Power Factor

Power factor is an important parameter that comes into play every time a load is connected to the electric distribution network. The system can be modeled as a simple circuit: 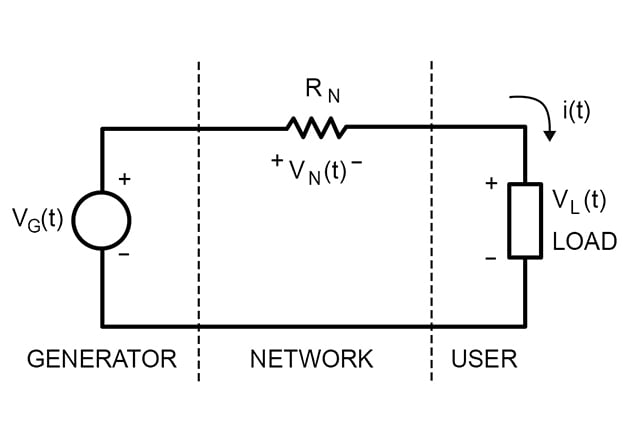 It is important to note that load is indicated as a generic load, so the waveform voltages and current can be:

In both cases the true power provided to the load can be calculated as:

The true power can be calculated, or measured, as the average of the product of instantaneous values of V and I.

If we suppose (real case) that:

so the generator provides a true power that is almost the same transferred to the load:

What about power losses associated with the distribution network? Let’s calculate:

PN depends only on the RMS value of the current, which in turn depends on the connected load.

In order to show these concepts, we can consider the following simple circuits simulated with LTSpice: 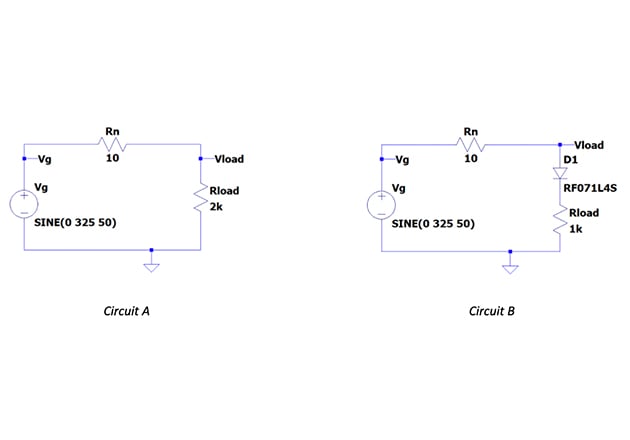 The simulation has been performed by using the typical voltage source 230Vac (sinusoidal 230VRMS, VPK=325V), measuring voltage (Vload), and current (Iload) at the load, and calculating the power for circuit A (pure resistive load) and circuit B (half-wave rectified resistive load).

Figures 2 and 3 the waveforms of Circuit A demonstrating voltage and current at the load and voltage-current product at the load. 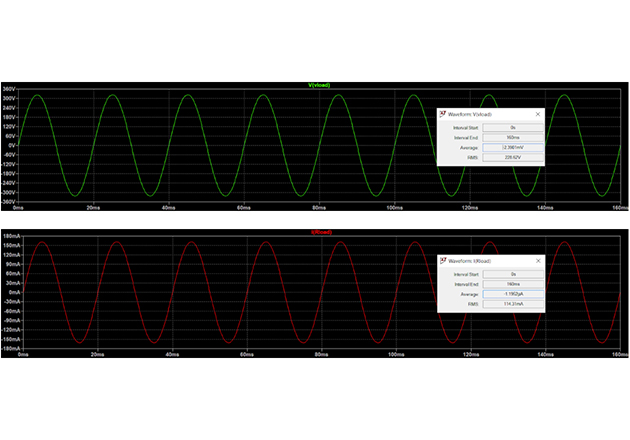 Figure 2. Circuit A: waveforms of voltage and current at the load 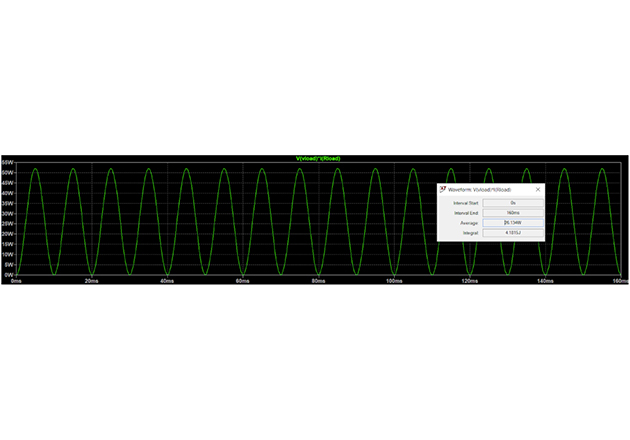 Figure 3. Circuit A: waveform of voltage-current product at the load

From the waveforms above we have:

Now let’s check those same waveforms of Circuit B, shown in Figures 4 and 5. 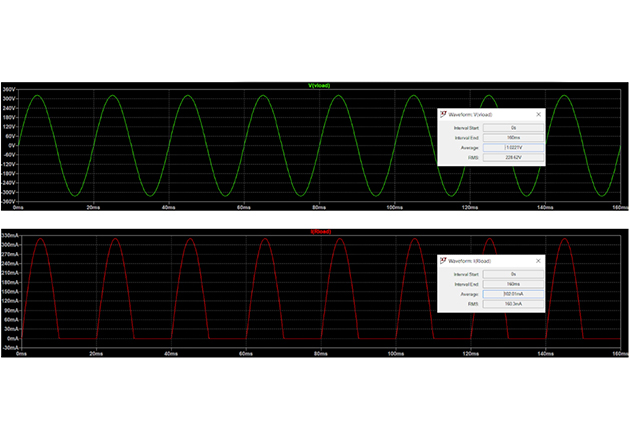 Figure 4. Circuit B: waveforms of voltage and current at the load 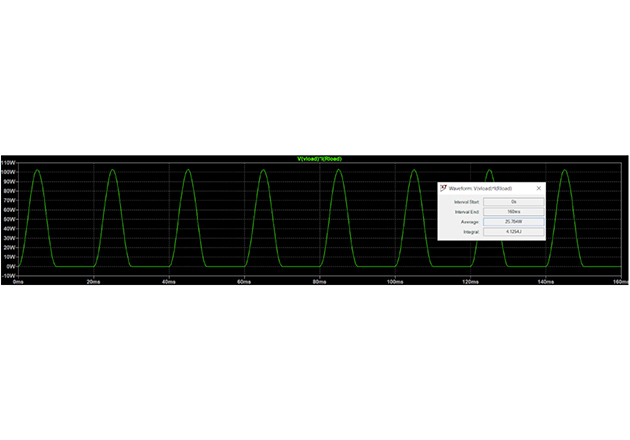 Figure 5. Circuit B: waveform of voltage-current product at the load

From the waveforms above we have:

The following table summarizes the collected data for both circuits:

We could say “Circuit A makes better use of the line,” in the sense that for the same true power transferred to the load (the power for which the user pays), the owner of the network has lower losses on its infrastructure.

In order to quantify whether the circuit is making good use of the line, the concept of apparent power must be introduced.

What is Apparent Power?

If we calculate the apparent power for Circuit A and Circuit B, we obtain:

Circuit B is taking 26W (PB) from the network, but SB states that it generates network losses like an equivalent pure resistive load taking 38.6W from the line. With this, we can conclude that Circuit B is using the line in a less-than-ideal way.

Circuit A really is a pure resistive load, so we have SA=PA. This shows us why Circuit A is using the line in a perfect way.

Tying All This Back into Power Factor

In the end, the parameter to quantify the quality of usage of the network, from the network losses point of view, is the so-called power factor:

For the considered circuits, power factor can be calculated as:

From the definition, power factor has a value in the range 0-1. Typically, for real applications, a PF>0.9 is requested in order to maintain low network losses.

This article presented the concepts of apparent power and power factor and showed how they are applicable to a generic circuit — not only to sinusoidal systems with linear loads (resistive, inductive, capacitive) but also non-sinusoidal even if these concepts are usually presented in this particular case.

Through the general definitions presented in the article, it has been illustrated how to measure (or simulate) the true power, apparent power, and power factor in real applications (using a typical case of LED drivers for an AC line).