Tesla CEO Elon Musk announces plans to use cobalt-free batteries, to build a new cathode plant in North America, and to introduce a $25,000 car in the near future.

At Tesla’s Battery Day event and 2020 Annual Meeting, which was held outside the company’s Fremont, California, factory, Tesla CEO and founder Elon Musk shared his vision for the future of the company in a much different setting than past years.

As COVID-19 restrictions delayed the event originally planned for April, select shareholder attendees watched the September 22 event from rows of parked Tesla vehicles. Instead of applause, attendees honked the horns from inside the cars as Musk gave his remarks on the company’s progress over the past year and the goals for the months to come. 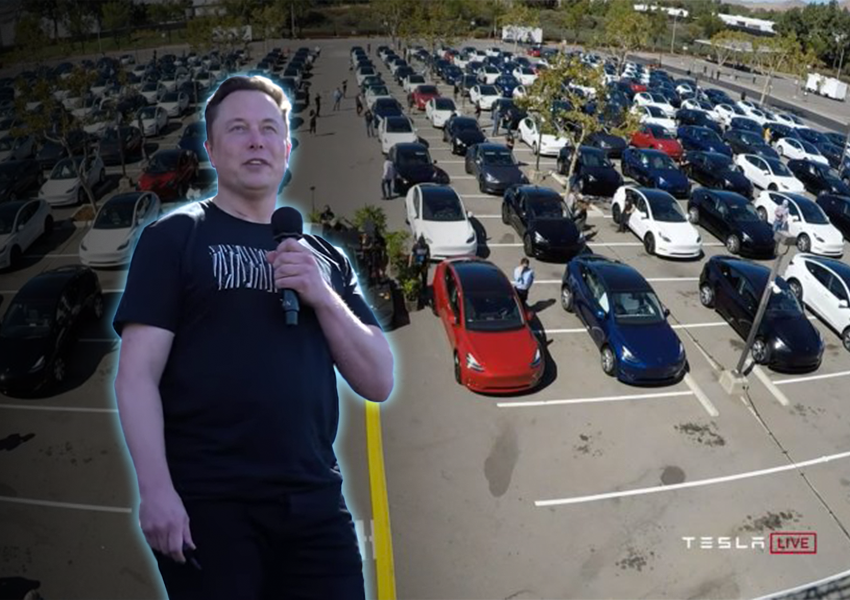 Elon Musk spoke to Battery Day attendees while they sat in Tesla vehicles in accordance with social distancing guidelines.

Here are the main takeaways from Tesla’s 2020 Battery Day event.

Musk said the company has been granted the rights to a 10,000-acre lithium clay deposit in Nevada where Tesla will mine its own lithium. A cathode plant is set to be built nearby by the mining area.

Tesla has developed a cobalt-free, silicon lithium-ion-based battery cell design that will change the way the company produces batteries and prices its vehicles.

The cell design requires a larger form factor than the previous battery architecture. This cobalt-free cell measures at 46mm in diameter and 80mm long — hence the “4680” namesake. Tesla’s other 1865 cell and 2170 cell come in at 18mm and 21mm in diameter. 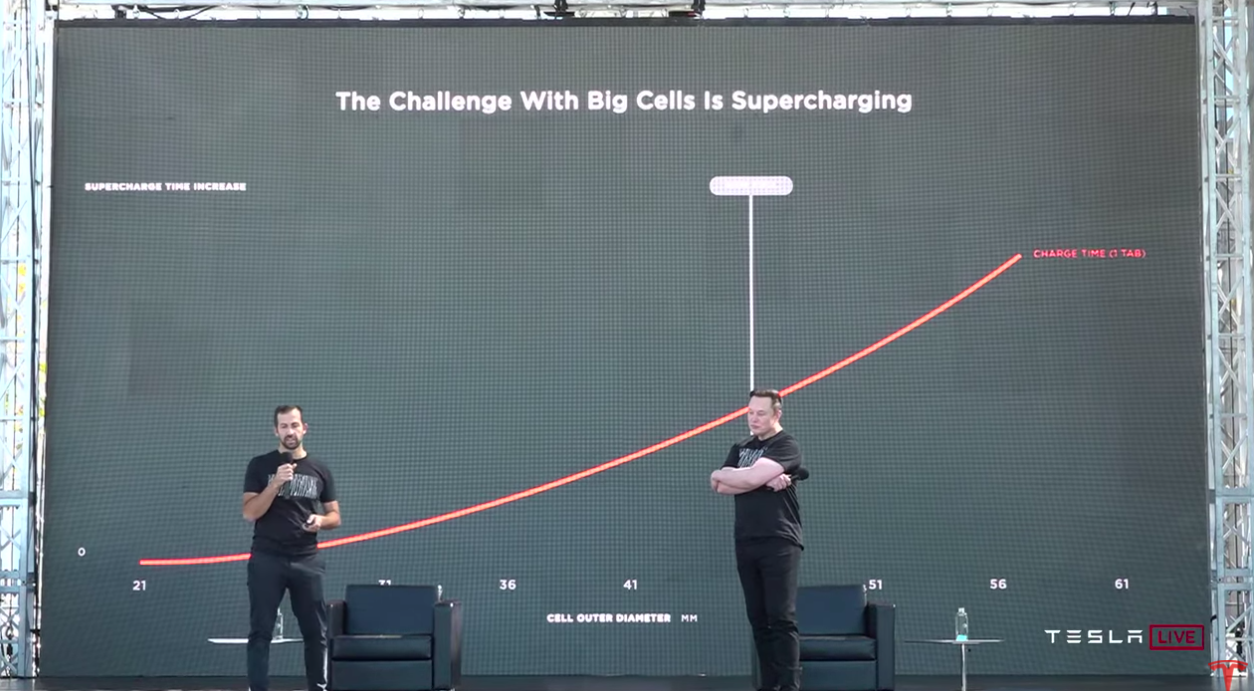 A screenshot taken of Musk and Baglio at the Battery Day 2020 live stream event.

The ability to produce these cells at a much more rapid pace comes from their tabless construction and cobalt-free nickel cathode. The use of silicon in the cell has a much higher energy density.

Drew Baglino, the senior vice president of powertrain and engineering at Tesla, and Musk explained that the 4680 would show a 56 percent reduction in the dollars per kilowatt hour. However, the two did not state a specific price for the battery.

In an effort to simplify the supply chain, Tesla has already taken steps to cut costs during manufacturing and mining processes. As Tesla expands its North America factory presence, Musk said a new cathode plant is in the company’s future — in the hopes of reducing supply chain costs and simplifying cathode production.

A screenshot of a Tesla factory taken from the Battery Day 2020 live stream.

Musk didn’t announce where the company plans to house the cathode plant. However, a Tesla announcement in July stated the company’s next factory — possibly one of the company’s largest factories yet — would be built in Austin, Texas.

As Musk aims to develop less costly vehicles by discontinuing the use of cobalt in Tesla batteries, he announced the future of Tesla’s automotive to be a $25,000 electric vehicle.

The lower cost will come from reducing the cost of Tesla battery cells and battery packs.

Musk first announced the possibility of a $25,000 electric vehicle back in 2018 with the goal of completing the vehicle project within three years.

“It’s absolutely critical that we make cars that people can actually afford,” he said. “Affordability is key to how we scale.”