Atom Power, inventor of the world’s first and only digital circuit breaker, today announced its technology is listed by Underwriters Laboratories (UL), the governing standard for consumer safety. This is the first time in the history of commercial power distribution that a digital solid-state circuit breaker has been listed by UL.

Circuit breaker technology hasn’t fundamentally changed in more than 140 years. In that time, everything else has — from telegraphs and carriages to smartphones and electric vehicles.

Despite massive innovation in renewables, batteries and vehicles, our analog infrastructure hits a series of bottlenecks when these power sources meet at a single point, like a physical structure. 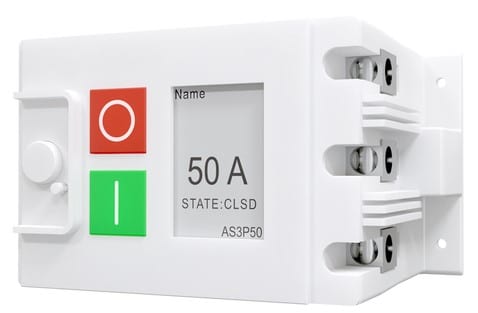 “Today, power is plentiful — renewable costs are falling, many structures have generators and batteries store more energy,” said Ryan Kennedy, CEO, Atom Power. “However, we’re missing a link that connects each source and manages the energy flow between it all. We need a new digital platform to dynamically and intelligently respond to this new era of power.”

Atom Power’s digital circuit breaker uses solid-state semiconductors and software to manage the flow of power, and consolidates the functionality of many disaggregated commercial power components into one device. For the first time, every power source is fed into one point to control the energy flow and manage a building’s needs instantaneously.

To achieve UL489 and UL1557 — the standard listings for circuit breakers and power semiconductors — Atom Power had to meet an unprecedented series of construction and endurance requirements.

“We’ve never seen such a leap in power innovation as the advent of digital circuit breakers,” said Denis Kouroussis, co-founder and CTO of Atom Power. “As the first team to successfully build this technology, we were subjected to more testing than any traditional breaker. We not only passed each rigorous evaluation, but surpassed expectations.”

“Siemens is proud to be on the forefront of energy innovation, and we’re committed to building partnerships with companies on the leading edge of electrification, automation and digitization,” said John DeBoer, Director of eMobility and New Energy Business, Siemens. “Atom Power’s achievement of UL represents a great step toward the future of solid state electrical protection. We’re thrilled to support them as their technology is applied to critical problems facing the power industry across generation, distribution and consumption in the digital age.”