Solid-state circuit breakers offer a much broader set of features than traditional electro-mechanical breakers with moving parts. As opposed to mechanical contacts, solid-state breakers use power semiconductor switches, or transistors, to control current through the breaker. Improvements over traditional breakers include faster response times, connectivity, and advanced digital algorithms.

One challenge for solid-state breakers, like all solid-state devices, is that their switches generate conduction heat. However, the Siemens breaker is the first UL-listed device of its kind to use passive heat management (natural conduction and convection), allowing it to be used in standard electrical panels.

Circuit breakers have been in use for over a century, with the first circuit breaker introduced by Thomas Edison in 1879 for use in homes. 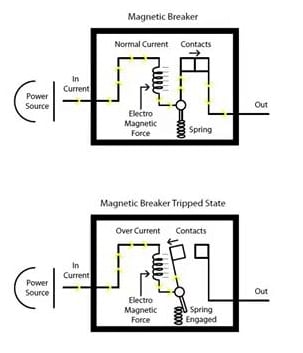 Circuit breakers can be designed for various applications, currents, and voltage levels. They have worked great for decades, but the traditional analog-mechanical design has limitations compared to emerging solid-state options.

Current through a solid-state breaker is conducted through the power switch, an IGBT,  SiC FET, or some other power FET properly rated for the breaker application (voltage, current, etc.). During normal operation, the switch will remain closed, but during a detected fault condition, the embedded microcontroller will generate a fault condition signal to actuate the gate driver to open the switch.

By using semiconductor switches, solid-state breakers can interrupt power 100 times faster than traditional breakers and enable better arc flash mitigation since no energy is released when the solid-state switch opens.

Solid state breakers are “smart” devices. The onboard microcontroller can process voltage, current, temperature, and other operational inputs, applying sophisticated algorithms for more precise control of the breaker. These breakers also offer programmability for trip and other performance settings, onboard monitoring and diagnostics, and connectivity to the outside world (WiFi, BTLE, etc.) for remote monitoring, system coordination, or industrial IoT applications. 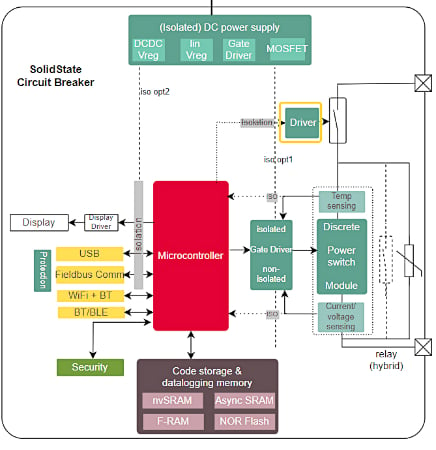 The Future of Solid-state Circuit Breakers

With their enhanced configurability and connectivity capabilities, it is not difficult to envision an expanding role for solid-state breaker technology in smart buildings, grids, and other applications.

These “smart” circuit breakers can adapt to their operating environment and communicate with the broader world, internal and external, to their host system. Further, we can expect advances in device physics for solid-state power switches to help these breakers outpace traditional mechanical breakers with smaller form factors, improved thermal performance, higher ratings, and lower costs.

Other participants in the solid-state breaker market include ABB and Schneider Electric, who are actively developing their next-generation circuit breaker technologies portfolios. 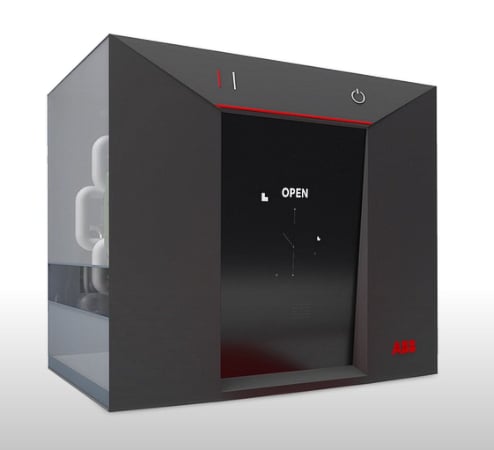