A new transistor, using photon manipulation instead of electronic signals, was created by an international research team led by Skoltech and IBM.

A transistor is a switching device used in most computational devices. Current technology uses electronic transistors which operate by amplifying electronic signals.

“What makes the new device so energy-efficient is that it only takes a few photons to switch,” Dr. Anton Zasedatelev, one of the study authors, said. “In fact, in our Skoltech labs, we achieved switching with just one photon at room temperature! That said, there is a long way to go before such proof-of-principle demonstration is utilized in an all-optical co-processor,” added Professor Pavlos Lagoudakis, who heads the Hybrid Photonics Labs at Skoltech. 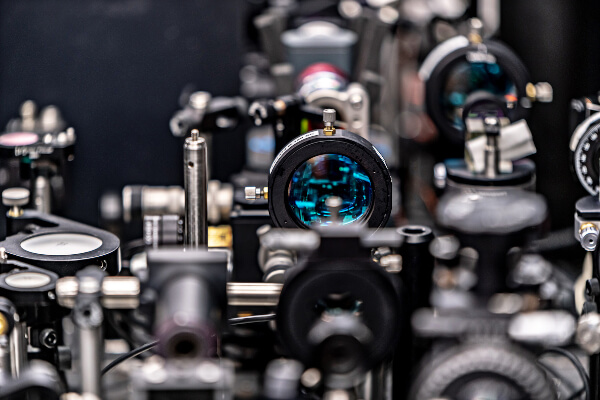 The optical transistor operates at room temperature, which is a quality specification for such a photon-operated device. To add, the device could also act as a data link using optical signals. Furthermore, it could act as an amplifier where it could amplify laser beam intensity x23000.

The transistor has a 3-part operation, in order to perform the switching. Two for the signal delivery and one for the switching operation. The signal is delivered using two lasers, a weak laser beam that controls a laser beam with higher intensity. The control beam takes a few photons to switch the brighter beam on and off.

The signal is delivered to a mirror which reflects it into a microcavity. The microcavity is a 35 nm semiconducting polymer placed between two inorganic mirrors. It is designed in a way to keep the incoming light trapped as much as possible.

The new device is based on light-matter coupling. To encode the pump laser into logic states thousands of identical quasiparticles formed due to the light-matter are condensed in the same location. They form a Bose-Einstein condensate.

The researchers also worked on enhancing the signal-to noise level and lowering the power consumption. They enhanced the efficiency of switching, optimized the laser wavelength, and suppressed the noise from the device's background emission.

“There’s still some work ahead of us to lower the overall power consumption of our device, which is currently dominated by the pump laser that keeps the switch on. A route toward that goal could be perovskite supercrystal materials like those we’re exploring with collaborators. They have proven excellent candidates given their strong light-matter coupling which in turn leads to a powerful collective quantum response in the form of superfluorescence,” the team comments. 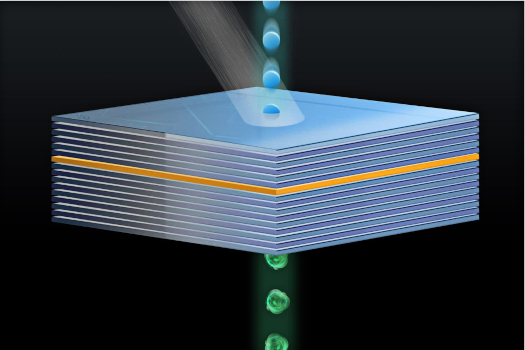 An array of materials shows the microcavity and the operation of the transistor. Image courtesy of IBM.

The research at Skoltech was supported by the Russian Science Foundation (RSF).
For more information regarding the research, the IBM Research channel has shared an educational video.