To take advantage of the low-inductance power module, the remaining power components of the inverter's dc side must be designed to minimize stray inductance. Lower power loop inductance results in lower peak overshoot voltages seen by the switches as well as reduction in ringing and oscillation.

A complete low-inductance structure therefore enables faster turn-on and turn-off times and thereby lowers switching losses. The design philosophy for the inverter directly follows the design philosophy utilized in the SM3 module: maximize performance through high-ampacity, low-inductance designs while minimizing cost and complexity. To achieve this, 5 key parameters were considered: 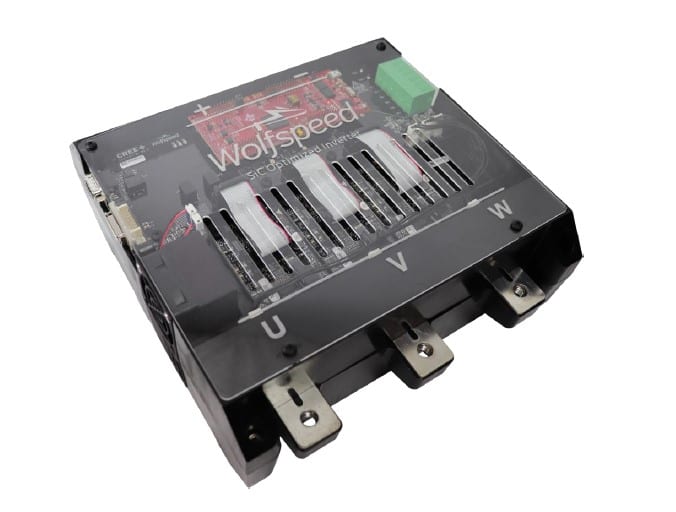 The resulting inverter measures 279mm x 291mm x 115mm for a total volume of 9.3 liters and a power density of up to 32.25kW/L, more than twice that of comparable silicon-based inverters. Compared to Wolspeed's previous 250kW, 1.2kV 3-phase inverter, this design offers about a 65% reduction in volume and about a 340% increase in power density.