ROHM Semiconductor will again be exhibiting at the upcoming electronica 2018, the world's leading trade fair for components, systems and applications in electronics, November 13 to 16, 2018 in Munich. At its exhibition booth in hall C3, stand 512, the company presents new solutions for power and energy management in the automotive and industrial sectors as well as its commitment to Formula E.

Highlights include demonstrations from updates of new power devices such as 1700V SiC module and other SiC devices, Power Management ICs and sensor technologies for the automotive and industrial market.

Motor sports Formula E is attracting increasing attention worldwide as a platform for further innovation in the electric car sector. ROHM, official technology partner of the VENTURI racing team since the start of the third racing season in October 2016, contributes top-class SiC power modules for the inverter block, which forms the core of the drive system of electric vehicles. ROHM will showcase the

latest generation of inverters and the Formula E racing car of the fifth season as an application example for SiC power modules.

Felipe MASSA will drive for the VENTURI Formula E Team, Autograph session at the ROHM booth 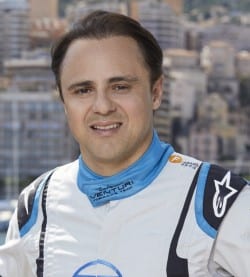 Former Formula 1 racing driver and vice world champion Felipe MASSA will be driving for VENTURI Formula E Team in the 2018/19 Formula E season. The Brazilian has signed a three-year contract with the racing team. MASSA chose the team because of its experience, energy and the durability of the car.

On the first day of electronica Felipe MASSA will visit ROHM exhibition stand, where he will be available for autographs and selfies.