Massachusetts Institute of Technology (MIT), in collaboration with startup company Commonwealth Fusion Systems (CFS), is working on demonstrating a fusion power plant that can produce more energy than it consumes.

"Fusion in a lot of ways is the ultimate clean energy source," says Maria Zuber, MIT's vice president for research and E. A. Griswold Professor of Geophysics. "The amount of power that is available is really game-changing." The fuel used to create fusion energy comes from water, and "the Earth is full of water — it's a nearly unlimited resource. We just have to figure out how to utilize it."

An ideal energy system requires both constant firm power and intermittent power. Fusion energy is independent of weather conditions and can be gained on-demand. These benefits make it an excellent complement to renewable energy sources.

However, for implementing fusion power plants, intense magnetic fields are required, and developing a magnet that can produce such intense fields is a technological challenge. MIT and CFS have now successfully developed a new superconducting magnet, opening the door for the demonstration of fusion plants. With the magnet technology successfully developed, MIT and CFS are now building the world's first fusion device that can create and confine a plasma that produces more energy than it consumes. The device, known as SPARC, is targeted for completion in 2025.

"The challenges of making fusion happen are both technical and scientific," says Dennis Whyte, director of MIT's Plasma Science and Fusion Center, which is working with CFS to develop SPARC. He says that once the technology is proven, it's an inexhaustible, carbon-free source of energy that you can deploy anywhere and at any time. "It's really a fundamentally new energy source."

The Major Advancement Towards Fusion Energy

Fusion is the process of electricity generation by using heat from nuclear fusion reactions. It is the same process that keeps the sun and other stars burning. In this process, two lighter atomic nuclei combine to form a heavier nucleus. This process releases an enormous amount of energy. But it requires temperatures far greater than any solid on Earth can withstand. Therefore, a way is needed to capture the fusion energy which is suspended in a way that is not in contact with any solid.

This is done through intense magnetic fields, which will form an invisible container to contain the plasma. As the protons and electrons inside the plasma are electrically charged, they can be easily controlled by magnetic fields.

Building the high-temperature superconducting magnet from concept to reality entailed intensive work on design, establishing supply chains, and working out manufacturing methods for magnets. The team worked on two possible magnet designs in parallel, both of which met the design requirements. The team went with a design easier to build and capable of revolutionizing the superconducting magnets. 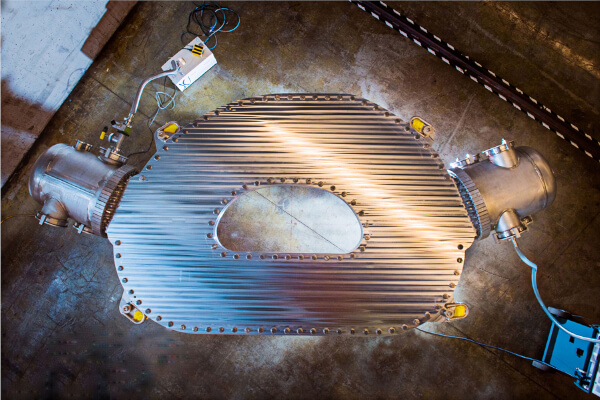 Maria Zuber, MIT's vice president for research and E. A. Griswold Professor of Geophysics, says, "I now am genuinely optimistic that SPARC can achieve net positive energy, based on the demonstrated performance of the magnets. The next step is to scale up, to build an actual power plant. There are still many challenges ahead, not the least of which is developing a design that allows for reliable, sustained operation. And realizing that the goal here is commercialization, another major challenge will be economic. How do you design these power plants so it will be cost effective to build and deploy them?"