With Flybrix kits, builders can learn robotics by making and programming their own drones. The Flybrix deluxe kit adds a joystick control system to the intermediate octocopter kit, so you can pilot your drones without the Flybrix App. You can also connect to the flightboard with the App and the joystick controller at the same time to tune or watch live sensor data in mid-air.

This kit comes complete with everything needed to build and fly your first drone within 15 minutes. No extra tools or supplies needed.

Download the Flybrix Bluetooth® Flight Control App to your smartphone or tablet from the Google Play Store, the Apple App Store, or the Amazon Kindle Store to see our suggested designs. Then add new parts from your collection of LEGO® bricks to make your own unique creations!

The Flybrix flightboard runs on open-source firmware and is hackable in the Arduino development environment. 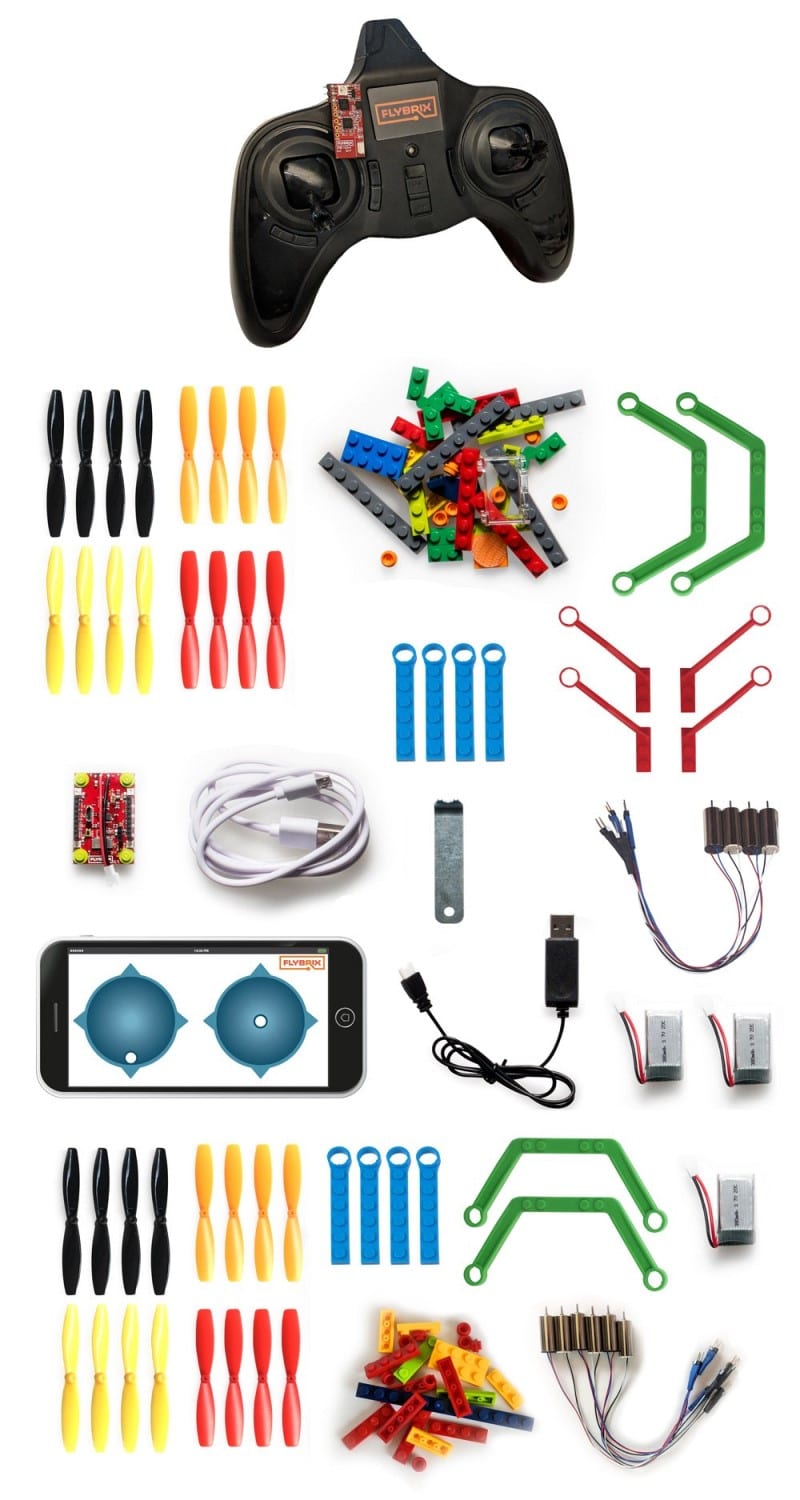 Flybrix is recommended for ages 12+. Pilots younger than 14 will need direct hands-on help from an adult to be successful with Flybrix.