Among various energy storage technologies available in the market, lithium-ion batteries (LIBs) have been widely used in portable electronics and electric vehicles due to their compactness and high energy density. However, the rising cost of lithium may limit the production of LIBs in the future. Currently, lithium is concentrated in very few demographic regions, making it very expensive. Moreover, lithium-ion batteries are not environmentally friendly in production. 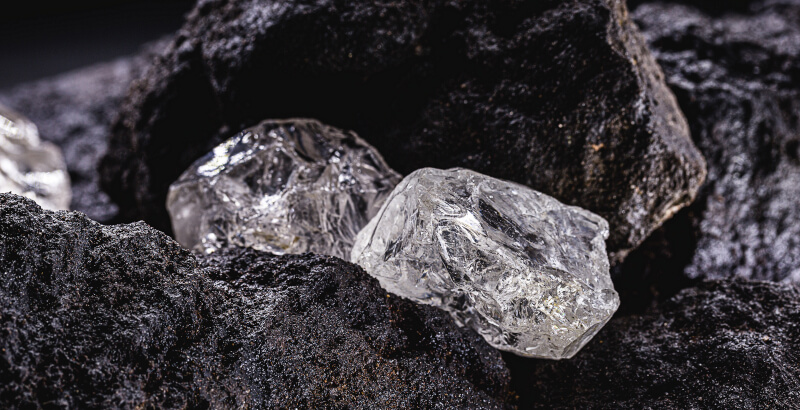 Therefore, researchers across the globe are trying to find solutions for the post-lithium era. Sodium-ion batteries (SIBs) have received much academic interest in the past decade as a potential complementary technology to LIBs. The largest advantage of this consideration is the natural abundance of sodium, and it does not need costly materials like lithium, cobalt, and nickel for production.

Compared to LIBs, current SIBs have a higher cost, a little lower energy density, better safety characteristics, and similar power delivery. If the cost of SIBs would lower and the energy density is a little high, they will be useful in grid storage and home storage, where battery weight is not an issue.

For high energy density and low cost, electrode materials with a very high specific capacity, stability, and Coulombic efficiency must be designed. There are many options for the cathodes of SIBs, but the choices for the anode are restricted.

Recently, researchers at the Skolkovo Institute of Science and Technology (Skoltech) developed a cathode material for SIBs with exceptional properties. They came up with high-performance anode material derived from a poisonous Sosnowsky's hogweed. It is an invasive plant that can cause severe skin burns. According to Skoltech researchers, it will spread over the entire European part of Russia. They report that the anodes derived from hogweed offer the best combination of properties for SIBs. 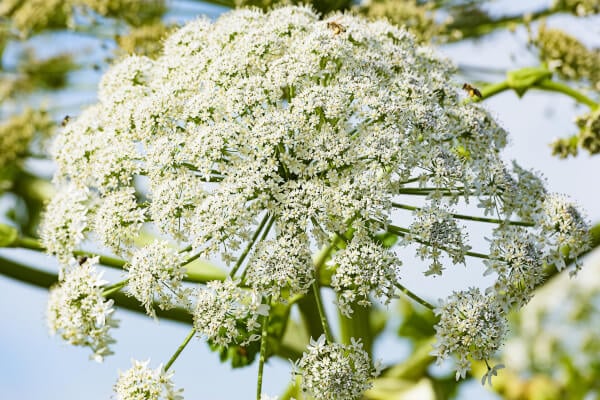 Hard carbon, among various anode materials such as soft carbon, graphene, and carbon nanotubes, provides the best combination for high storage capacity and stability. Its structure can accumulate sodium ions and release them over many cycles, and it does not expand while charging. It can be obtained from different sources, such as industrial polymer precursors, saccharides, and biomass-based precursors.

Researchers at Skoltech considered Sosnowsky's hogweed as a raw material. Hard carbon produced by hogweed exhibited a Coulombic efficiency of 87%, which is the best-reported result among hard carbon synthesized with other materials. The Coulombic efficiency describes how well a charge is transferred in batteries. The energy storage capacity is about 250mAh/g, which is viable.

The first approach is direct carbonization: heating the raw material to 1300 degrees Celsius without oxygen. Another approach involves treating the materials with acid first to remove impurities before carbonization. The second approach resulted in significantly higher Coulombic efficiency. In the third approach, the biomass is boiled in water in a closed reactor to form small carbon spheres. Researchers report that the second approach resulted in the best Coulombic efficiency, which was their aim for the study. 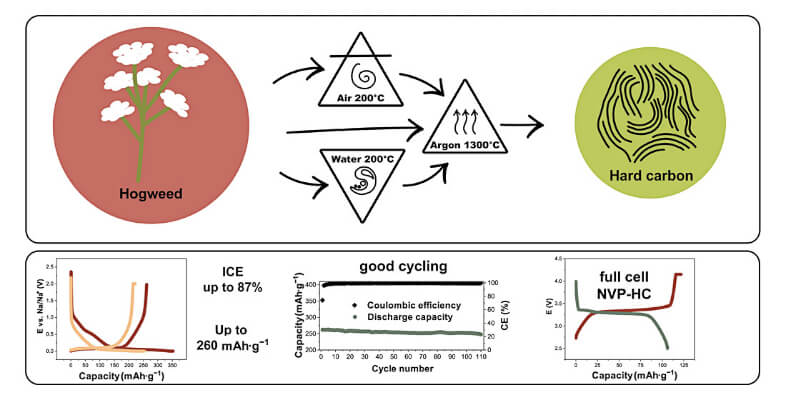 Synthesis of hard carbon from hogweed. Image used courtesy of Skolkovo Institute of Science and Technology

Coulombic efficiency is the weak spot of hard carbon anodes. Therefore, researchers focused on this specification. They say there are ways to improve energy storage capacity later on.