MIT and NREL researchers have developed a low-cost, grid-scale storage technology that uses thermophotovoltaic cells to convert heat to electricity.

Energy storage is a critical aspect of the ongoing transition toward a more sustainable future. Moreover, it is a vital component of decarbonization plans.

The heat is stored in graphite and discharged when electricity is needed. During discharging, the hot graphite runs a heat engine that generates electricity. 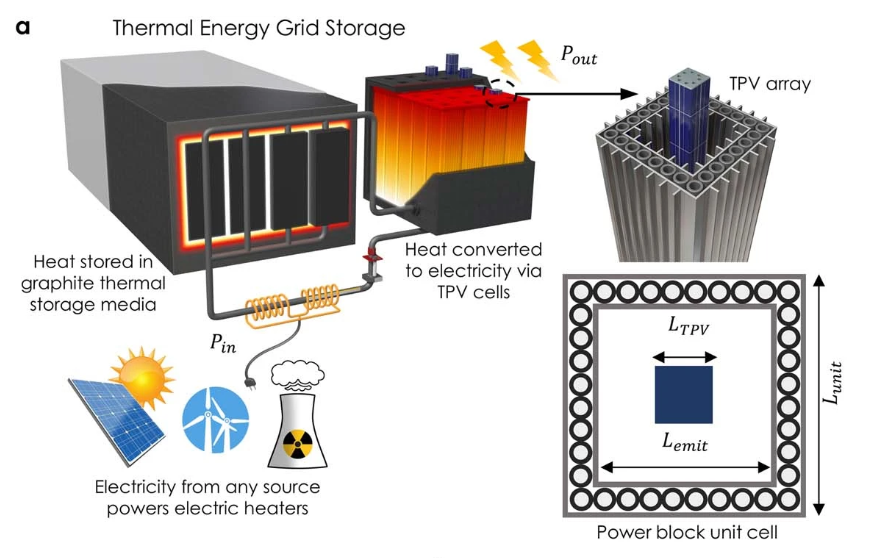 The concept of TEGS. Image used courtesy of MIT

Researchers at the Massachusetts Institute of Technology (MIT) and the US Department of Energy's National Renewable Energy Laboratory (NREL) have fabricated a thermophotovoltaic (TPV) cell for thermal energy grid storage (TEGS) applications. TPVs are low-cost solid-state devices that convert heat back to electricity at temperatures above 2000 degrees Celsius. At these temperatures, turbines and heat engines are not operable. The newly developed thermophotovoltaic cell demonstrates more than 40% efficiency at 2400 degrees Celsius.

The researchers comment on their achievement, "Reaching a TPV efficiency of 40% is notable, because it means that TEGS, as well as a range of other potential applications, is now feasible. These applications include other energy storage technologies, natural gas, propane or hydrogen-fueled power generation, and high-temperature industrial waste heat recovery."

TPVs convert heat into electricity via photons similar to solar cells. But unlike solar cells, TPVs do not use sunlight as an energy source. In photovoltaic cells, PN junctions absorb photons or optical energy and produce electron-hole pairs, generating electricity. However, in TPVs, the light is generated by a material at a high temperature, which causes it to emit photons.

A basic TPV system consists of a thermal emitter, which is heated, and a photovoltaic PN junction cell. However, photons with energy less than the bandgap of the converter cannot be absorbed. These photons are reflected in the thermal emitter by TPV cells, and the energy from the reabsorbed light helps keep the emitter hot, minimizing the energy required to heat the emitter.

MIT researchers increased the system efficiency while keeping the system cost low. They boosted the efficiency by using highly reflective back surfaces to bounce the sub-bandgap photons back at the emitter. 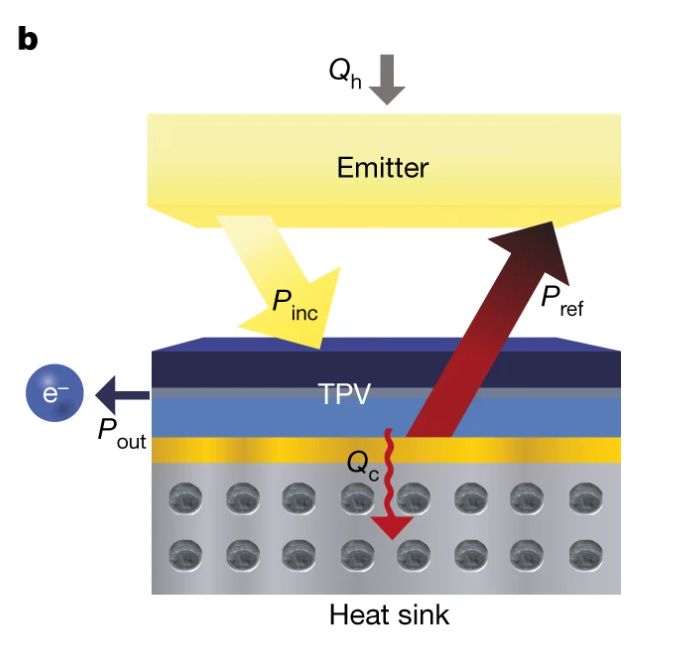 Schematic of a TPV cell. Image used courtesy of MIT 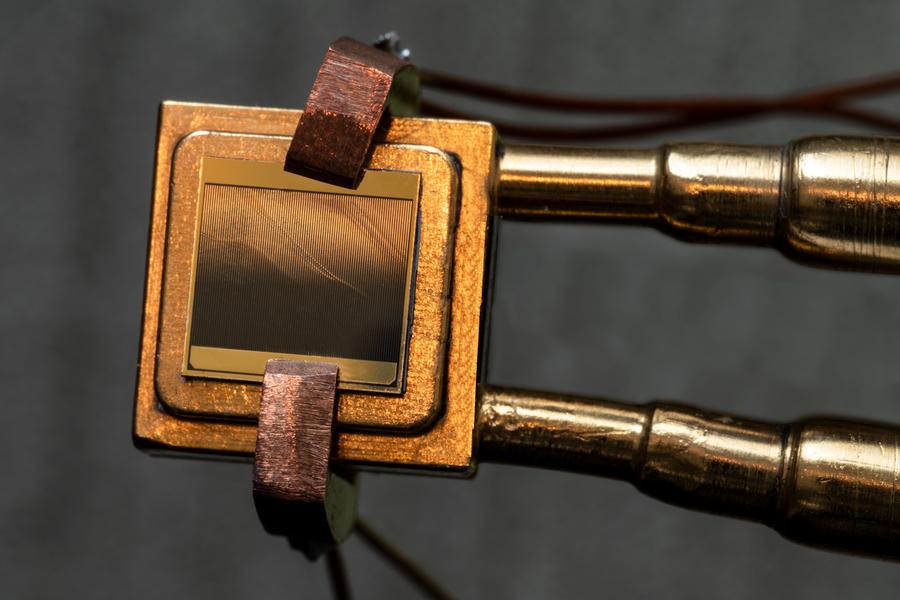 Image of a TPV cell. Image used courtesy of MIT

The researchers note that the 1-1.2 eV tandem device operates at high power densities, while the 1-1.4 eV device has the advantage of reduced energy losses.

The new study suggests that the TPVs can generate power at much lower costs than turbines, and the technology has the potential for applications in grid-scale energy storage. The researchers further report that the efficiencies of these devices can further improve by employing a reflector with higher reflectivity.