GE Research has been awarded $4.2 million in funding from the U.S. Department of Energy Solar Energy Technologies Office (SETO) to help develop and deploy advanced grid-forming photovoltaic (PV) inverter control technologies that can reliably support higher amounts of solar power on the grid. This work keeps pace with the nation’s changing electric grid system, which is getting more energy from distributed and renewable sources.

The development of “grid-forming” controls will allow wind and solar inverters to form voltage and frequency levels like traditional generators, creating an opportunity for greater and more resilient integration of these resources into the grid.

“When it comes to solar and other renewable resources, all roads lead through the inverter,” said Maozhong Gong, Senior Engineer, Electric Power Technologies, GE Research. “As the nation’s grid sees more electricity from the sun and wind, it will require advanced inverters to maintain reliability.”

Gong added, “As part of this project, we will develop and field-test advanced grid-forming controls that enable many distributed resources to deliver reliable and resilient power like traditional generators do. We will test and validate these new technologies utilizing GE Renewable Energy’s commercial PV LV5 inverter platform. The goal is to have a solution ready to commercially deploy and implement to support the nation’s increasing solar power portfolio.” 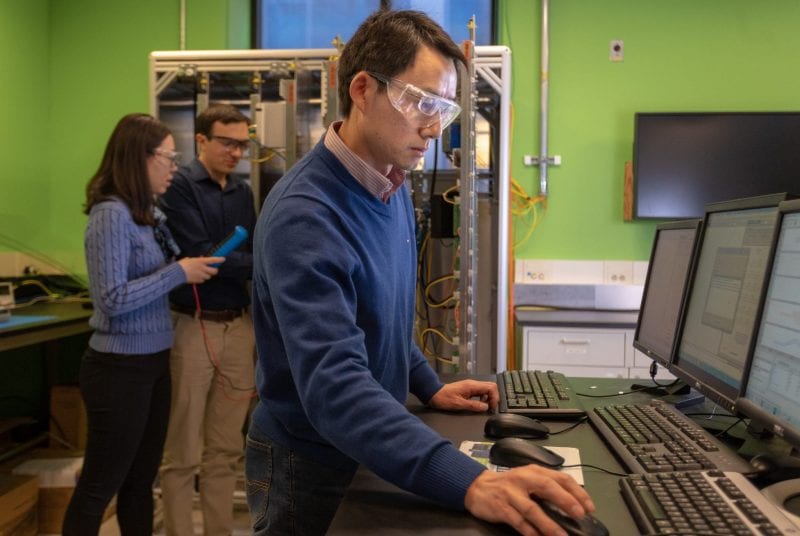 Gong explained that while grid-forming inverter control technology is not new, the big challenge is enabling so many distributed grid-forming inverter resources to act together like traditional generators without causing stability issues. The team will address this with a holistic solution that includes advanced grid-forming controls, system modeling and analysis, and extensive tests and validation.

According to the most recent data from the U.S. Energy Information Administration, U.S. renewable electricity generation doubled from 382 million megawatt-hours (MWh) in 2008 to 742 million MWh in 2018. Solar generation has increased nearly 50 times over that same period, from 2 million MWh to 96 million MWh.

This year, the EIA says solar and wind will account for 76% of all planned capacity additions. This growth is giving rise to inverter-dominated grids that will require more advanced technologies to ensure grid stability.

GE Research was selected as a part of the Solar Energy Technologies Office Fiscal Year 2019 funding program. For its project, Gong will lead a multi-disciplinary team of electric power and electrical controls experts to develop advanced control technologies for PV inverters that can support increasing solar power loads on the grid. The team will develop controls for individual and clusters of grid-forming PV inverters to improve grid stability under various conditions and field-test them in GE’s commercial PV inverter.

As part of its $4.2 million cooperative award from SETO, GE and its partners will contribute a cost share of $1.4 million, bringing the total funding for the project to $5.6 million.