Honda Foundation announced that the Honda Prize 2017 will be awarded to Dr. Hiroyuki Matsunami, Professor Emeritus, Kyoto University who has made tremendous contributions to pioneering research on "silicon carbide (SiC) power devices" and its practical applications. 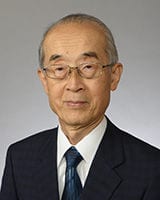 Established in 1980, the Honda Prize is Japan's first international award in the field of Science and Technology.

It is awarded annually to an individual or group to recognize accomplishments in the field of ecotechnology, which works to advance human achievement while concurrently preserving the natural environment.

Through his research, SiC power devices have been put into practical use and are contributing to the reduction of power loss occurring in the control process during power supply, that Dr. Matsunami's endeavor is recognized by the award of the Honda Prize.

Dr. Matsunami is the 38th Honda Prize laureate. The award ceremony will be held at the Imperial Hotel in Tokyo, Japan on November 16, 2017. In addition to the prize medal and the diploma, the laureate will be awarded 10 million yen.

Throughout the process from electric power generation at power plants to the use of generated power as energy, this electric power is subject to various controls such as voltage boosting and dropping, conversion between alternating current and direct current, and electric energy regulation.

Therefore, while worldwide efforts have been made to redesign the power device structure, the development of a new material substitute for Si that is compatible with the power devices is anticipated in order to promote resource and energy conservation.

As a new material, research on "silicon carbide (SiC)" started in mid 1950s in the United States. SiC is a compound of Si and carbon (C), which is an exceedingly hard material exemplifies the diamonds. The research on SiC aimed for realization of the development of electronic devices for electronics, that is operable in a high-temperature environment has spread on a global scale.

Dr. Matsunami had an interest in SiC from early on, and started basic research from the late 1960s to develop electronic devices utilizing SiC's excellent physical properties—high-temperature operability and radiation resistance.

While Si has a characteristics of a single crystal with a regular diamond structure, SiC is a hard-to-handle material as performing crystal growth with few defects was difficult. Also SiC has 200 different types of crystal structure states (crystal polymorphism), the most appropriate crystal polymorphism for commercialization was not yet determined.

Furthermore, with a robust structure as hard as diamond, SiC makes its processing extremely difficult and challenging. Although many research institutes attempted to realize SiC's practical applications, none overcame the difficulties in processing and most of them withdrew from the project.

Dr. Matsunami continued basic research on SiC and, about 20 years from the commencement of his research, in 1987, he published a method called "Step-Controlled Epitaxy," enabling production of homogeneous SiC thin membrane with uniformed crystal polymorphism by tilting the surface of a substrate a few degrees.

Around 1990, as Si power devices were facing their performance limit, thanks to his discovery, the SiC utilization came under the world's spot light and development of the SiC power devices dramatically advanced.

In 2013, SiC power devices were introduced to Tokyo Metro subway and registered a 30% energy reduction compared to the amount of energy required by conventional train cars. In recent years, SiC power devices have been installed on such as suburban trains, high-speed elevators, power conditioners for solar batteries, fuel cell vehicles, and experiments for installation on hybrid cars and the Tokaido Shinkansen have been started as well.

Although there are still some challenges in dissemination of SiC power devices including establishment of mass-production technology, cost reduction, and so forth, its application to electric vehicles is also expected when further reduction in power consumption, space-saving through downsizing of the devices, and cost reduction are achieved.

Starting with Step-Controlled Epitaxy developed through long years of Dr. Matsunami's research, SiC production method and the technologies enabling the practical applications of SiC to power devices have paved the way for new possibilities for SiC as a novel material.

As realization of the practical uses of SiC power devices would also lead to resolution of a rapid increase in fossil fuel consumption and the amount of waste from power generation accompanied by a surge in power consumption on a global scale, his accomplishments were considered appropriate for the Honda Prize recognition.