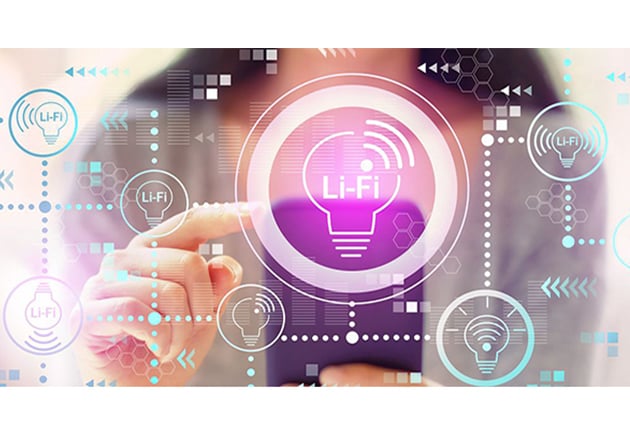 Bringing Communications to LiFi with GaN

The use of single micro-LED communication enables an ultra-high data transmission rate for applications including assembly lines and data centers, and contact-less connectors, or chip-to-chip communication. Despite this, they are limited in optical power and are therefore limited to short-range applications. Even matrices of micro-LEDs, which are suitable long-range can fall short in bandwidth. Signals must be generated as close as possible to the micro-optical source.

To meet this challenge, one of Leti’s researchers, Benoit Miscopein, says that they expect “to hybridize the microLED matrix onto another matrix of CMOS drivers” so that one simple CMOS driver will control one micro-LED. In the same news release, Miscopein also said that “this will also enable the additional feature of piloting each microLED pixel independently, and that allows new types of digital-to-optical waveforms that could eliminate the need for digital-to-analog converters commonly used in the conventional 'analogue' implementations of LiFi.”

VLC is more commonly known as LiFi (“light fidelity”). This method of wireless communication may become the latest on-trend alternative to radiofrequency systems such as WiFi and 5G. To drive the commercialization of LiFi use, researchers at Leti used a single GaN blue micro-LED to enhance the rate of data transmission. The research team used a 10µm micro-LED to achieve a data transmission rate of 7.7Gbps.

The smaller the emissive area of the LED, the higher the communication bandwidth will be. In the case of Leti’s single GaN blue micro-LED, this would be 1.8GHz. A multicarrier modulation along with digital signal processing was also produced by the Leti research team. The high-spectrum-efficiency waveform transmitted by the single LED was received on a high-speed photodetector and demodulated using a direct sampling oscilloscope. 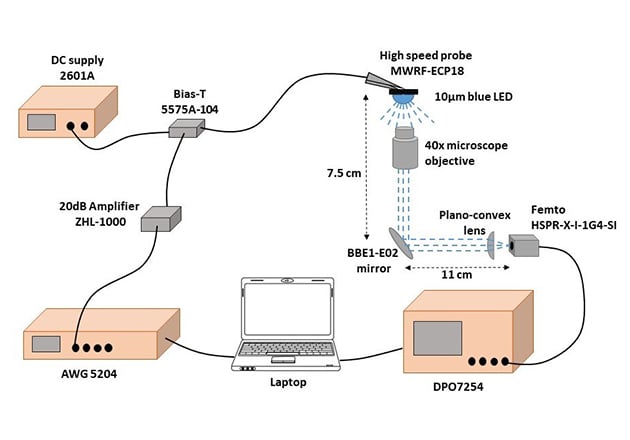 An intricate system with an incorporated blue micro-LED. Image used courtesy of CEA-Leti.

Benoit Miscopein said that the new technology can have exciting market applications with multi-LED systems potentially replacing WiFi. Although promising, Leti’s latest innovation needs to be standardized to accommodate for interoperability between different manufacturers and facilitate wider market adoption.

The use of GaN blue micro-LEDs could also be integrated with 5G-NR, a radio access technology for 5G mobile devices, and other mid- to long-range applications, such as indoor wireless multiple access. Researchers at CEA-Leti will be continuing on their pioneering research to discover other ways of optimizing bandwidth, improving the range and/or increasing rate of data transmission.