The Applied Power Electronics Conference was canceled less than a week before it was slated to start.

The Applied Power Electronics Conference (APEC) will no longer take place this year. As growing concerns over the Coronavirus (COVID-19) expand globally and throughout the United States, APEC and its sponsors — IEEE IAS, IEEE PELS, and PSMA — decided not to move forward with the conference.

The cancellation comes less than a week before the event, which was scheduled to be held March 15th through March 19th in New Orleans, Louisiana.

In a statement released Tuesday morning, APEC directors shared, “In making this difficult decision, paramount is the health, safety, and welfare of our community.” 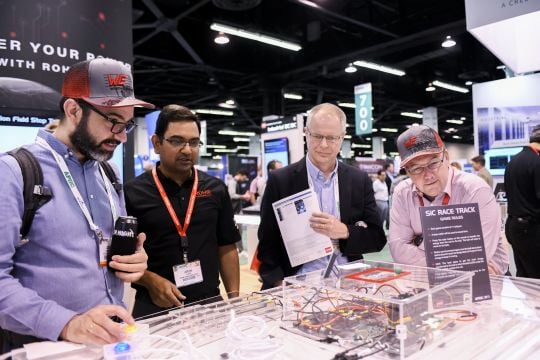 Attendees at APEC 2019 in Anaheim, California. Image courtesy of APEC.

The news comes the day after the first presumptive case of COVID-19 in Louisiana was announced.

The power conference that brings in nearly 6,000 professionals each year was set to showcase companies such as Maxim Integrated, ON Semiconductor, EATON, Monolithic Power Systems, and many others. Amid a flurry of various companies dropping out and rumors of more withdrawing, APEC officially confirmed yesterday that the exhibitor number had dropped to 238 (over 18% of participants)—just a day before the cancellation.

“We acknowledge that the increase in corporate and institutionally-mandated travel restrictions make it impossible to ensure the execution of a quality conference and on-site experience for our APEC community and valued exhibitors,” read APEC’s statement.

Before APEC had been canceled, Maxim Integrated explained in a corporate statement, “Due to the evolving Coronavirus, Maxim Integrated will no longer be exhibiting at APEC. This decision was made to ensure the health of our employees as the Coronavirus spreads globally.”

Like Maxim Integrated, multiple companies had made the choice to cancel travel plans as concerns over the virus grew globally and in the U.S.

As is becoming common practice when electronics conferences are canceled, companies, as well as the conference itself, are beginning to showcase a virtual experience of what would have been showcased at the in-person conference. According to the APEC statement, planning is underway to “assemble and deploy a virtual conference experience in the near future.” Papers originally accepted by the conference will still be submitted to IEEE Xplore.

There are currently more than 115,000 confirmed cases of Coronavirus globally, more than 640 of which have been confirmed in the U.S. as of Tuesday morning, according to the Centers for Disease Control.

EE Power will continue to update any information regarding APEC’s cancellation as it becomes available.