LAPIS Semiconductor's wireless charging chip set, the ML7630 and ML7361, are designed for wireless charging system using 13.56MHz for power transfer. Small devices such as wearable and hearable devices with a limited space for antenna implementation can be "connectorless" because the antenna can be downsized by using this bandwidth.

The ML7630 receiver can provide 200mW of a charging output. It also includes Tag function to allow Bluetooth® pairing, etc. by NFC touch. These functions are included in a WL-CSP package of 2.6 × 2.6mm.

It can also mobilize the entire power charging system and has been optimized specifically for achieving a wireless power supply solution for small devices such as wearables. 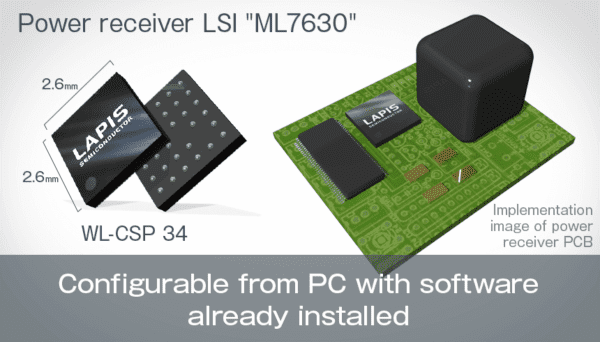 The ML7630 power receiver LSI incorporates the power receiver function in a 2.6mm WL-CSP package, with only external parts of a condenser in addition to a charger IC and four rectifier diodes.

Both the ML7630 and ML7631 have a built-in software and no further development is necessary. Settings for each user can be configured separately from the PC tools provided by LAPIS Semiconductor. 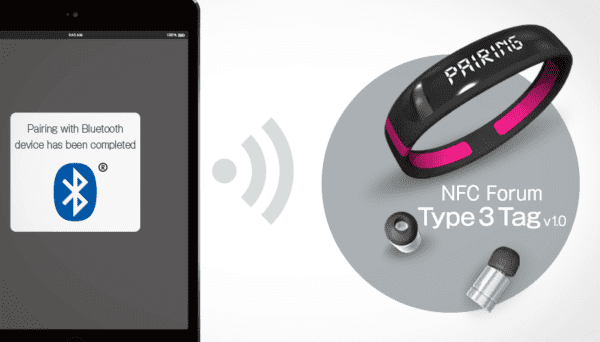 This is a ROM function that can read a fixed data written in advance in NDEF format to a build-in 1 KB data flash. It can also communicate with an external NFC reader/writer via the tag data. It employs the NDEF format (NFC Data Exchange Format), a data format used for data exchange in NFC. 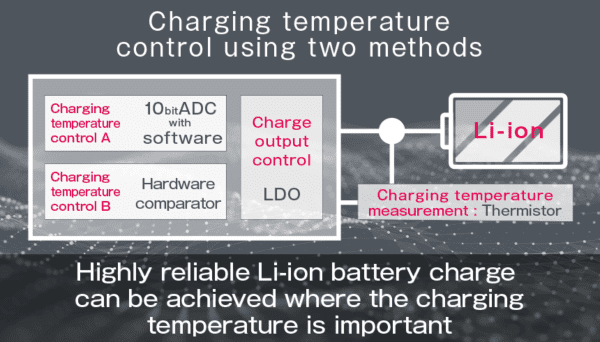 4) Driven at 5V can mobilize the entire system 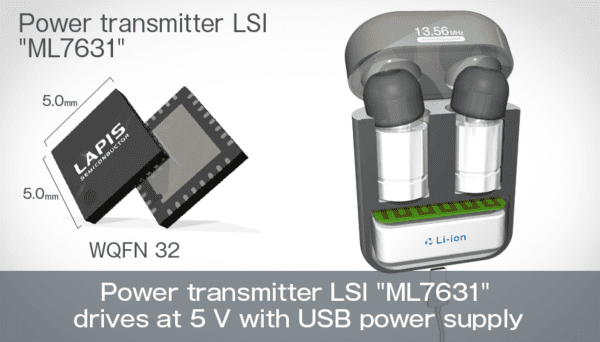 The power supply voltage of the ML7631 is 5V, which can be driven by a USB power supply such as mobile battery. Since the ML7630 does not need power supply, mobile battery + ML7631 + ML7630 + target device to be charged, for example, can be configured and the entire system can be mobilized. 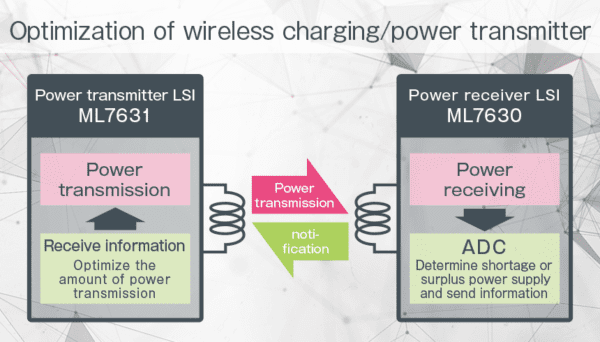 The ML7630 determines the voltage after rectification by the build-in ADC as well as any power shortage or surplus from unnecessary current passing through the build-in shunt regulator, and then notifies that information to the ML7631, allowing the ML7631 to eliminate unnecessary power transmission and to optimize the amount of power transmission. 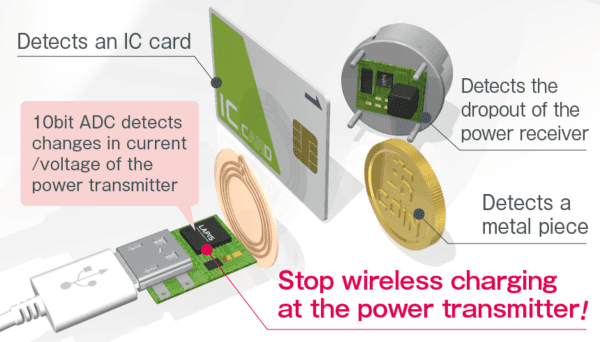 The ML7631 detects changes in power transmitter current/voltage by the build-in 10-bit ADC and stops the LDO output. It detects a metal piece or IC card to prevent heat or damage.

It also detects when the ML7630 goes out of the wireless charging range to prevent unnecessary power transmission.