Modern power semiconductors, such as enhancement mode GaN HEMT devices, can be difficult to drive. Teledyne e2v HiRel, amidst calls for it to offer drivers capable of delivering top performance from its 100 V GaN HEMT transistors, has introduced the TD99102. 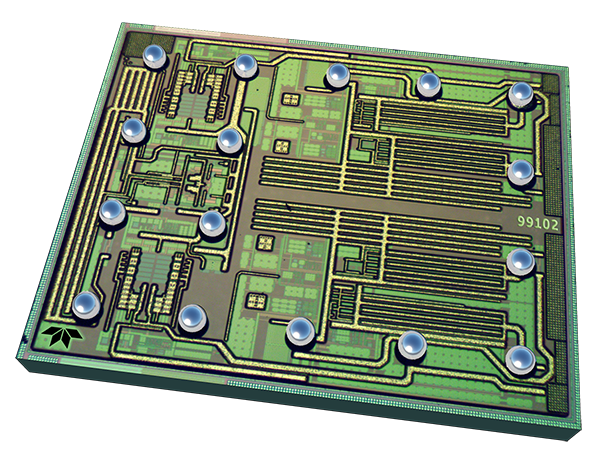 The TD99102 can provide switching transition speed outputs in the sub-nanosecond range for switching applications of up to 20 MHz. It is offered in a bumped flip chip die measuring just 2.4 x 1.64 millimeters, which allows for the minimal design footprint so useful in high-speed switching power applications. Additionally, the driver’s rapid switching speeds enable the required filtering components to be correspondingly tiny, affording further savings in board space and weight.

The TD99102 was crafted to drive both the high-side (HS) and low-side (LS) gates of external power transistors. The unit is manufactured on Peregrine’s UltraCMOS process, a form of silicon-on-insulator (SOI) technology. This process couples the speed of GaAs with the robust economy and integration characteristic of conventional CMOS-based devices. 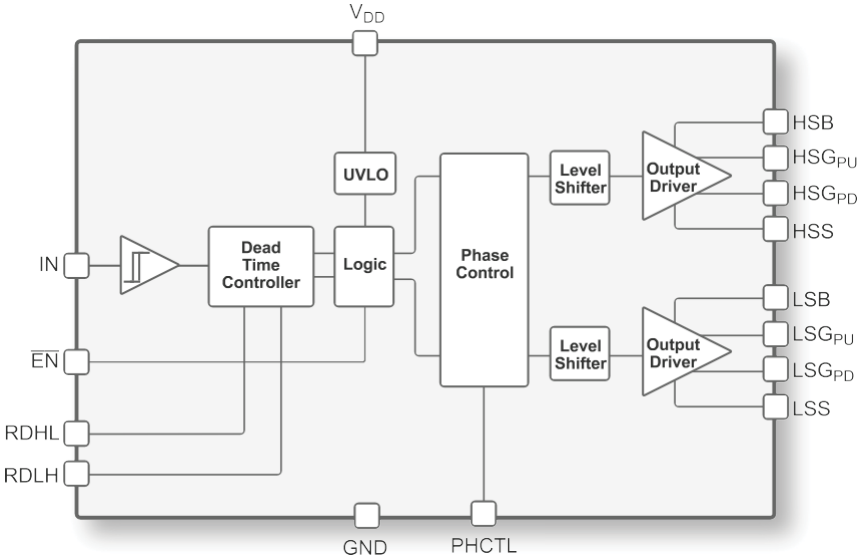 A block diagram of the TD99102. Image used courtesy of Teledyne e2v HiRel.

The unit offers peak source and sink currents of 2 and 4 A, respectively. Propagation delay is fast, at 9 ns.

Standing Up to Radiation

Today’s tiny, ubiquitous, and highly useful cubesats are built with ordinary commercial off the shelf (COTS) semiconductors. Cubesats have short lifetimes and are launched as swarms, so that a cohort can readily take over were one to be disabled, whether by radiation or some other means.

But other types of satellites are far more expensive and meant to stay in orbit for years. For such instruments, a radiation-based component failure can be disastrous, which is why “radiation hardened” components are necessary. To weather radiation, the TD99102 tolerates a 100 krad (Si) total ionizing dose (TID) and offers single event latch-up (SEL) immunity.

The TD99102 incorporates a dead time controller, which keeps the high side and low side from turning on simultaneously, in addition to adjusting the “dead time” between them. This limits inefficiency and reduces the likelihood that the power semiconductor being excited by the driver will be destroyed.

The device features 500 V of ESD protection, as per the human body model. The governing document here is MIL-STD 883 Method 3015.