Power Products of the Year

Power Products of the Year

Pandemic or no Pandemic, 2020 was a big year for electrical engineering. Let’s look back at the products that defined this year, and the implications that they have for the industry, and for the world at large

Nothing is a greater impediment to the future of the electric vehicle (EV) than is the battery. In addition to sporting some innovative new chemistries, the 4680 serves to provide traveling ions an easier pathway on their journey through the battery. 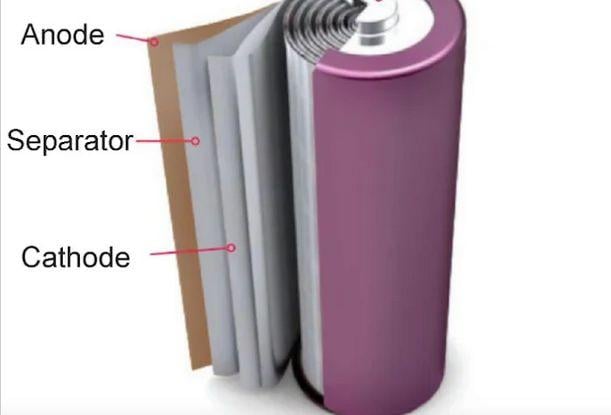 Here’s a generalized cross-section of one cell of a lithium-ion battery. Modified image courtesy of All About Circuits

The cathode is connected to the output by electro-mechanical “tabs. But, as illustrated below, the pathway taken by the ions is congested, and instead of providing power, too much of the stored energy is wasted as heat.

Modified image courtesy of All About Circuits.

Tesla’s innovation is the conductive strip along the entire length of the element, so the lithium ions have the clearest possible pathway, wasting the minimum amount of power. 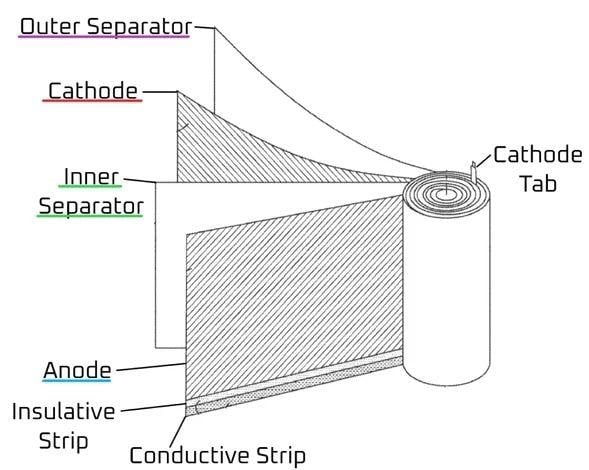 Image courtesy of All About Circuits

Reportedly, a LiB made up of cells constructed in this manner will not only charge faster, but it will also last longer, bringing practical EVs closer to reality.

Semiconductors based on silicon carbide (SiC) enjoy the advantage of a low RDS(ON), which is the resistance between the source and drain of the device when it is directed to allow current to pass. Less resistance in this main pathway means less energy wasted as heat.

But, as pointed out in EEPower, “designers of SiC FETs are playing a game of whack a mole, in that improvements in one parameter come at the expense of another. UnitedSic’s Gen 4 technology enables improvements both in individual specifications and in what are often antagonistically related pairings.”

Saving power often comes at the expense of specifications related to the speed at which the semiconductor switches on and off. These parameters include reverse recovery charge (Qrr) and gate charge (Qg).

United details how its Gen 4 devices achieve the highest power efficiency along with speeds of operation, making them go-to devices for manufacturers of power devices and subsystems.

It's easy to think power electronics are simple until trying to design power circuitry that works reliably. That’s why semiconductor manufacturers are rushing to make the OEM’s job as simple as possible, by incorporating the actual power device and it’s “pre-amp” into the same complete, predesigned discrete IC. These systems on a chip are known generically as Intelligent Power Modules (IPM)

This saves design time, as the OEM design team does need specialized, advanced power engineers. BOM count and expense are reduced, board space and weight is conserved, manufacturing is simplified and a more reliable product results.

Fuji’s new IPMs are detailed in this EEPower article.

Gallium Nitride (GaN) semiconductors are not only replacing silicon-based MOSFETs on Earth, but they are also doing it in space.

As it turns out, most semiconductor devices, like all humans, can not long endure the high levels of radiation that are endemic once the Earth’s protection is left behind on a journey into space. While there are no radiation-hardened humans, there are radiation-hardened GaN’s, such as EPC’s family of GaN power switching high-electron-mobility transistors (HEMT) devices, as detailed in EEPower.

These EPC devices enjoy the high power capacity and low RDS(ON)’s of their earthly counterparts, yet they can also:

Non-rad-hardened devices will suffice for the cheap, easily replaceable CubeSats that now swarm low earth orbit (LEO). However, space vehicles and all their components destined for multiyear sojourns into deep space must be able to withstand the relentless assault of high-energy radiation.

Just as in war, where offense and defense jockey for supremacy, in the world of electronics, device complexity and speed are up against test equipment capability. The testing end of the dyad has a major new ally in Tekttronix’s 6 Series B Mixed Signal Oscilloscopes (MSO), as described in EEPower.

These units feature eight inputs, a bandwidth of up to 10 GHz, and have a sampling rate as high as 50 Giga samples per second. The eight analog channels can each be converted into eight digital channels, for a total of 64 digital channels.

These devices can also function as spectrum analyzers, with the independent spectrum and domain controls. This enables engineers to alter the sampling rate and for improved time resolution while not affecting the spectrum. 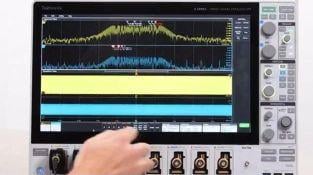 As illustrated above, spectrums on more than one channel can be simultaneously observed.

It is only through devices such as these that designers will be able to keep on top of the increasing capabilities — and requirements — of the systems that they design and test.

What power product piqued your interest this year? Let us know in the comments below.