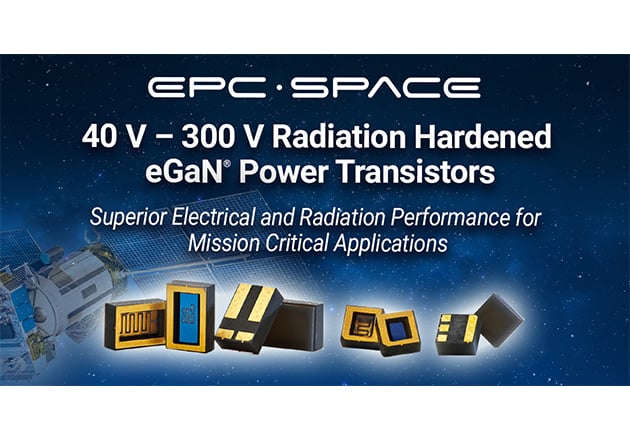 Once a vehicle destined for space leaves the Earth’s protective shell, it is exposed to intense radiation that would quickly degrade an ordinary semiconductor. Semiconductor devices that are Rad Hard, or radiation-hardened, have been specially designed to withstand this serious hazard.

This is advantageous in any case, even for the easily replaceable swarms of CubeSats now populating low earth orbit (LEO).

It's more important still for deep space missions, which will require space vehicles to suffer exposure to huge doses of radiation during the course of their long interplanetary journeys. If they were to employ non-radiation hardened transistors, there would be a requirement for bulky shielding that would add weight and take up space, and, in effect, limit the effective payload of the system.

What is Radiation Hardened?

Members of the new family of space-hardened devices can withstand a total radiation dose of up to 300 kRAD.

The units maintain their pre-radiation specifications at a low dose radiation rate of 100 mRad/sec.

Under neutron bombardment of up to 1013 neutrons/cm2, the devices will also maintain their radiation specifications.

The units can also sustain an 80 µS single pulse of the drain current of from three to four times the continuous rated value. A summary of the principal electrical parameters of the seven-member family is presented below. 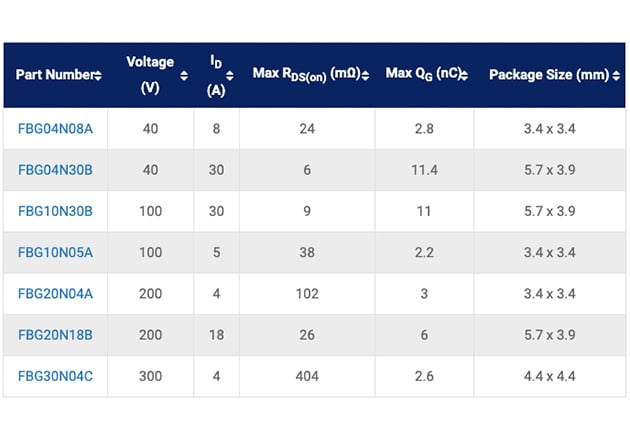 The seven members of the new family of space-hardened power transistors. Table courtesy of EPC Space

“EPC Space is excited to bring the tremendous performance and reliability of GaN technology to the markets of defense and aerospace,” said Bel Lazar, CEO. “We are able to offer designers a superior technology with significant space heritage as thousands of our Rad Hard GaN devices have been in orbit since January of 2019.”

Size and Weight Are Critical

Important considerations even in the most mundane earthly applications, are of vital concern in space. The transistors take up from between 11.8 and 22.2 mm2. Weights are from 0.068 and 0.135 grams.

Spaceborne applications that will benefit from the new series of Rad-Hard transistors include: