Following a slew of converter releases in the year’s first half, P-DUKE has switched things up in the past few weeks—on July 27, the company introduced its 300 W MAF300 series of medical power supplies and, shortly thereafter on August 3, unveiled the 300 W TAF300 series of industrial supplies.

Despite their different use cases, the series are quite similar, and indeed, one company-supplied illustration suffices for both series. 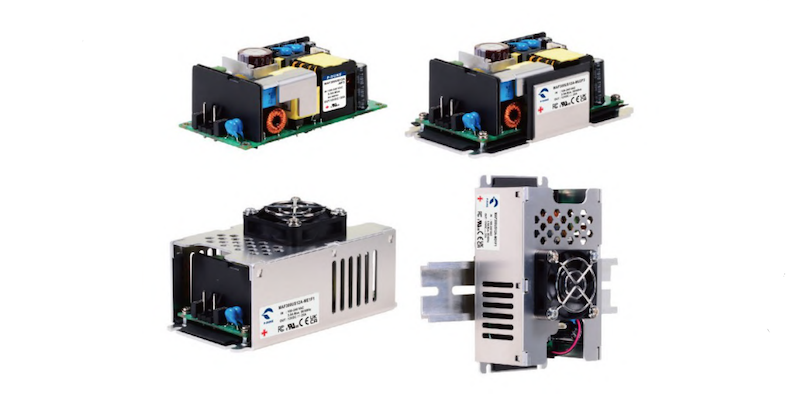 Members of both series are available in open frame versions measuring 2 x 4 inches, and the units’ attain power densities of up to 24.92 W per cubic inch. Conversion efficiency across all units is specified at up to 93%, and no-load current draw is 300 milliwatts maximum.

As illustrated, encased versions and DIN-rail mounted variations are also available for each series.

Additionally, for all 16 devices in each series, nominal output voltages can be adjusted up to ±10% with an integrated potentiometer.

These supplies are designed for a maximum output of 300 W, but can also deliver up to 360 W peak power for 5 seconds. There is as well a separate 12 VDC auxiliary output dedicated to a temperature-controlled, variable-speed cooling fan.

Both series offer an optional remote control and power good signal. Protection functions are included for over-voltage, over-current, short-circuit, over-temperature, and for short-circuits.

All units operate over a -40 to +85 ℃ temperature range, are cooled by means of forced air, and are compliant with RoHS and REACH.

All members of this series feature 3000 VAC of reinforced isolation, and their maximum leakage current is 300 µA. They are approved to IEC/EN/UL 62368-1 for AC and DC input. Conducted and radiated emissions are specified to EN 55032 Classes A and B, respectively. 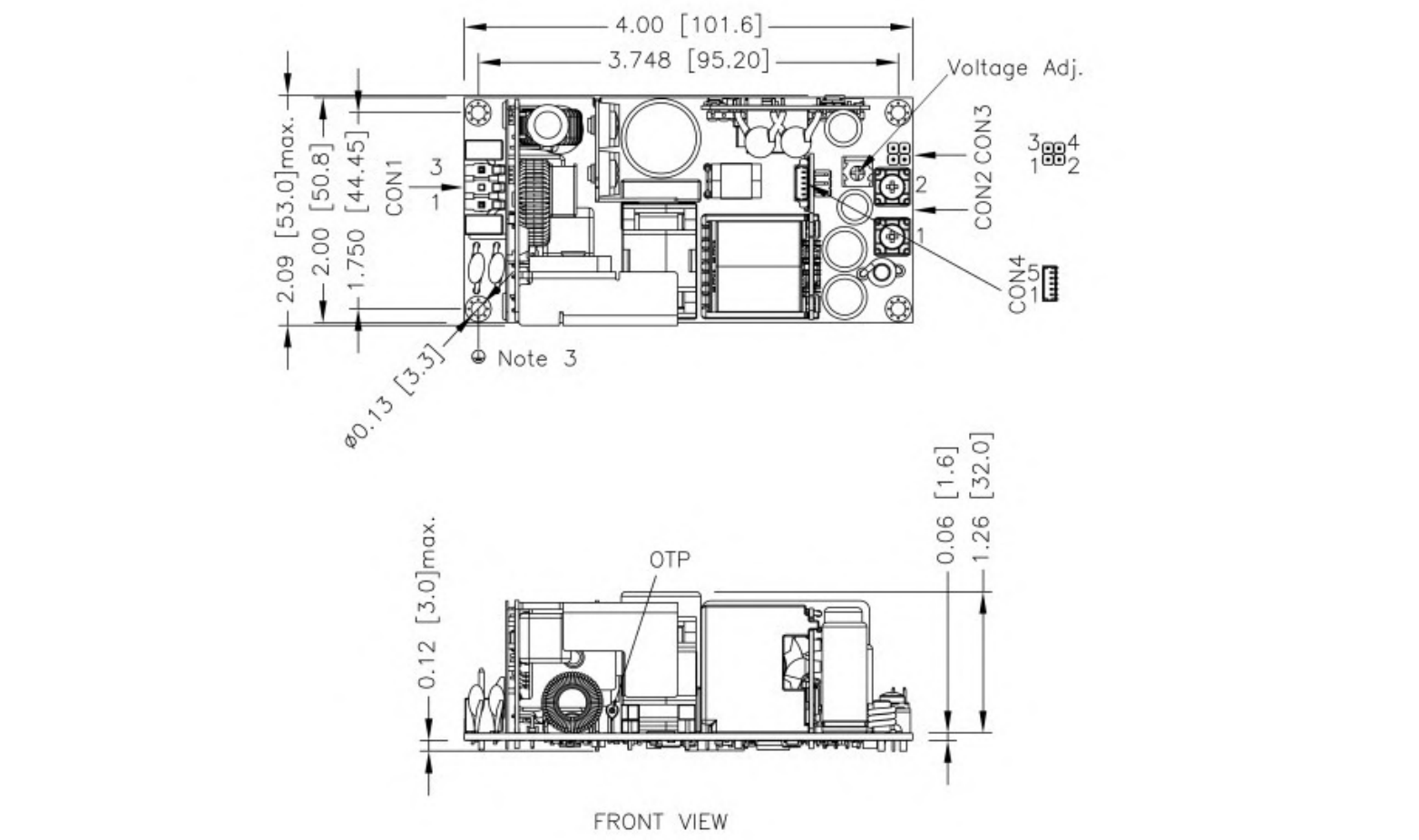 A mechanical drawing of the TAF300 in open type with an AC input. Screenshot used courtesy of P-DUKE

Use cases include automation, telecom, measurement, and datacom. 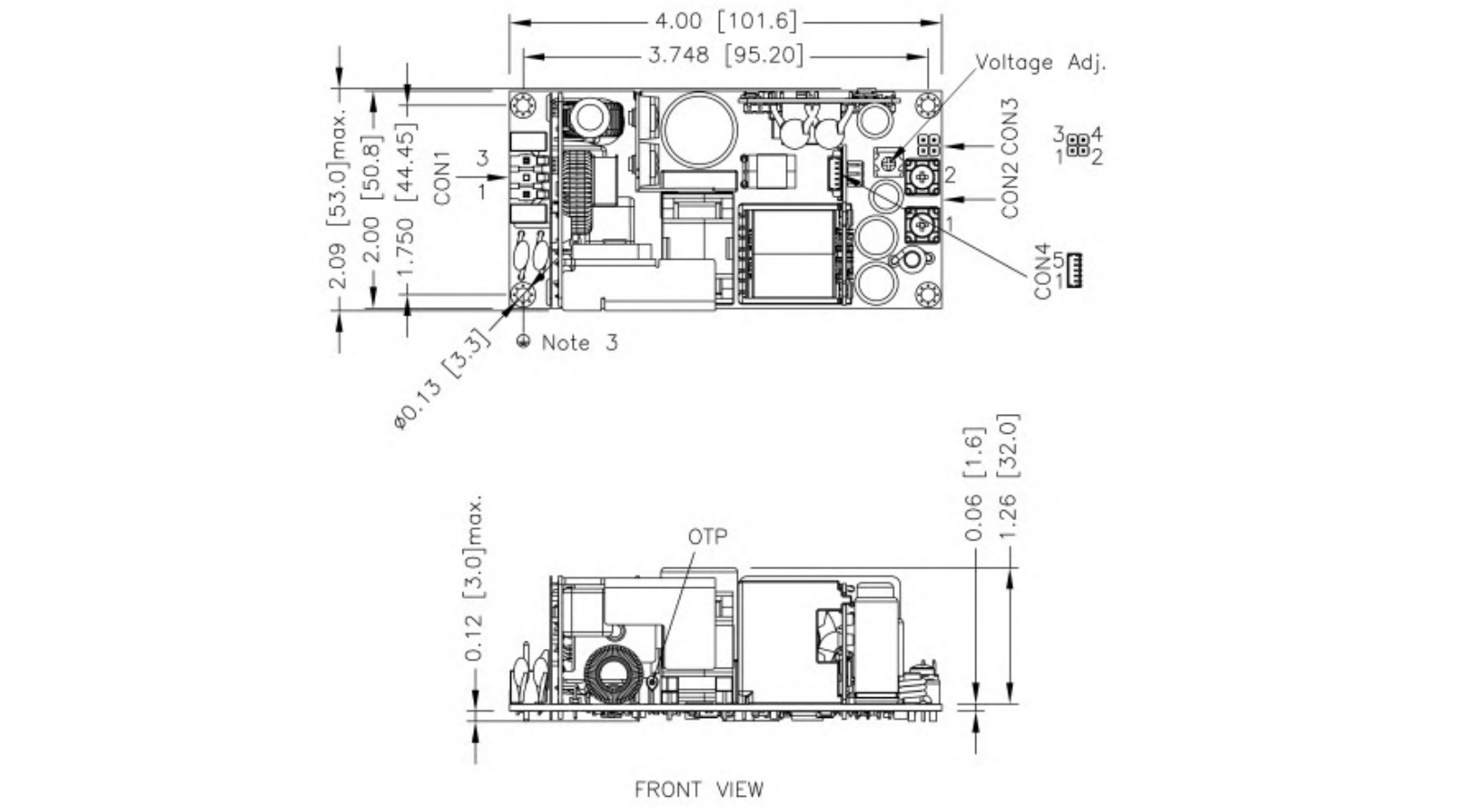 A mechanical drawing of the MAF300 in open type. Screenshot used courtesy of P-DUKE

The MAF300 also sports the most compact design, P-DUKE says, for power supplies within its power range. The company is targeting the series at OEMs building medical diagnostic devices, including MRI scanners, laser treatment, X-ray, and patient monitoring.

MOPP stands for “Means of Patient Protection,” and is a vital specification for medical power supplies such as the MAF300 series.

MOPP is often compared to MOOP, which stands for “Means of Operator Protection.” In this definition, the operator, a health care worker, may hold a piece of medical equipment in their hand while applying an instrument to a patient. The patient is at far greater risk than the operator, because while the electrical device only comes in contact with the operator’s hand, the “business end” of the unit might very well be applied to the patient’s mouth or even to their internal organs.

To address this vulnerability, MOPP requirements are far stricter.