ON Semiconductor Unveils a Complete Solution for Industrial Motor Drives

ON Semiconductor Unveils a Complete Solution for Industrial Motor Drives

The new device combines the converter, the inverter and power factor correction (PFC) functionality in a single module 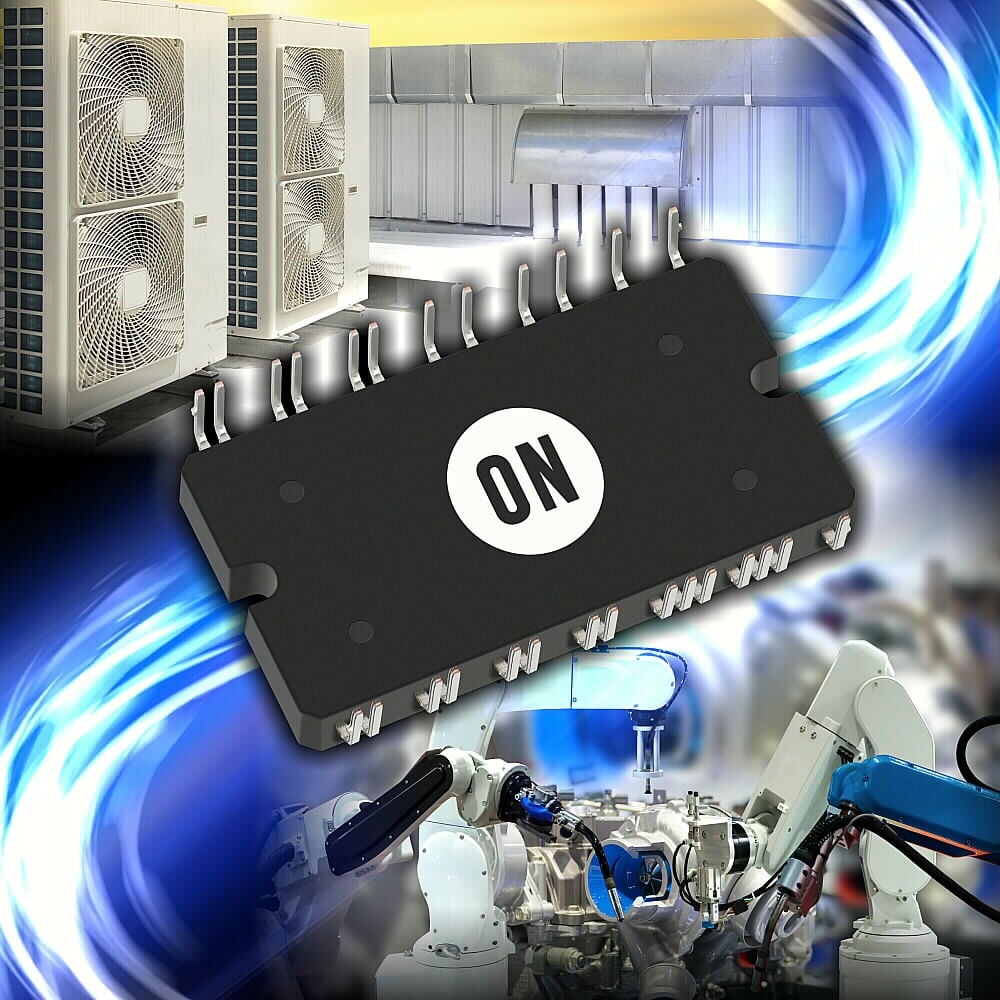 Image courtesy of On Semiconductor 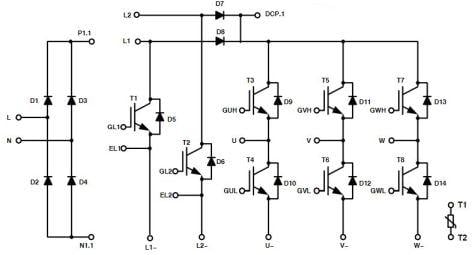 As illustrated above, the unit also includes an NTC thermistor to allow for the monitoring of the module’s temperature during operation.

The Advantages of Modular Construction

The pre-assembled module was designed by specialist power engineers, optimizing both configuration and layout. As a result, when compared to ad hoc PCB-based designs, parasitic elements are quite small. This allows for PFC switching over a range of 18- to 65kHz. Both units are rated at 50 amps, allowing them to work in applications requiring up to 8kW.

What Does Transfer Molded Mean?

As described by On Semiconductor, a transfer molded power integrated module (TMPIM) exploits the transfer molding process to encapsulate the peripheral component as well as the power devices and with an epoxy molding compound. As illustrated below, the components are soldered to direct bonded copper (DBC) substrates and are interconnected thru the lead frames and via thick aluminum bond wires.

Inside the TPIM module. Image courtesy of On Semiconductor

Transfer molding is a robust manufacturing process that eliminates the plastic housing, glue and the associated connection and curing manufacturing steps. The epoxy molding employed for encapsulation has proven its ability to greatly extend the module's lifetime when compared to gel-filled modules.

Complementary Components for the New TMPIMs

Both the new NXH50M65L4C2SG and NXH50M65L4C2ESG work alongside the FAN9672 PFC controller and the NCD57252 isolated dual-channel IGBT/MOSFET gate driver. Employing these devices in concert with the new TMPIMs will shorten the time it takes a design team to build efficient motor control solutions.

On Semiconductor has noted that a silicon carbide (SiC) option is also available. This technology enjoys many advantages over increasingly outdated silicon semiconductor technology, including increased switching frequency. This leads to increased efficiency and allows for smaller-sized filter components.

Both units are available in 73 x 47  x 8 mm DIP-26 packages, which On Semiconductor touts as a savings of 20% over competitive devices. The sealed modular package includes an integrated heatsink with 6 mm clearance to the pins.