The new members of the SPXV series of solar string fuses integrate with Littelfuse’s LFXV15 fuse block and cover holder. Together, this pair is aimed at protecting photovoltaic (PV) from short circuits and overloads that might otherwise damage solar panels and solar installations. 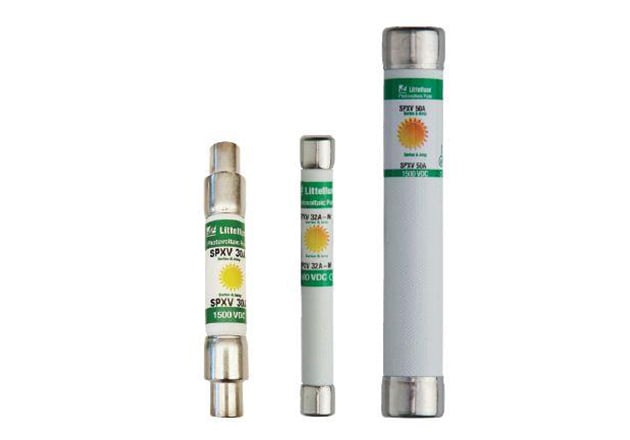 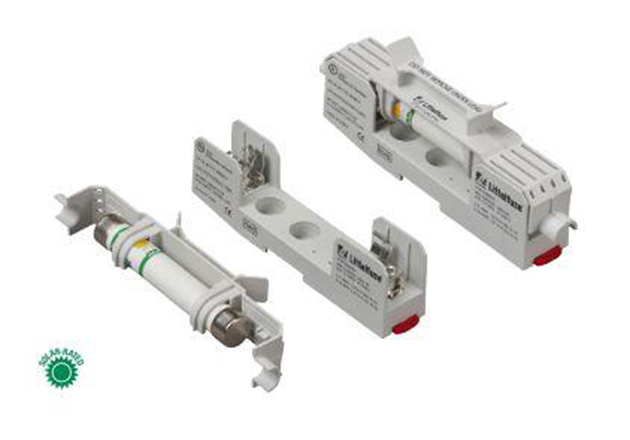 Their narrow width enables the accommodation of a greater number of blocks per panel to save space. The well-ventilated design allows the Littelfuse SPXV solar fuses that they deploy to keep cooler, despite the high current they transmit and the possibility of high ambient temperatures.

The fuse block holders feature a 35 mm DIN-rail mounting option, facilitating quick assembly and installation. The SPXV solar fuses that they mount require no tools for removal or for replacement.

Members of the SPXV series

Littelfuse provides a complete listing of the SPXV series. All are rated at a maximum of 1500 volts, with currents ranging from 1 to 60 amps. The reader will notice each device is specced at an Interrupting Rating of 50,000 Amp. This is an important consideration that Littelfuse describes at length in its Fuse Characteristics, Terms and Consideration Factors.

Interruption Rating, aka breaking capacity or short circuit rating, refers to the maximum amount of current that the fuse can handle, an amount far greater than the point at which it simply blows and safely shuts off current flow. During a short or a serious fault, a fuse may be subjected to many times rated current. Interruption Rating is how much current the fuse can handle, even momentarily, while still guaranteeing that the fuse remains intact and doesn’t explode.

As described in the data sheet, members of the series exhibit cold resistance the varies inversely in proportion to rated current, ranging from 0.9256 to 0.0033Ω.

At temperatures below about 80°F, current capacity of the fuse rises slightly, and above that point, it declines.

Environmental Considerations for the SPXV series of solar fuses