The new Hybrid Supercapacitors are being developed by Eaton for a variety of uses, including energy, industrial, and computing applications.

Eaton just announced its latest line of Hybrid Supercapacitors (HS) for energy storage uses. The HS Series utilizes new proprietary materials and it offers up to 10 times the energy density of standard supercapacitors in the same footprint, according to Eaton.

The new Hybrid Supercapacitors are being developed by Eaton for a variety of uses, including energy, industrial, and computing applications.

By applying a voltage across the electrodes, positive and negative ions in the material move to electrodes of the opposite potentials and charges are stored in the electric double-layer that is formed between the two electrodes. 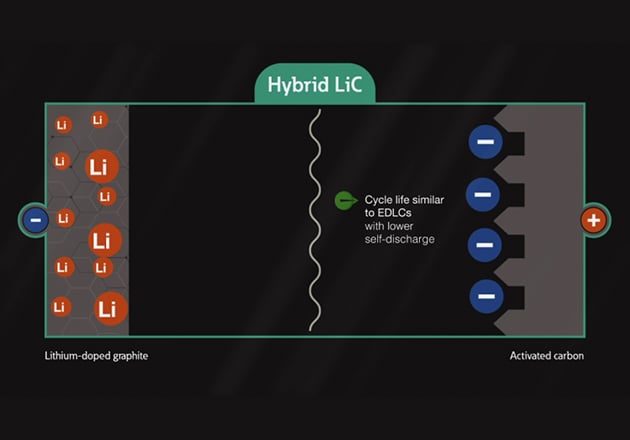 "Lithium-ion provides higher energy density (whether it is a battery or a supercapacitor) to allow customers to provide longer backup power. It can mean the time needed to backup memory in a server, a machine tool, or factory automation. Each of these applications is requiring more and more memory for faster, safer, or more precise operation," said Jason Lee, Eaton Global Product Manager.

In the new HS series, one of the two layers is composed of lithium-doped graphite, while the other is a typical EDLC electrode. As a direct result of this, these devices have a long life cycle typical of EDLCs but with lower self-discharge.

To minimize risks of explosions and breakdown, the new supercapacitors’ lithium layer is free of the thermal oxides that could cause the unit to enter into thermal runaway.

From a practical standpoint, Eaton’s new devices feature capacitances between 30 F and 220 F within an operating temperature range between -25°C and +70°C. They also have maximum working voltages of between 2.5V and 3.8V and earlier testing revealed an amount of charge/discharge cycles between 250,000 and 500,000.

"We are trying to get the power and lifetime characteristics of EDLC with the energy and low self-discharge of lithium-ion technology. Companies coming from a battery background work on power and lifetime (whether it is calendar lifetime or cycle life) while EDLC manufacturers are pushing energy and self-discharge. The hybrid technology brings the best of both worlds or at least close to the better of both technologies," Lee said.

Because of its durability and safety features, Eaton said the new HS Series is particularly suited for applications in the energy, industrial, and computing industry.

For example, the new supercapacitors could be used by energy users to provide pulse power to utility meters or to optimize grid power usage and lower energy costs during times of peak demand.

In terms of industrial applications, Eaton’s HS hybrid supercapacitors could be used as backup energy storage to prevent damages caused by brownouts or power outages. Similarly, the new components could be deployed in data centers to provide backup power to storage servers, RAID storage systems, and more.

Eaton’s new hybrid supercapacitors are born out of the industrial necessity for an ever-increasing need for reliable power across a variety of different sectors. 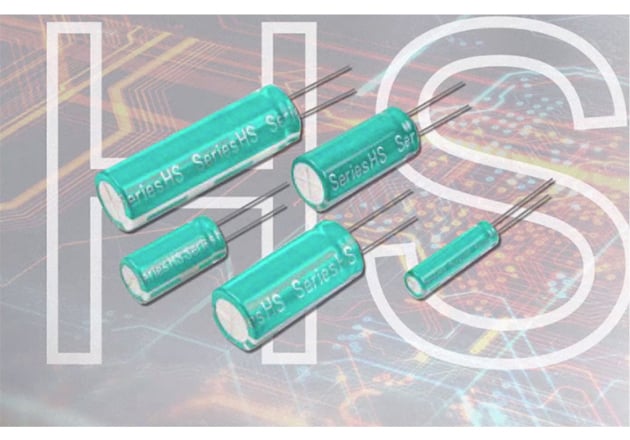 The company has been producing products utilizing lithium batteries for years, but now Eaton is at the forefront of a shift that sees supercapacitors slowly substituting lithium technologies. While the series features higher energy densities, longer cycle lifetimes, and higher working voltages than lithium batteries, this is still a developing technology.

With the ever-increasing need for reliable power in industrial, energy, and computing applications, energy storage has become more commonplace than ever. More reliable, efficient, and long-lasting supercapacitors (aka “ultracapacitors” or “EDLC”) have rapidly gained acceptance where batteries were once the only solution.