Learn the benefits derived from the adoption of a modular approach based on ACEPACK SMIT with respect to the traditional trough-hole discrete one.

Inside automotive applications, especially for on board converters, dimension and weight are two fundamental parameters. Lighter, smaller and efficient applications, as well as semiconductors and packages, are crucial. For this reason, STMicroelectronics developed the ACEPACK SMIT, a top side cooling SMT package that houses the latest and efficient SiC, Super Junction and Si IGBT technologies.

ACEPACK SMIT is one of the latest top side cooling SMT packages with automotive grade qualification, AEC-Q101, from STMicroelectronics. It is available for several technologies: diodes, thyristors, SiC MOSFETs (650V and 1200V), Si Super Junction MOSFET and IGBT. 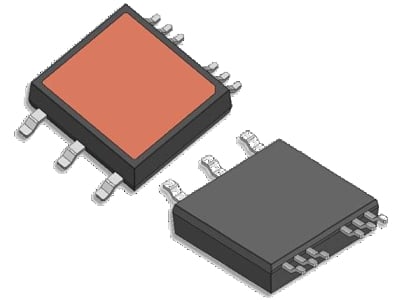 Regarding active devices, ACEPACK SMIT enables very fast switching thanks to the kelvin pin that provides a low noise returning path for the gate signals.

Thanks to the DBC, direct bonded copper substrate and extended creepage it achieves a 4 kV isolation. The total footprint area is 33.20x25.20 mm2 which enables a compact design and cost-effective solution.

For our analysis ACEPACK SMIT with two MOSFETS in half-bridge configuration is chosen and we use it inside a 1500 W resonant LLC half-bridge. The same silicon MOSFET is used for both ACEPACK SMIT, SH68N65DM6AG, and TO-247, STWA68N65DM6AG, solutions and it is a 650V 39mΩ MOSFET. Figures 3 and 4 show the power loop respectively for ACEPACK SMIT and for TO-247.

The ACEPACK SMIT solution allows to reduce the length of power loop about 25% respect traditional TO-247 layout, indeed the total power loop Length is:

Reducing the power loop length also the stray inductance will be reduced, therefore, the overvoltage and the ringing during the turnoff are both mitigated. 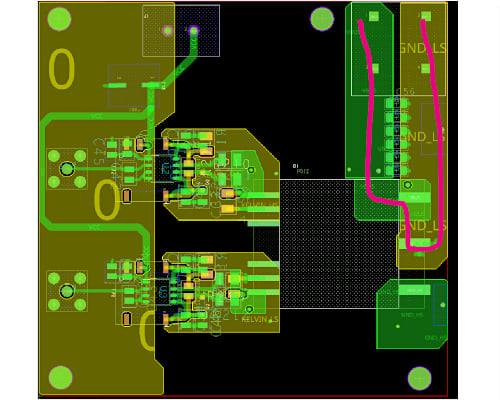 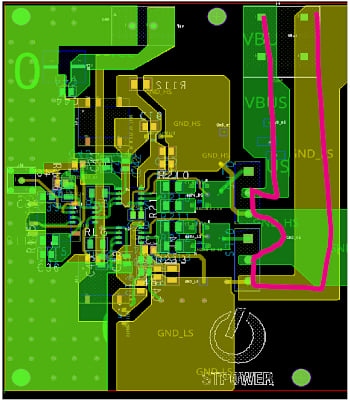 The test vehicle used in these tests, is a 1500W, 400V – 48V, half-bridge LLC, with a resonance frequency of 125 kHz on the secondary side a center tap transformer with STPS61170C-Y, AG qualified diodes, are used.

Figure 6 shows the mounting of the ACEPACK SMIT and heatsink on the PCB. From thermal characterization also the RTHj-amb, for this solution, was measured and the value is 12 °C/W.

For both module and discrete in this analysis the same external gate resistance is used, 22 Ω for the turn-on and 10Ω for the turnoff.

The first analysis regards switching energies during turn-off and the overvoltage.

In resonant applications, the EOFF includes the energy stored in the COSS (EOSS not thermally dissipated) and energy lost[1]. To account this, Equation 1 is modified to include the contribution of EOSS and therefore derive equation 2. Thus, the E*off represents the thermally dissipated energy that contributes to the switching losses [1].

The ACEPACK SMIT has in the entire range lower E*off, a lower value of both stray capacitance and stray inductance, respect trough-hole, allows to achieve a faster commutation, thus, reducing the switching losses. 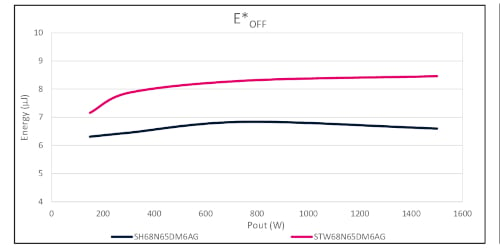 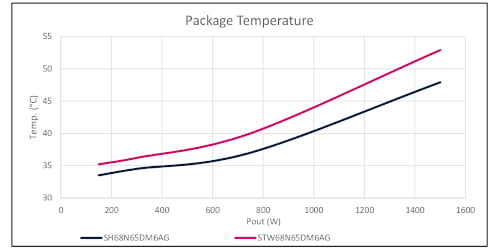 Figures 9 and 10, show the main waveforms at maximum load, 1500W, respectively for ACEPACK SMIT and TO-247 solution. 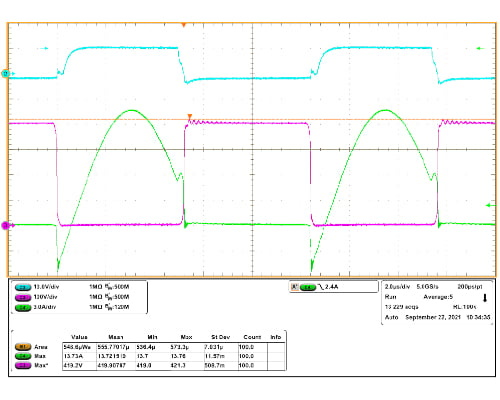 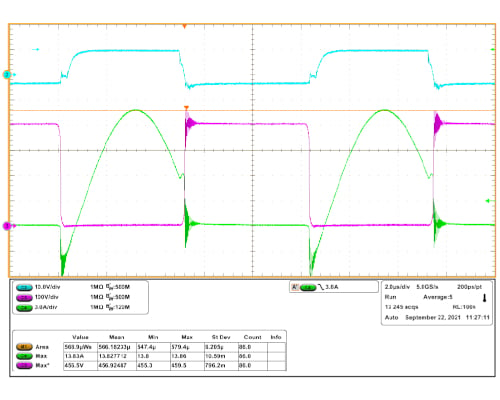 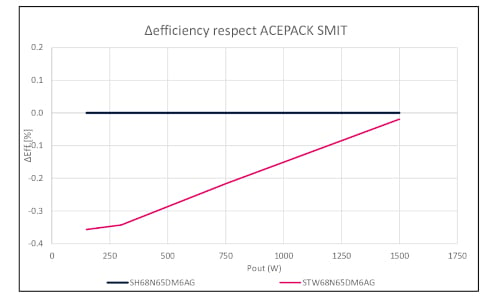 The lower device losses of ACEPACK SMIT, considering two devices, HB configuration, help to increase the power efficiency, but also to lower the working temperatures. At maximum load, the modular solution is five degrees coolest with respect to discrete approach, as shown in figure 13.

In this article, we compared SH68N65DM6AG and STW68N65DM6AG, the same silicon but housed in two different packages respectively ACEPACK SMIT and TO-247.

Using as a test vehicle a 1.5 kW HB LLC, both devices were measured at the same electrical steady-state conditions: switching frequency, dead-time, and power out.

In terms of power efficiency using ACEPACK SMIT solution helps to improve it, especially at light load, indeed, SH68N65DM6AG has 0.3% better efficiency with respect to the discrete solution. 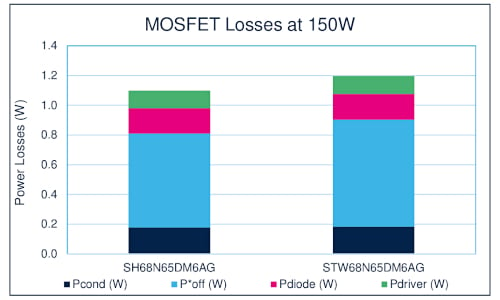 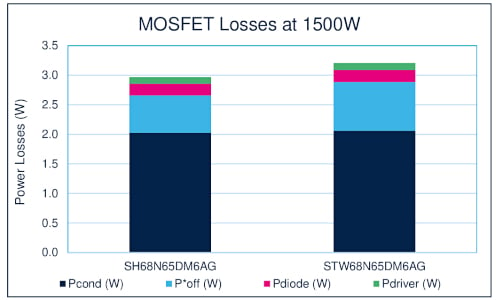 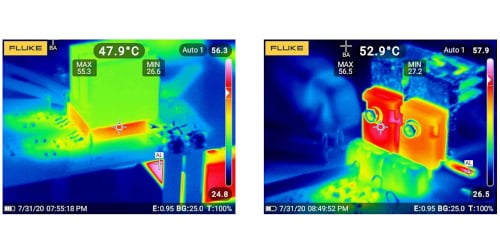 Thermal analysis confirms the electrical one, thus SH68N65DM6AG has lower temperature in the entire range with respect to TO-247 approach. Of course, the performance of ACEPACK SMIT can be further increased, reducing the value of the RGoff, it is possible to speed up the switching transition and reduce the power losses. Indeed, the smaller overvoltage and less ringing, compared to TO-247, give to the designer some margin for reducing gate resistances.