Mitsubishi Electric announces the addition of the new N-series SiCMOSFETs in a TO-247 package (under development) to the product portfolio in the near future.

In recent years, SiC power semiconductors have drawn increasing attention to their potential from the point of view of energy saving and environmental protection due to the significant reduction of power losses. Since the commercialization of its first power module with Silicon Carbide Schottky Diode (SiC-SBD) and SiC-MOSFET in 2010, Mitsubishi Electric has continuously contributed to the size reduction and energy efficiency of inverters for household appliances, industrial plants and railway drives. With the addition of the new N-series SiCMOSFETs in a TO-247 package (under development) to the product portfolio in the near future, the company also covers applications that require high blocking voltages like on-board chargers and solar inverters. 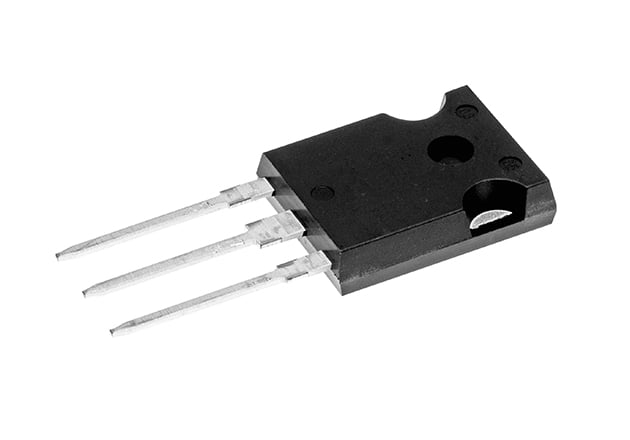 Mitsubishi Electric's doping of the JFET area in the MOSFET channel reduces both switching losses and forward resistance, achieving an industry-leading1 "Figure of Merit" (FOM) of 1450 mΩ·nC. The power dissipation in power supply systems is reduced by approximately 85% compared to conventional Si-IGBTs. By simultaneously reducing the Miller capacitance, the robustness against parasitic turn-on is improved by a factor of 14 compared to comparable products.

This allows a fast switching process to be realized, which contributes to the reduction of switching losses. The reduced switching losses allow for a reduction and simplification of cooling systems as well as the reduction of peripheral components such as magnetic components. The reason for this is the higher switching frequency that can be achieved. By using the new N-series SiC-MOSFETs, the cost and size of the entire power supply system can thus be reduced.

The product portfolio is divided into three ratings (RDSon = 22 mΩ, 40 mΩ, 80 mΩ) in the TO-247-3 package, which are optionally qualified according to the AEC-Q101 standards. As a result, the N-series SiC-MOSFETs can be used not only in applications such as solar inverters, but also in on-board chargers for electromobility. The products comply with the Directive on the Restriction of the Use of Certain Hazardous Substances in Electrical and Electronic Equipment (RoHS) 2011/65/EU and 2015/863/EU.