In September, the TDK Corporation introduced a new series of surface-mount electrolytic capacitors with an average life rating of approximately 4,000 hours

In September, the TDK Corporation introduced a new series of surface-mount electrolytic capacitors with an average life rating of approximately 4,000 hours (Figure 1). That number is twice as long as typical electrolytic capacitors with average life ratings of approximately 2,000 hours. Along with a greater life rating, there is also a substantial drop in equivalent series resistance (ESR), allowing for a much greater ripple current. These characteristics are the result of a new hybrid-polymer technology that the parts contain. 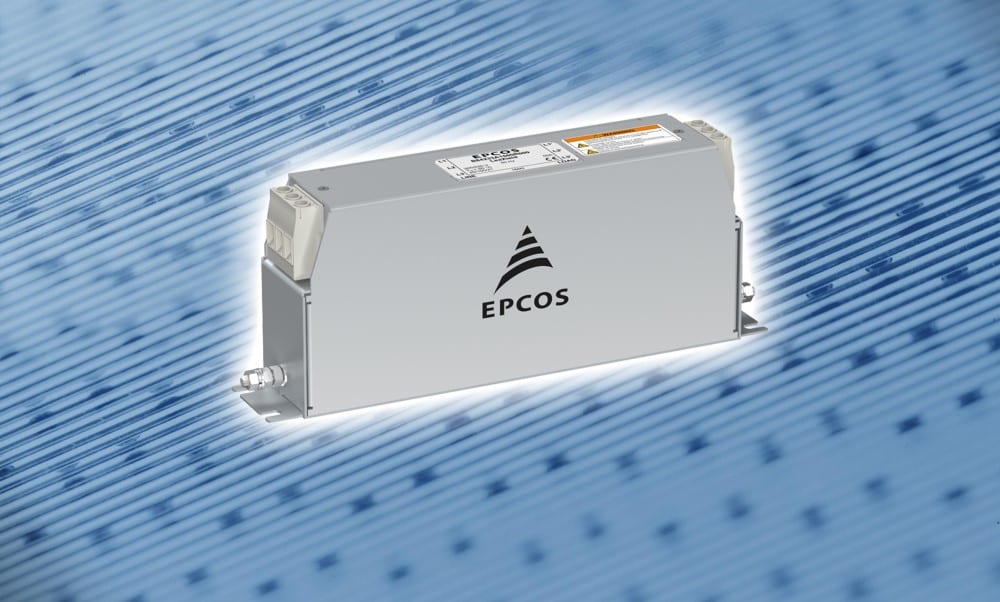 TDK is targeting the extreme high-volume automotive market for these new parts, which is the best place to start.

For so long, we designers have been forced to factor in the relatively short life of 2,000 hours for commercial quality electrolytic capacitors. This practice has been so commonplace that we no longer see the paradox of adding one component with a fraction of the rated life that all the other parts in a circuit have.

Electrolytic capacitors are typically rolled-foil capacitors, but they include powerful enhancements to increase the part’s capacitance (Figure 2).

Also called a plate capacitor, a rolled-foil capacitor contains two metal surfaces facing each other with an insulator between them. The “plate” stack is rolled up to conserve space. The amount of charge they can store depends on the total area of the metal surfaces (the “plates”) and on the distance between them. 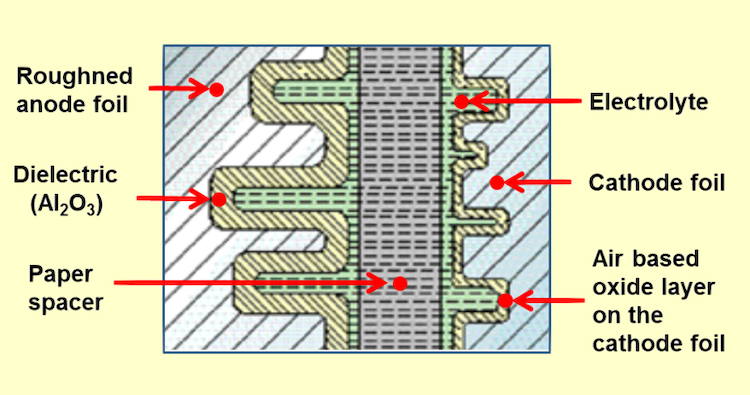 Figure 2: The cross-section of an aluminum electrolytic capacitor design (CC0 1.0).

One enhancement employed in electrolytic capacitors involves etching the surface of the metal foil, creating pits, pores, peaks, and valleys that greatly increase its total surface area by making the surface much more complex.

However, the capacitance increase from etching isn’t as significant as it should be because the etching eats away at the entire surface, increasing the average gap between the plates. Also, the areas inside the new pits, pores, and valleys are even farther away from the opposing surface. Both of these side-effects significantly cut down the capacitance gain from etching alone.

To compensate for this, one of the foil surfaces is extended by adding a conductive liquid electrolyte between the two metal foils that can bridge that extra gap and precisely follow the roughened texture of the other surface.

The other foil surface is given an oxide coating to act as the required insulator between the foils. The first foil is not oxidized so it can maintain an electrical connection to the space-filling electrolyte liquid. In some cases, a highly porous fiber material is also inserted between the foils to stabilize the foils and the electrolyte without interfering with their functions.

The collective effects of these enhancements greatly increase the total capacitance and have other side benefits as well.

There are some negatives as well, such as sensitivity to the dehydration of the electrolyte and the need to connect them with the right polarity due to the electrochemical ramifications inherent in the use of an electrolyte liquid.

There has been a long history of problems with electrolytic capacitors, which has helped support the pessimistic perceptions of the life that one can expect from them.

Those of us who were in the electronics design workforce in the ‘90s and early 2000s may remember hearing about a bungled attempt at industrial espionage that ultimately led to the widespread failure of electrolytic capacitors used in thousands of electronic devices worldwide (Figure 3).

Allegedly, an employee copied the secret electrolyte formula from one capacitor manufacturer and brought it to another, who used it to make high-performing electrolytic capacitors at a much-reduced price. Naturally, this allowed that company to steal away large portions of the capacitor market from the first company, guaranteeing widespread use of the new capacitor design.

Figure 3: Failed capacitors next to CPU motherboard socket. The defect caused by the use of unsuitable electrolytic capacitors with too high ESR in the switched-mode power supply on a PC motherboard. Image courtesy of Smia (CC BY-SA 2.0 DE).

However, within roughly a year, large numbers of electronic products began to fail when the electrolytic capacitors inside them failed.

A build-up of internal gas pressure forced the capacitor enclosures to open up to the atmosphere, sometimes explosively (Figure 4). Those capacitors that managed to retain sufficient function after this, soon suffered a massive drop in capacitance as the now-exposed electrolyte quickly dehydrated.

As it turns out, the unscrupulous employee did not copy the entire formula. Additives were missing that stabilized and set the electrolyte’s pH, which was essential for preventing the precise problems that occurred. 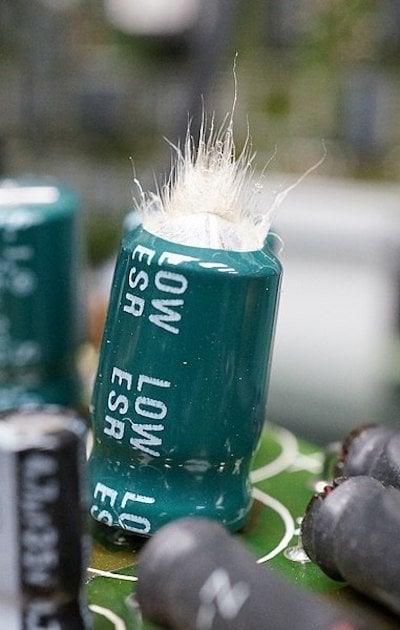 Figure 4: An Electrolytic capacitor that has exploded via the vent port, showing the internal dielectric material that was forced out in the explosion. Image courtesy of Binarysequence (CC BY-SA 4.0).

My son’s customers weren’t the only victims to suffer. Dell Computer reportedly spent more than $400 million to replace computer motherboards that were failing due to the capacitor failures. Other large computer producers struggled with this as well.

The pain of this magnitude tends to produce long-lasting skepticism of the product that caused it. Problems continued to occur after that one was resolved, at a lower rate, because the weaknesses of the electrolytic capacitor have been tough to improve.

Even with the electrolytic capacitor's problematic history, I am so happy to see significant progress coming at an accelerated rate compared with the previous 21 years.

Over his successful 35-year-long career in electrical engineering, Scott Wolf received higher praise for his writing abilities than he did for his notable engineering skills. Scott’s superiors, colleagues, and friends regularly asked him to edit or write critically important business reports, documents, and correspondence.

His baccalaureate degree in electrical engineering from Purdue University equipped him to approach a very wide range of technical and scientific topics. Many years of business writing provided Scott with a deep understanding of goal-oriented writing and methods of persuasion.