“My, don’t you brush up well?” While this is a statement one would not imagine being said between one laboratory researcher to another as they don their white overalls, what would you think if I told you that what I am referring to here, is a battery?

Researchers at Rice University (Rice) have introduced a brushing technique involving a specific type of powder that serves to tune battery anode surfaces, improving battery capacity and extending lifespan. The team of Rice chemists published their research in the journal Advanced Materials. 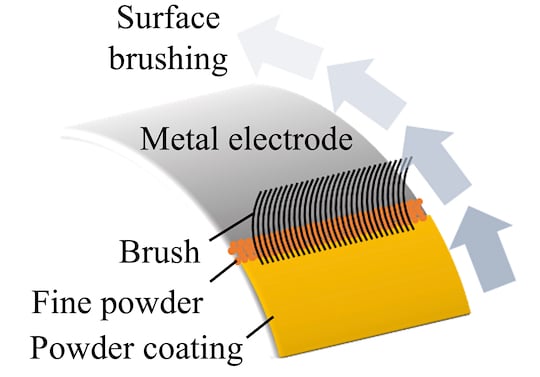 The seemingly simple addition of powder, brushed into the lithium metal surface of an anode, could provide a way of extending battery life and enhancing its performance. Image used courtesy of Rice

The researchers brushed a powder (made of sulfur and phosphorus) into the surface of lithium metal foil. The powder serves as a thin, lithiated barrier that stops the formation of dendrites.

Dendrite formation is a type of corrosion that occurs in batteries, which can be hazardous for their long-term performance. In the context of a lithium-ion battery (LiB) employing a flammable organic liquid electrolyte, dendrites form when Li’s clump together on the battery anode surface during each charge and discharge cycle. A particle forms and the continued addition of Li’s causes the tree-like dendrite to grow and branch out. This structure perforates a membrane separator in the middle of the battery, and eventually, it reaches the cathode. Fires and explosions can result. Battery performance and lifespan are also negatively affected.

In a recent news release, a seasoned synthetic and organic chemist, James Tour, said, “Sanding these powdered solids into a lithium metal anode dramatically reduces dendrite formation that can short circuit a battery, as well as the accelerated consumption of the materials.”

The powder and metal electrode reacted to create something called a solid passivation layer. Passivation layers are typically employed to protect certain materials from unwanted reactions caused by environmental conditions. In the context of a battery, these layers can prevent short-circuiting. Oxidation (caused by sulfide or oxide formation) is one such reaction that can degrade metals, and this would certainly not be acceptable for battery materials.

Images of treated and untreated lithium foils taken with a scanning electron microscope at Rice University. The scale bars present in the bottom left-hand corner of the images represent 100 microns in size. Image used courtesy of Rice

In an adjacent study by Tour and a mechanical engineer from Rice, C. Fred Higgs III, the method of brushing powders into surfaces—as has been carried out in the research presented here—makes them highly waterproof.

When constructing and testing test batteries with powder-treated anodes, the researchers (including co-author and former postdoctoral researcher Rodrigo Salvatierra) showed the anodes exhibited extremely low polarization for over 4,000 hours. When compared with untreated lithium anodes, this is about eight times longer.

According to the researchers, the presence of the powder coating serves to “tune the surface energy of the electrodes” so the entire material exhibits “a more uniform behavior.” 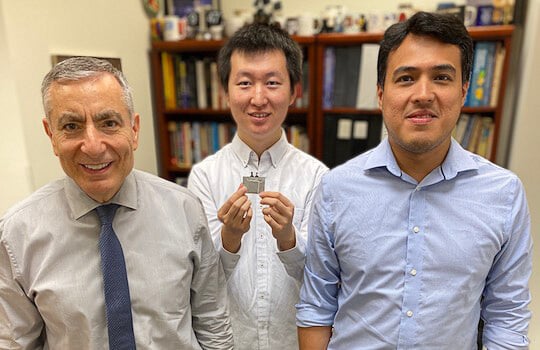 The research team at Rice also conducted further experiments to exemplify the suitability of their powder brushing for other applications. The team used their brushing method on a sodium electrode. Results showed significant stabilization of its voltage overpotential.

The Rice team believes the method of brushing in powder to coat battery electrodes could simplify manufacturing and extend the lifespan of recyclable batteries.