Two recent announcements by Archer Aviation, Inc. and Ampaire, Inc. hint at where and how soon electrified flight will become practical.

One of the biggest challenges decarbonization faces is aviation. While the electrification of ground transportation is well underway with many recently introduced electric vehicles (EVs) having a range of 200 to 300 miles, carrying enough electrical charge, even in today’s latest lithium-ion batteries, for takeoffs and sustained flight presents problems.

Aviation accounts for about 3 to 3.5 percent of global greenhouse gas (GHG) emissions. While this doesn’t seem like much, finding a way to replace the extremely large amount of energy packed into a gallon of aviation jet fuel with something cleaner is proving difficult.

Big and Little Players Come Aboard With Electric Aviation

That doesn’t mean there aren’t a lot of large and small companies trying to get a piece of the action. Giants like Airbus and Boeing are looking at technologies like hydrogen fuel cells and advanced batteries to build airliners that, by 2050, could carry large numbers of passengers over very long distances. Meanwhile, a host of startups including Wisk, Aura Aerospace, Aurora Flight Sciences, Beta Technologies, and  Joby Aviation are looking at regional and local short-hop routes that could be accomplished using battery systems and electric vertical take-off and landing (eVTOL) technology.

Some eVTOL companies may be ahead of others. Archer Aviation, Inc. recently announced that it has signed an agreement to build a manufacturing facility in Covington, Georgia. The company says it will invest $118 million over 10 years to build a plant near Atlanta that will eventually hire 1,000 people to build a battery-powered eVTOL craft with six propellers that can carry four passengers and a pilot.

United Airlines is one of Archer’s early customers, putting down a $10 million deposit to buy 100 Archer aircraft for a total price of $1 billion. United plans to use the craft as a sort of taxi service, flying between downtown Manhattan and the United hub at the Newark, New Jersey, airport. The goal is to cut the hour-plus travel time by car to just 10 minutes for busy business travelers. 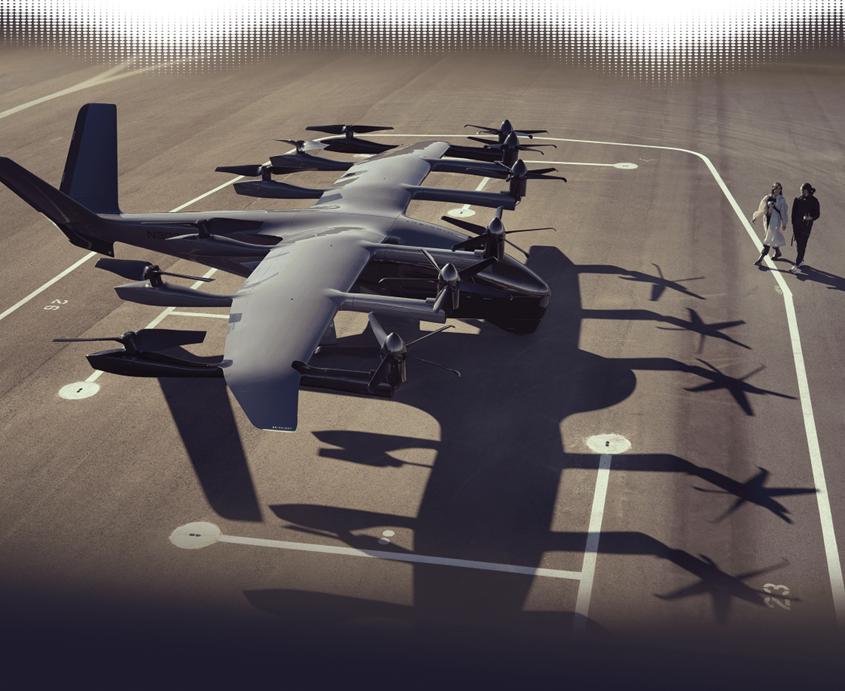 The production aircraft, which Archer has named “Midnight,” is designed to carry more than 1,000 pounds—enough for four passengers and a pilot—at a cruising altitude of 2,000 feet for distances of up to 20 miles. Charging time for the zero-emission craft at an airport is expected to take just 10 minutes.

The Midnight craft has 12 small spinning propellors instead of the one large rotor of a helicopter, so noise levels are significantly reduced. Archer hopes to have the Midnight craft Federal Aviation Administration (FAA)-certified by late 2024 and has also said that the U.S. Air Force has an interest in its design.

Besides eVTOL technology, several other companies are looking at propellor-driven aircraft that use combinations of combustion engines and electric motors to create hybrid power plants. One such company is Ampaire, Inc. which has recently announced the flight testing of its nine-seat regional hybrid-electric aircraft called the Eco Caravan.

According to the company, fuel consumption and emissions for the Eco Caravan are reduced by up to 70 percent compared with the standard Grand Caravan. Not only are emissions improved, but Ampaire also claims that the operating costs for the aircraft are 25 to 40 percent less and that the hybrid aircraft’s maximum range is in excess of 1,000 miles—greater than that of the Grand Caravan powered only by its fossil fuel combustion engine. The batteries on board the Eco Caravan can be charged at a charging station on the ground, or during flight.

Ampaire says it expects to have the first electrified regional aircraft in commercial service following FAA certification in 2024. What’s more, the company says the hybrid power plant is callable and could be used in larger regional aircraft and even single-aisle airliners.