Most of the batteries as one of the most important parts of German electric cars have so far come from Asia: according to the National Platform for Electric

Most of the batteries as one of the most important parts of German electric cars have so far come from Asia: according to the National Platform for Electric Mobility (Nationale Plattform Elektromobilität), Japanese battery cell manufacturers (market share 26 percent) were the leaders four years ago, followed by Korean (24), Chinese and American (22 percent each) producers. 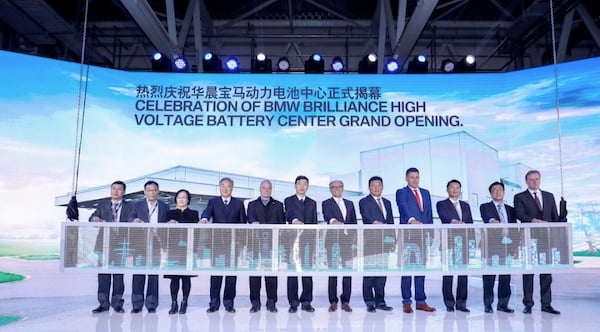 This has alerted Germany's carmakers and prompted them to act: Daimler subsidiary Deutsche Accumotive intends to build complex batteries in Kamenz, Saxony, in the future, i. e. to supplement supplied rechargeable batteries with control systems, cooling and housings for the Mercedes-Benz and Smart brands. VW also has plans to build a battery factory in Germany (possibly in Salzgitter). TerraE Holding is planning to build the battery cells for 2019 with a giga-factory of lithium-ion cells with a capacity of 34 GWh by 2028, and the new company is expected to operate the factories as foundry.

BMW, on the other hand, has long since integrated its battery production into an existing vehicle plant. For two and a half years now, employees at BMW's Dingolfing site have been manufacturing storage units and electric motors for the company's electric cars and hybrid vehicles on two of its own production lines.

The BMW Group is pushing ahead with the expansion of electromobility. Together with its partner Brilliance China Automotive Holdings Ltd. the BMW Group recently opened the new "High Voltage Battery Center" in Shenyang, China.  The battery factory supplies the nearby plant of the BMW Brilliance Automotive (BBA) joint venture in Dadong. The BMW 5 Series Plug-in Hybrid will be produced there for the local market in the future.

Oliver Zipse, Member of the Board responsible for Production, comments: "The innovative High Voltage Battery Center in Shenyang represents an important step in the BMW Group's electromobility strategy. It is the first battery factory of a premium car manufacturer in China and already the third in our production network after Germany and the USA."

The BMW Group integrates its battery factories into the existing international production network. Zipse: "For 2025, we expect that the share of sales of our electrified BMW and MINI models will be between 15 and 25 percent globally. This corresponds to a volume of several hundred thousand vehicles per year. It, therefore, makes sense for us to integrate electromobility into existing production processes." The company can thus react flexibly to the demand for electrified models.

The high-voltage accumulator is - together with the electric motor - a central component of semi- and fully electrified vehicles. In-house production gives the BMW Group a decisive competitive edge by securing know-how in new technologies, gaining important system competence and taking advantage of cost advantages. The company already produces electrified vehicles at ten locations worldwide. The high-voltage storage units required for this purpose come from the BMW Group plants in Dingolfing, Spartanburg (USA) and now also Shenyang. The Dingolfing plant plays a leading role as a competence center for electric drive systems within the network. 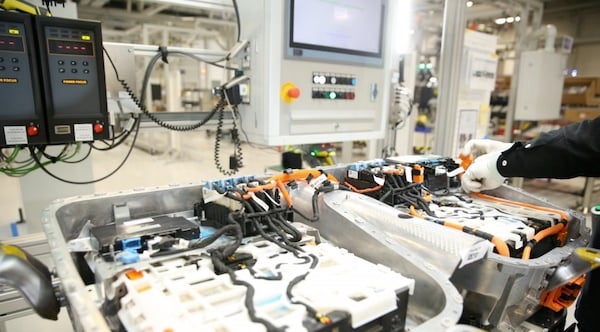 From the Cell to the High-Voltage Battery

The production of the high-voltage accumulators is divided into two production sections. In a highly automated process, the supplied lithium-ion cells, the size of a paperback book, are first tested and then joined together to form a larger unit, the so-called battery modules.

This combination of standardised battery modules and housings flexibly adapted to the vehicle has several advantages: on the one hand, it ensures uniform characteristics and quality standards in the production of high-voltage storage units. At the same time, the modular structure of the high-voltage accumulators forms the basis for a wide variety of electric drive variants. And last but not least, this modular principle creates the prerequisite for being able to react quickly to customer demand and to take advantage of cost advantages.

The production site in Shenyang

The Shenyang site with the Dadong and Tiexi automobile plants and an engine plant with a light-metal foundry play an important role in the BMW Group's global production network. It is part of the strategy of globally balanced growth with production capacities in the respective regional markets. 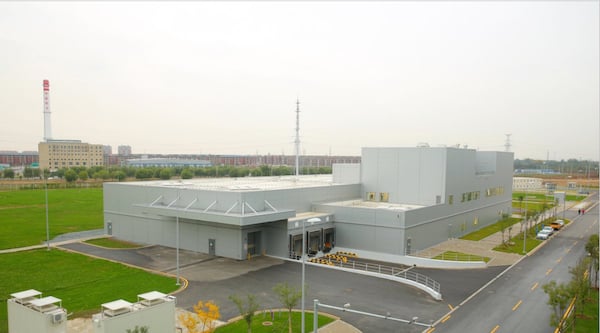 Figure 3: The production site in Shenyang

The BBA production site in Shenyang produces exclusively for the Chinese market. The Dadong plant in the north-east of Shenyang started production in 2003 and is currently building the BMW 5 Series Long Version. In the future, the plug-in hybrid version of the BMW 5 Series and the new BMW X3 will also be produced there. The Tiexi plant in the west of the city, in operation since 2012, produces the BMW X1 long version (including a plug-in hybrid version), the BMW 1 Series Sedan, the BMW 2 Series Active Tourer, the BMW 3 Series Long Version and the BMW 3 Series Sedan. The engine plant, which opened in 2016, produces the latest generation of BMW TwinPower Turbo 3 and 4-cylinder gasoline engines.

The joint venture BMW Brilliance Automotive was founded in 2003 and comprises the production and sales of BMW automobiles in China as well as local development tasks. The joint venture employs over 16,000 people. The BBA supplier network comprises around 350 local suppliers. In 2014, the contract between the BMW Group and Brilliance China Automotive Holdings Ltd for their joint venture was extended prematurely - four years before the end of the current contract - thus creating the basis for a deepening of the existing successful cooperation. The contract extension is valid for ten years (from 2018 to 2028).

High customer demand and the launch of new models in 2016 led to very good capacity utilisation of the BMW Group's production network. BMW, MINI and Rolls-Royce vehicles produced a new record figure of 2,359,756 units. Of these, 2,002,997 were BMW, 352,580 MINI and 4,179 Rolls-Royce. The plants in Germany are responsible for around half of the volume, with more than one million vehicles produced.

With its unique flexibility, the BMW production system is the world's leading production system and is ideally positioned for the future. It is characterized in particular by high efficiency and robust processes. The BMW Group's production competence thus represents a decisive competitive advantage and contributes to the company's profitability and sustainable success. 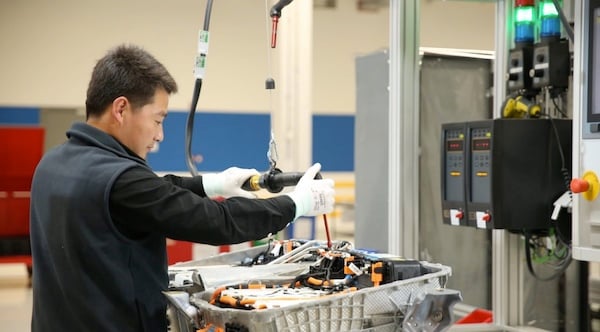 In addition to flexibility, quality and responsiveness are key factors in the BMW production system. Digitisation, standardised building blocks and an intelligent mixed construction method prove the high competence of the production network. At the same time, the production system offers the customer a very high degree of individualization and allows the modification of customer requirements up to six days before delivery.

Greater Transparency in the Decomposition of Cobalt

In addition, the BMW Group aims to further increase the transparency of its battery cell supply chain and to examine options for model projects in the Democratic Republic of Congo.

Cobalt is considered a key component in the production of electrified vehicles and is present in large quantities in high-voltage electric vehicles and plug-in hybrids. Companies working with cobalt as a raw material are confronted with the challenge that violations of environmental standards and human rights cannot be completely ruled out when reducing cobalt.

From the outset - for more than one and a half years - the BMW Group has been involved in the Responsible Cobalt Initiative (RCI) - together with numerous other companies and organisations, the Government of the Democratic Republic of Congo and the Organisation for Economic Cooperation and Development (OECD). The aim of this initiative is to increase transparency and governance and to implement collective measures to deal with social and environmental risks in the cobalt supply chain.

Against this background, the BMW Group has decided to take further steps

In addition, the BMW Group is currently conducting a feasibility study with an independent partner to determine whether the social and ecological situation in model mines in the artisanal mining sector in the Democratic Republic of Congo can be sustainably improved. Specifically, it will be investigated whether pilot projects with the potential for future scalability can be implemented on-site.

Ursula Mathar, Head of Sustainability and Environmental Protection at the BMW Group: "The BMW Group does not obtain any cobalt itself, but only obtains this raw material for example by purchasing battery cells. However, we are aware that with the increasing demand for electric vehicles, there is also a responsibility to extract relevant raw materials such as cobalt. As a premium manufacturer, we aim to establish a transparent and sustainable supply chain that meets the highest demands, also in the interests of our customers."

The BMW Group currently assumes that the first steps towards examining a model project on-site will take place in December 2017 at the same time as the publication of melts and countries of origin. The BMW Group's activities in the field of battery cell supply chain underline the fact that it is taking a holistic approach to electromobility, taking into account all facets of the value-added chain in order to promote solutions for sustainable mobility.