Fourteen years and more than $2 billion later, the Nant de Drance power plant has begun operation in the Swiss Alps.

Picture a river of water cascading down a vertical shaft nearly as long as the Empire State Building is tall. Then imagine the torrent as it rushes past a series of giant turbines, forcing them to spin under its raw weight. And then, if you can, conjure up the image of roughly 66,000 electric vehicle batteries strapped to each of the turbines’ generators, simultaneously juicing up.

Picture that, and you’ll have some idea of what exactly is going on at the Nant de Drance pumped storage hydropower facility in Switzerland’s canton of Valais.

The site, which began operation on the first of July, is the latest of its kind to come online in Europe, where energy storage needs will balloon to 200 gigawatts (GW) by 2030 as the continent transitions to intermittent renewables, per an estimate from the European Association for Storage of Energy. 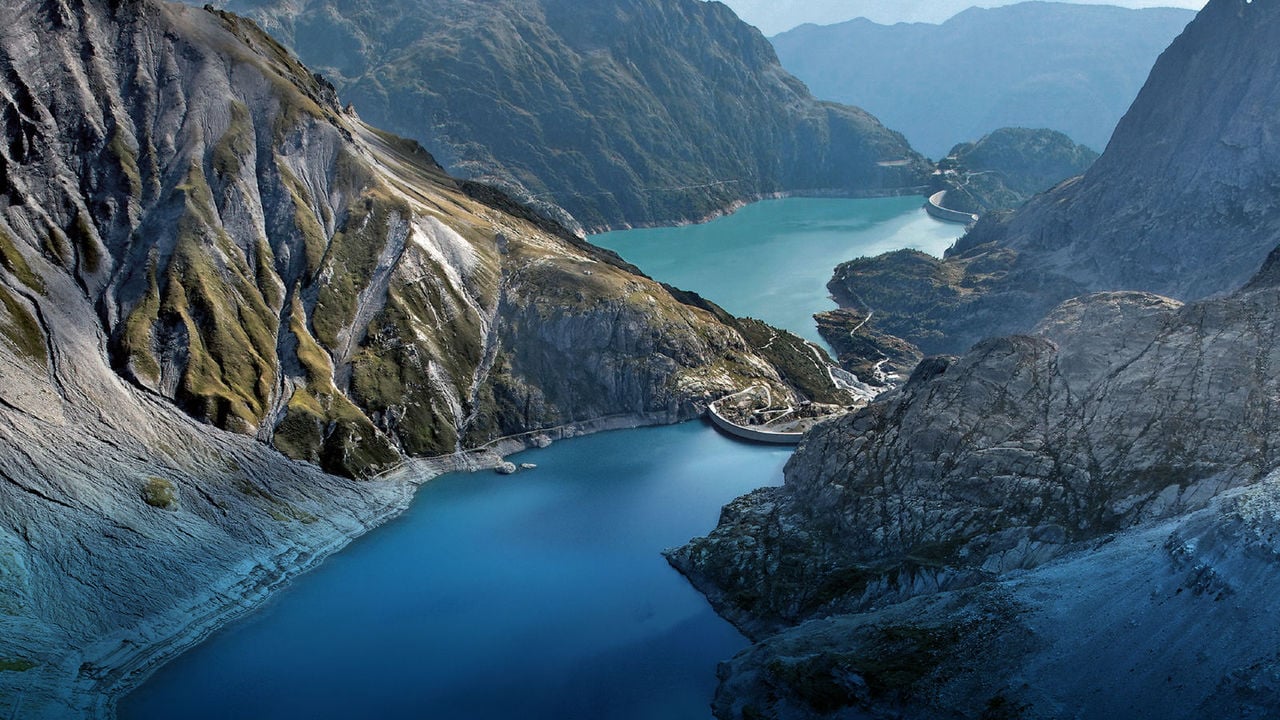 With an upper reservoir holding some 25 million cubic meters (m3 ) of water—the equivalent of roughly 6,5000 Olympic swimming pools—Nant de Drance sports an effective storage capacity of 20 gigawatt-hours (GWh). And once unleashed, that water can push the plant’s six turbines to collectively produce 900 megawatts (MW) of power at their peak.

Stakeholders, including European energy giant Alpiq and Switzerland’s national rail company, Swiss Federal Railways (SFR), will inaugurate the site in early September. The plant will be made open to the public on the 10th and 11th next month.

What is Pumped Storage Hydropower?

Though enormously complex to engineer, pumped storage hydropower (PSH) facilities are simple to understand in concept, working much like a battery that is continuously charged and discharged.

Two bodies of water, one higher in elevation than the other, are connected via a tunnel. That tunnel is then outfitted with turbines and generators and connected to the grid.

If energy generation outpaces demand, excess power can be directed to the plant, which then uses it to pump water from the lower reservoir to the upper reservoir, effectively storing the surplus production in that water's potential energy.

If demand spikes but generation is left wanting, say on a windless night or during an overcast morning, operators can then dump the water back into the lower reservoir, harnessing its kinetic energy as it spins the plant’s turbines.

Per the United States Department of Energy (DOE), the technology was first utilized in Italy and in Switzerland itself in the 1890s, before making its way to the U.S. in 1930.

It’s no surprise then that PSH has become so ubiquitous: PSH plants constitute more than 90% of storage capacity in the United States, says the DOE, and “dominate” the sector in Europe, the European Union said in a March 2020 report.

Still, the plants are nowhere near their golden age; the U.S. has seen just two new sites come online this century, for instance, and most future storage development in Europe will take the form of lithium-ion batteries and hydrogen electrolyzers, the EU says.

Of course, no small part of that decline is due to the sheer audacity of massive PSH sites.

At the peak of its construction, Nant de Drance played host to sixty companies and a cadre of up to 650 engineers, welders, haul operators, and additional workers. The effort they exerted over more than a decade to realize the site could rightfully be described as herculean.

To double the size of the upper reservoir, they raised the height of its dam, originally constructed in 1955, by 21.5 meters (70.5 feet.)

To create the cavern the power plant calls home, which measures 194 x 52 x 32 meters wide and sits 600 m below ground between the Lac d’Emosson and Lac du Vieux Emosson reservoirs, crews had to carve out around 400,000 m3 of rock. 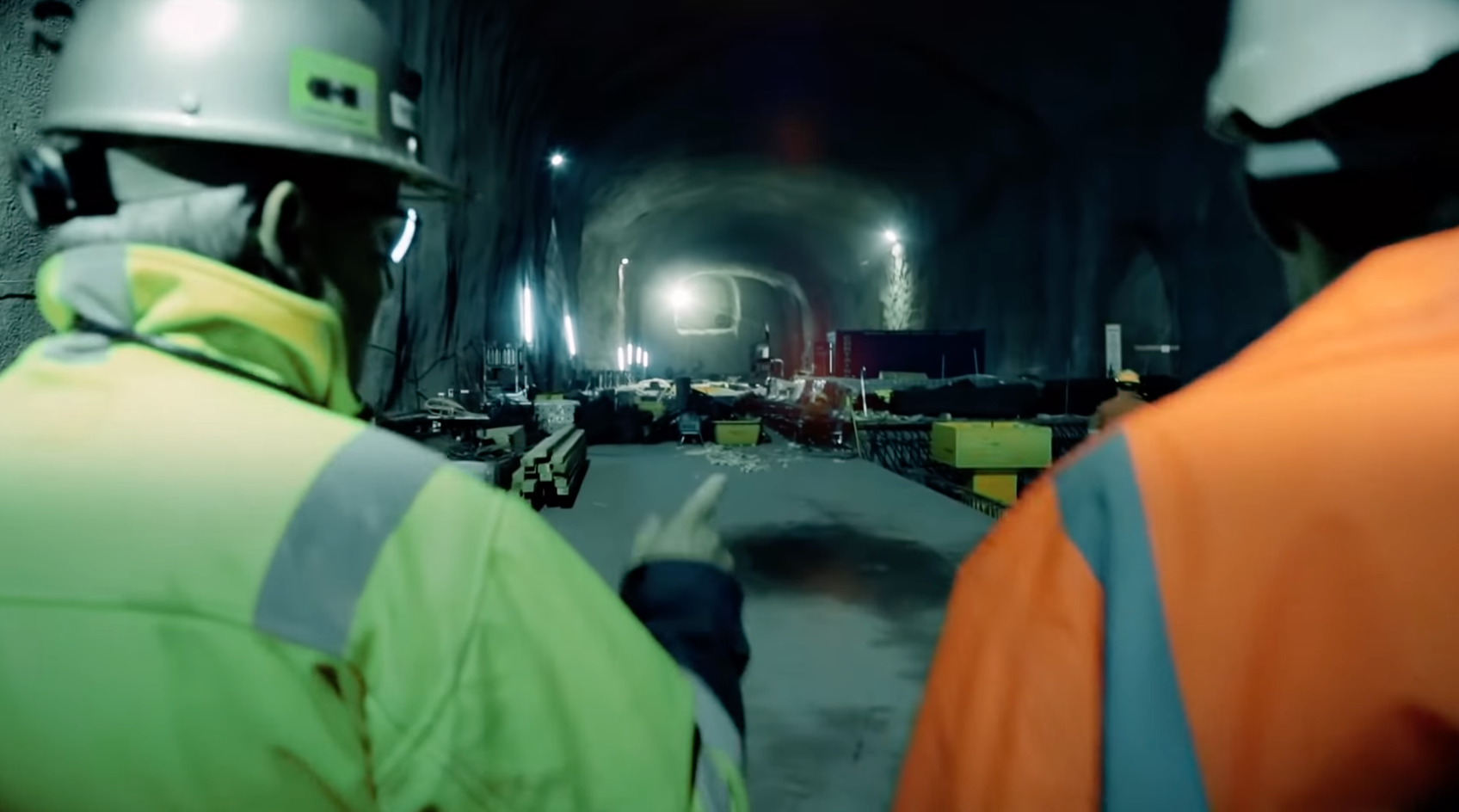 To connect the two artificial lakes, those crews also had to drill and blast a network of tunnels stretching for more than 17 km, raising that total to some 1.7 million cubic meters of earth.

And that’s only to build out the hollow shell. Complex series of frequency converters, phase inverters, cooling circuits, circuit breakers, and engines followed, all managed by a comprehensive control system that had to be built from the ground up, Alpiq said.

“For the members of the Nant de Drance energy committee, it was clear from the outset that we would need to design a specific management tool for this power plant, whose technical, administrative and contractual complexity makes it one of a kind,” said Pierre-Yves Lederman, a project manager at the company.

With its control system, plainly dubbed the “Pump Storage Management Tool” (PSMT), in action, Nant de Drance will play a “key role in the stabilization of the Swiss and European electricity grids,” the site’s shareholders said in a press release.

The PSMT tracks the plant’s consumption and production of electricity across its six turbines and according to four production schedules, one each for the four individual companies—Alpiq, SFR, and the utilities Industrielle Werke Basel and Valais-owned FMV—of Nant de Drance Sa, the joint venture that owns and operates the facility.

In operation, Nant de Drance can switch from pumping water at full power to the Lac du View Emosson—which rests at 2,200 m in altitude—to pouring that water back down its vertical penstocks for full power generation in less than five minutes; to make that switch in reverse, the plant takes less than 10. 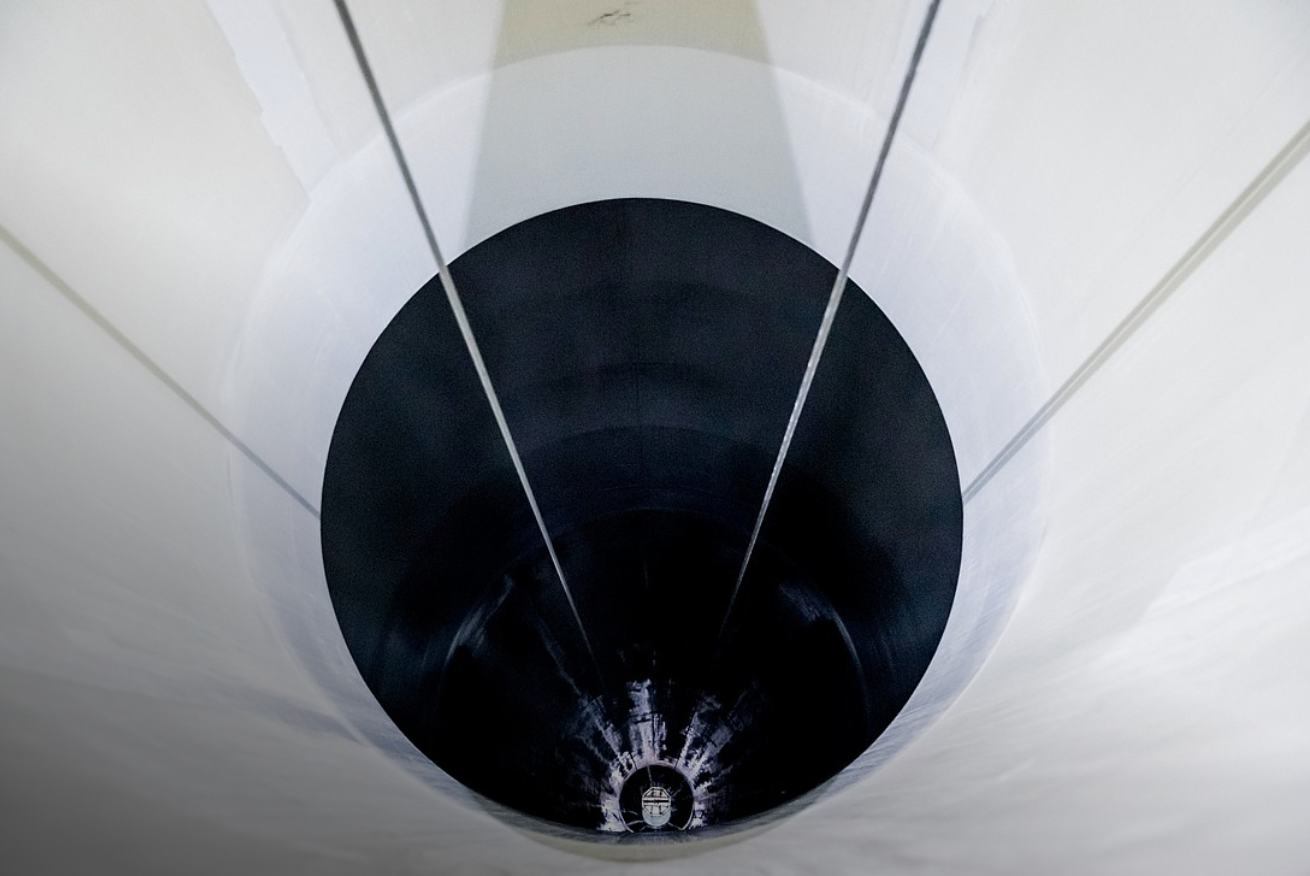 One of the the site's two vertical penstocks, each of which eclipses 1,000 feet in height. Image used courtesy of Nant de Drance SA

Utilizing the PSMT, the site’s operators can make that switch at each individual turbine, independent of its neighbors, Alpiq says. The system also allows for seamless adjusting of each machine’s rotational speed, the company noted in a blog post.

The result? Over the complete cycle of pumping and turbining, the site maintains an energy yield upwards of 80%, Nant de Drance SA says. That makes Nant de Drance one of the world’s most efficient PSH installations, the company added.