Around the World in 80 Days with GaN Systems

Around the World in 80 Days with GaN Systems

Phileas Fogg, in the classic Jules Verne tale “Around the World in 80 Days”, has an argument in a London club over an 1872 newspaper article which

Phileas Fogg, in the classic Jules Verne tale “Around the World in 80 Days”, has an argument in a London club over an 1872 newspaper article which stated that the opening of a new railway in India has made it possible to travel all the way around the world in 80 days. Fogg accepts a bet of £20,000 to try and accomplish this task, selects a suitable and knowledgeable travelling companion and sets off. Many interesting adventures happen along the way, he wins the bet and, as an added bonus, manages to get married as well! The moral of the tale is that Fogg recognized a new opportunity presented by a technological advance, seized it and won. 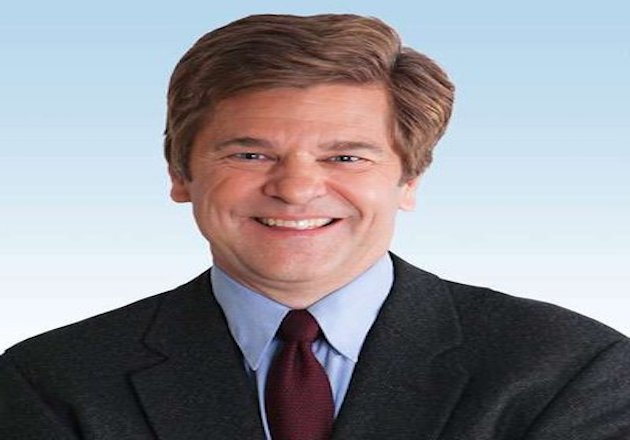 The Verne story struck me as a good analogy to what is currently happening in the world of power semiconductors, particularly with gallium nitride technology. For the past decade, GaN has been advanced as the material to replace silicon in power conversion applications, silicon having reached its limits. In 2014, with GaN Systems transistors available in catalog distribution and having 13X better Figureof-Merit performance than the best-ever silicon transistor, designers set-off improving their products across multiple market sectors. And now, in 2015, we are seeing those products being launched and take advantage of the incredible power saving, space saving, and efficiency gains which GaN brings. In fact, it’s no exaggeration to state that every day sees multiple new products being produced. Those companies around the globe smart enough to realize and seize the technology advances GaN offers are following Fogg’s path of seizing the opportunity and winning.

As CEO of GaN Systems, I’m privileged to be seeing and helping this step change, the speed of which is astonishing. Let me share with you my last 80 days in the world of GaN and show you just how fast the technology is being adopted by companies who are the movers and shakers - the shapers of our modern power world. Like Fogg, my journey has taken me to Asia, India, Europe and the Americas, visiting customers, meeting with suppliers and building our partner program. I visited our wafer partners to ensure we have ramped-up to the production rates needed for full production volume of the many 2016 customer programs. And I was pleased to see panel after panel of our 100V & 650V products, the broadest range on the global market, being run consistently at our world-class assembly and test facilities.

In Asia, I met with some of our major customers, including a Tier 1 automotive company that, in just months from receipt of transistors, has been able to reduce the size and weight of an on-board vehicle charger by 60% through switching at >1MHz – something silicon just cannot do. One of our Asian consumer electronics customers amazed me just six weeks after meeting them to introduce our technology. On my return visit, I was invited to join the company’s engineers and executives in the demonstration sound room to hear Beethoven and The Eagles on a sound system first powered by silicon and then by a GaN Class D audio amplifier. Wow, the sound of GaN made me feel as if I was ‘LIVE’ right in front of the performers – I never realized sound quality is so dependent on the transistor! Rapid new product development is common among consumer customers as they utilize the power of GaN to gain competitive advantage. Examples abound – one of the world’s largest consumer companies has used our parts to double the power output of its notebook power adaptor while keeping it the same size, as they benefited from far higher switching speeds and lower losses.

I saw innovative products for other market sectors made possible with our GaN high current parts: a leading DC/DC converter company which is using parallel 100V devices to extend a 1000W, 48V “Brick” to 1500W; power supply manufacturers designing our top-side cooled parts (an eagerly received alternative to TO-220 and TO-247 packages) into power supplies; a leading power module maker building a 300A unit using our high current devices, only possible with Island Technology. I watched them demonstrate modules driving 3-phase motors, showing Gallium Nitride’s clear advantage in the EV traction motor evolution. In the new energy sector, we work with many of the world’s leading solar inverter companies to use GaN to switch at significantly higher frequencies and reduce overall system cost.

My whistle-stop 80 days also involved meeting with Tier 1 Semiconductor companies who are building new drivers, controllers and solutions to maximize the benefits of GaN. I strategized with Japanese, European & American magnetics companies who have developed new high frequency materials and solutions. All have eagerly embraced the chance to be part of the GaN revolution, to play their part and reap commercial rewards. Design consultants and universities are doing amazing work such as building solutions at 13 to 26MHz for the automotive and datacenter industries. RF companies are using our parts beyond 100MHz. And teams are designing battery storage systems meeting the highest efficiency ever.

Like the 80 day trip of Phileas Fogg, GaN Systems has encountered challenges on its journey from start-up to worldwide market leader, but our game-changing technology, together with planning, preparation and execution has overcome them all. Even the challenge of reliability has fallen by the wayside through GaN Systems’ four pillars of reliability: (1) Characterize the behavior of GaN to confirm all device parameters are controlled and behave as expected in the intended applications (2) Perform JEDEC-plus reliability tests, going beyond JEDEC to include tests that are specific to Gallium Nitride (3) demonstrate lifetime MTTF and FIT data that insures customers have the long-life they expect in their products and (4) perform 100% production tests including traditional tests for MOSFETs and IGBTs and additional tests that are uniquely specific to Gallium Nitride performance parameters.

So, to conclude this brief article and complete my analogy: there were those in the 1870s who believed travelling around the world wasn’t possible or would take hundreds of days. Fogg proved them wrong and demonstrated that a new age had arrived. New power products already on the market and others being developed by multiple companies across the globe are proof that what we at GaN Systems knew was possible, has happened - the step change made possible by Gallium Nitride is here.

Jim Witham received his MBA from Harvard while both M.S. and B.S. with distinction in Mechanical Engineering from Stanford. Witham joined GaN Systems from Neoconix, a manufacturer of high density, miniature connectors. As CEO of Neoconix, he successfully implemented strategic changes which dramatically increased revenue and resulted in the company’s acquisition by Unimicron Technology. Prior to Neoconix, Witham was CEO of Fultec Semiconductor, where his team made circuit protection devices using high voltage silicon, silicon carbide and gallium nitride (GaN) transistors.

As an Engineering Specialist at General Dynamics’ Space System Division during the eighties, Witham designed fluid systems for the Space Shuttle and was on Mission Control for interplanetary missions.