The complaint is that electric vehicles cost too much, but carmakers keep bringing on more expensive models. Here are 12 of the most attention-getting high-end vehicles for 2023.

It’s hard to imagine how a transition to electrified transportation will take place without the availability of a large number of small, economical, and affordable small electric vehicles (EVs). Yet the industry seems focused on immensely powerful, absurdly fast, and extraordinarily expensive battery-powered wonders.

The theory is that such “halo” EVs will help sell the concept to the average new-car buyer, making the whole idea of owning and operating a plug-in more attractive and agreeable.

Whether or not this is a sound strategy is debatable, but it is one that nearly every major automaker and almost all of a large number of startups appear to be following. Even if they have an entry-level EV in the lineup, the high-end offering is the EV that is tasked with winning the hearts and minds of future customers.

Consider that according to the Bureau of Labor Statistics, as of September 2022, the average new car price in the United States was an eye-watering $48,094.  That there are quite a few EVs priced more than $50,000 shouldn’t be all that surprising.

Let’s look closely at a few of the image-maker EVs that have recently arrived or will be available in the coming model year. 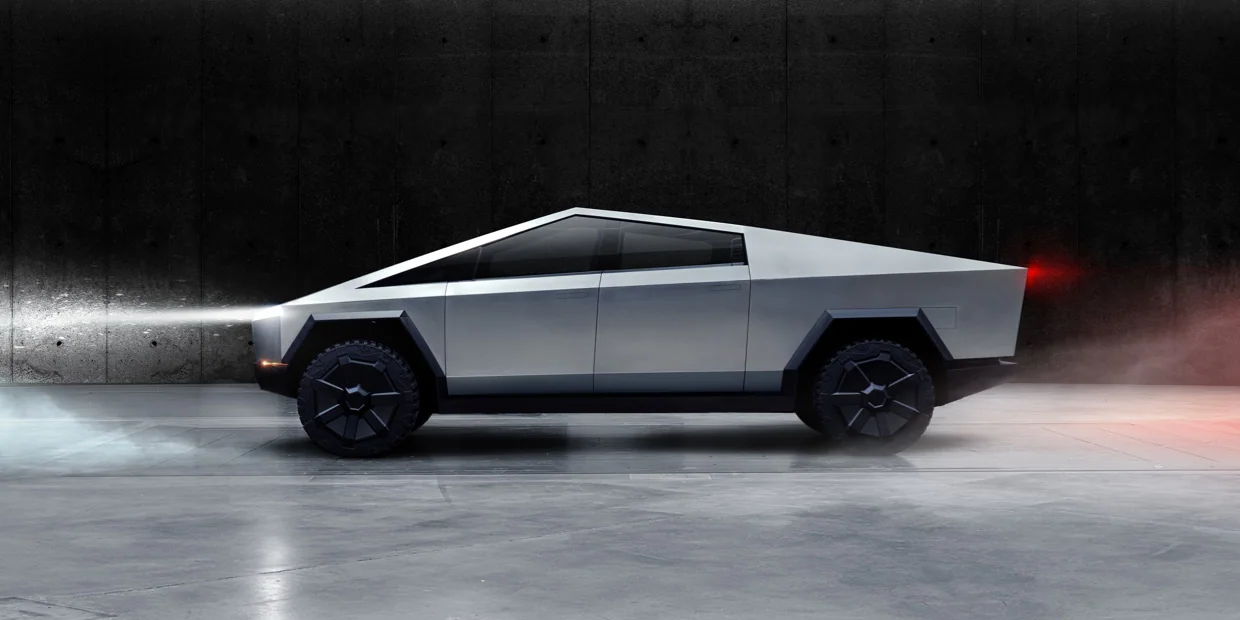 When talking about EVs, Tesla is a good place to start. For more than a decade, Tesla has produced only EVs and has a range of products, including the entry-level Model 3, a crossover utility vehicle (CUV) in the Model X, and a high-end sedan called the Model S. A two-seat sportscar is in the works, but before then the much-anticipated Cybertruck pickup (it was announced in 2019) should arrive in 2023.

The six-seat crew-cab pickup is priced to compete with the electrified versions of the Ford F-150 and upcoming Chevrolet Silverado, starting in the $40,000 range and going up to around $78,000.  Single, dual, and three-motor versions are planned, and towing capacity ranges from 7,500 pounds (single motor) to 14,000 pounds (with three motors). The three-motor version is expected to have a zero to 60 mph acceleration time of fewer than three seconds. The range for the most optioned version of the Cybertruck will be at least 500 miles on a charge.

The Tesla Cybertruck, when it finally arrives, won’t be the most expensive or exclusive EV on this list, but its controversial looks and anticipated performance certainly make it one of the most anticipated. 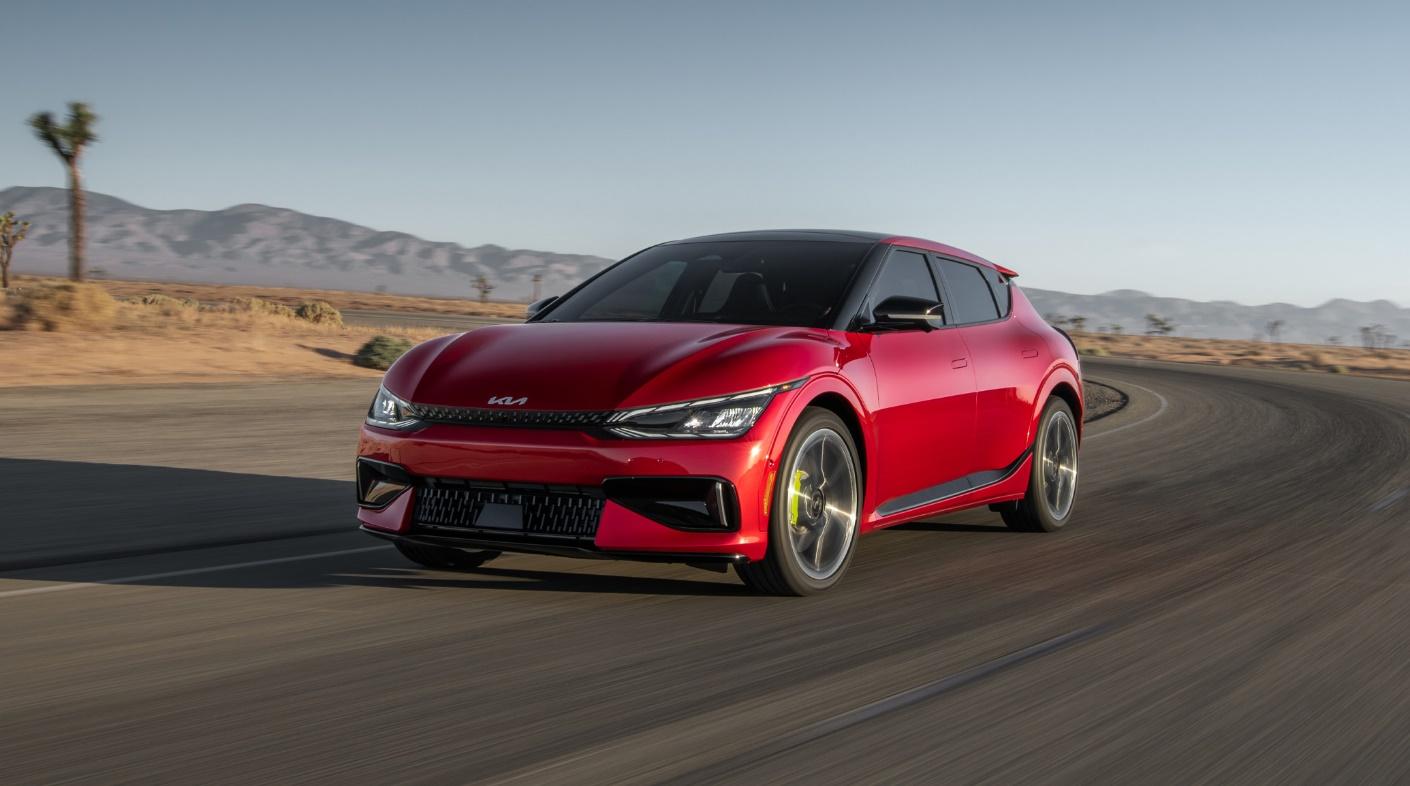 Starting at $49,795 for the single-motor base model and ranging up to $62,695 for the dual-motor all-wheel-drive version, the Kia EV6 is actually a sister to the Hyundai Ioniq 5. The expensive 576-horsepower version accelerates from zero to 60 mph in 3.4 seconds and ranges around 200 miles on a charge. 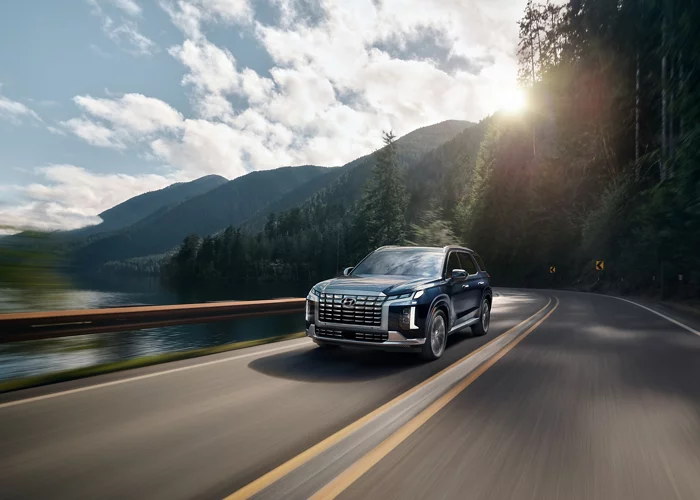 With a price ranging from $41,450 to $56,500 the Hyundai Ioniq 5 nicely brackets the average cost of a new car in the United States. The small SUV offers a lot of capability and refinement, and the top all-wheel-drive version has a dual-motor powertrain that can tow up to 2,300 pounds and cover as much as 266 miles between charges.

Cadillac’s all-new Lyriq EV will start out with a 340-horsepower, rear-wheel drive version for $59,990 but will also be available with up to 500 horsepower split between two motors with all-wheel-drive. The launch version will have a range of 312 miles. 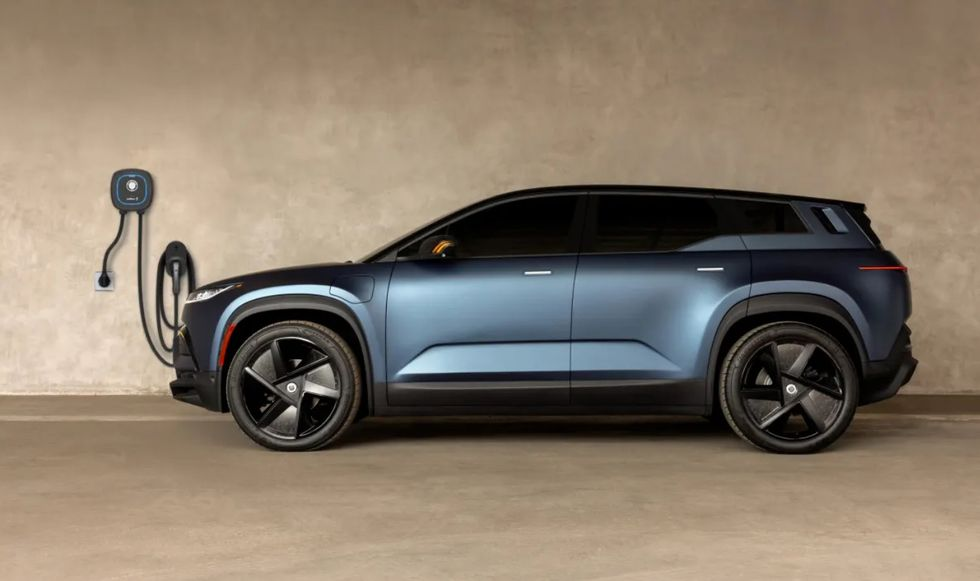 The Fisker Ocean is an all-electric SUV that is being built at an assembly line in Graz, Austria. It is noted for its extensive use of sustainable and recycled materials and has a reported range of 350 miles on a charge. Production for the startup EV company has been slow to get off the ground, and the price for the Fisker Ocean is $68,999. 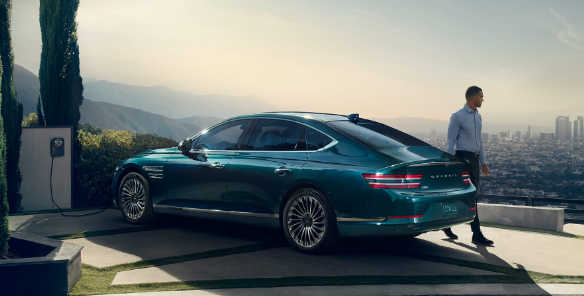 Genesis was spun off from Hyundai as a luxury car maker in 2017, and the Genesis Electrified G80 is the first EV from the company. With a starting price of $80,920, the Electrified G80 competes in the mid-level luxury segment and does so with dual electric motors that produce 365 horsepower, all-wheel-drive, and a range of 282 miles on a charge. 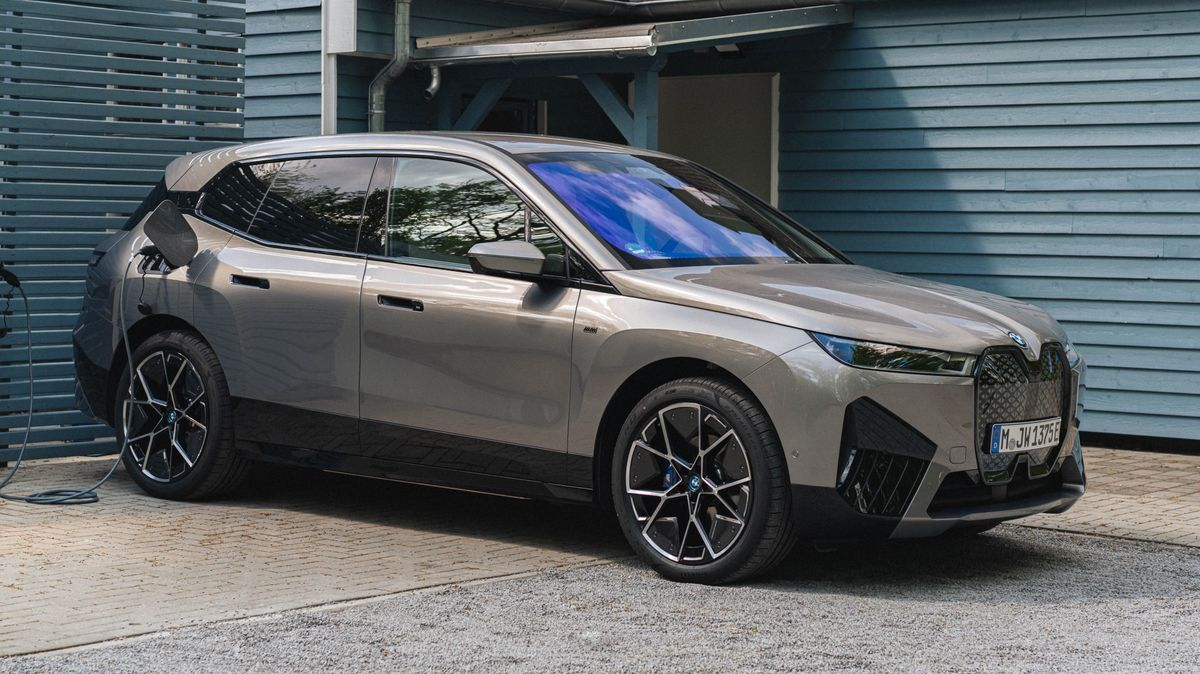 BMW has discontinued its distinctive landmark i3 EV model and has decided that electrified vehicles should look more mainstream. The BMW iX is an SUV (OK, so BMW calls it a Sports Activity Vehicle) with dual electric motors providing 560 horsepower in the base version at a price starting at $85,095. The uprated version comes with 610 horsepower and a range of more than 300 miles, all for $109,895. 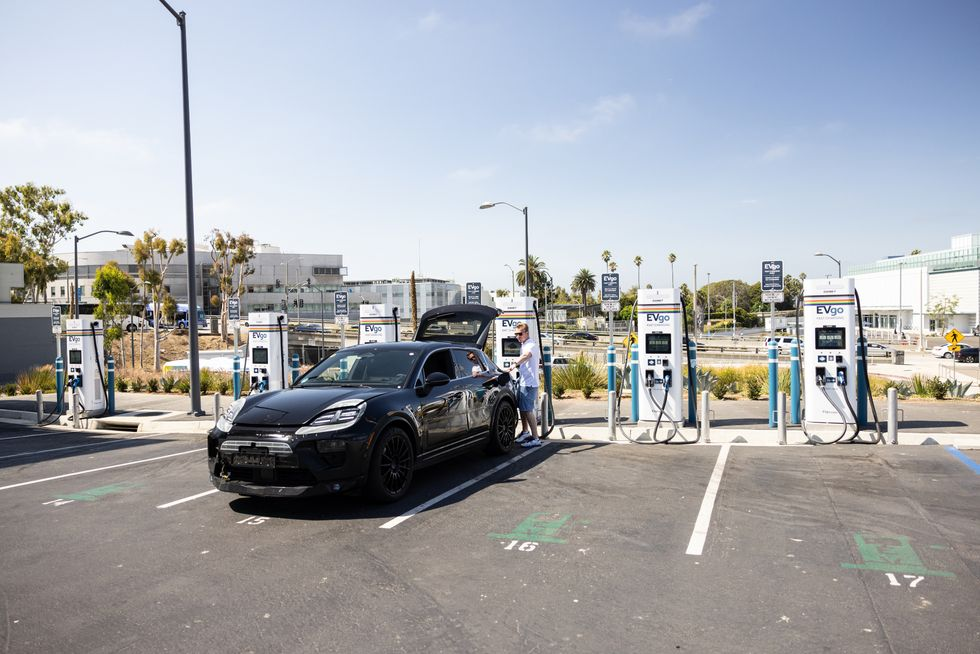 Porsche’s all-electric Taycan sedan will be joined by the Porsche Macan EV SUV for the 2024 model year. The crossover SUV is promised to have as much as 603 horsepower, feeding either rear-wheel or all-wheel-drive systems. Pricing should start around $80,000 for base models and head in excess of $100,000 for the all-wheel-drive performance versions. 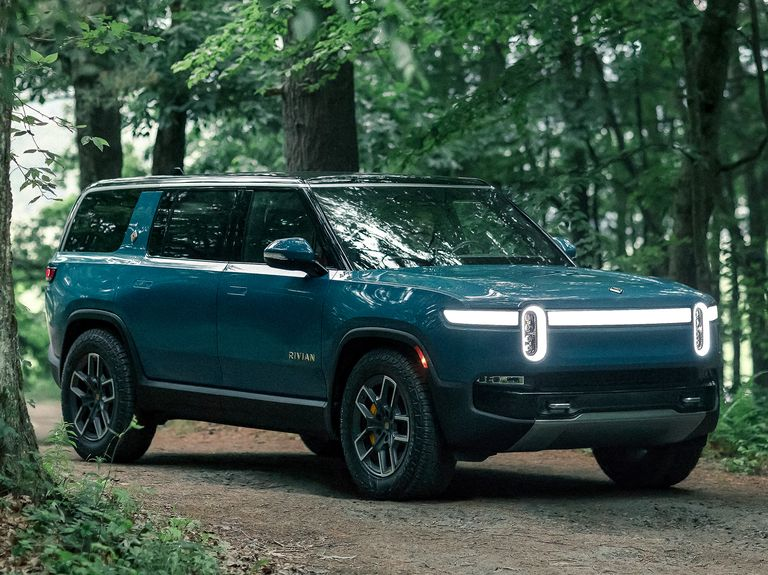 Rivian started production of its R1T pickup truck in 2022 and has now added the Rivian R1S sport utility vehicle to its lineup. Priced at $91,075 for the base version, a 316-mile range from a dual motor setup is the starting point. A quad-motor version that produces 835 horsepower going from zero to 60 mph in around three seconds will eventually be available. 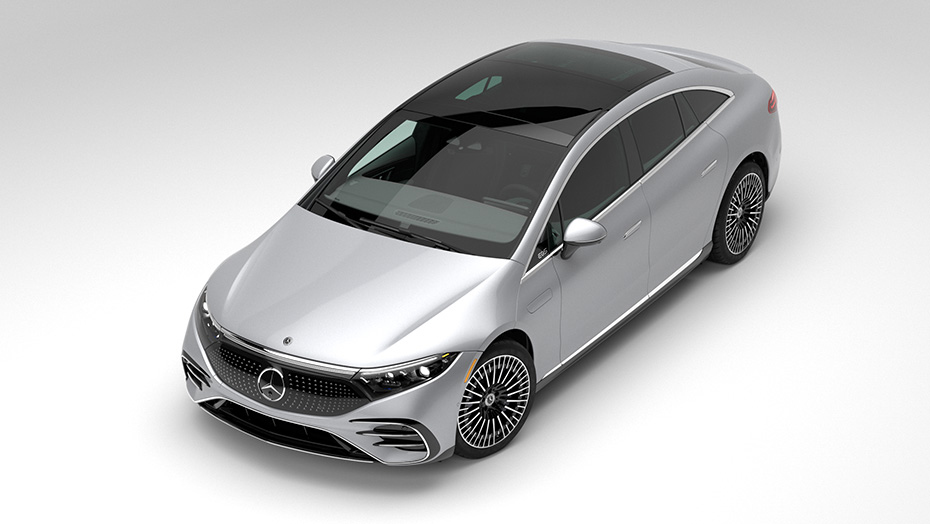 The Mercedes-Benz EQ EQS is a true luxury sedan than happens to be powered by electric motors. The base EQS 450+ sedan is priced at $102,310 and features a single-motor powertrain that can send the car from zero to 60 in 5.9 seconds from 329 horsepower while achieving a 350-mile range between charges. Higher-spec models have dual motors and all-wheel-drive and have prices that go up to $147,500 for the 649-horsepower AMG version. 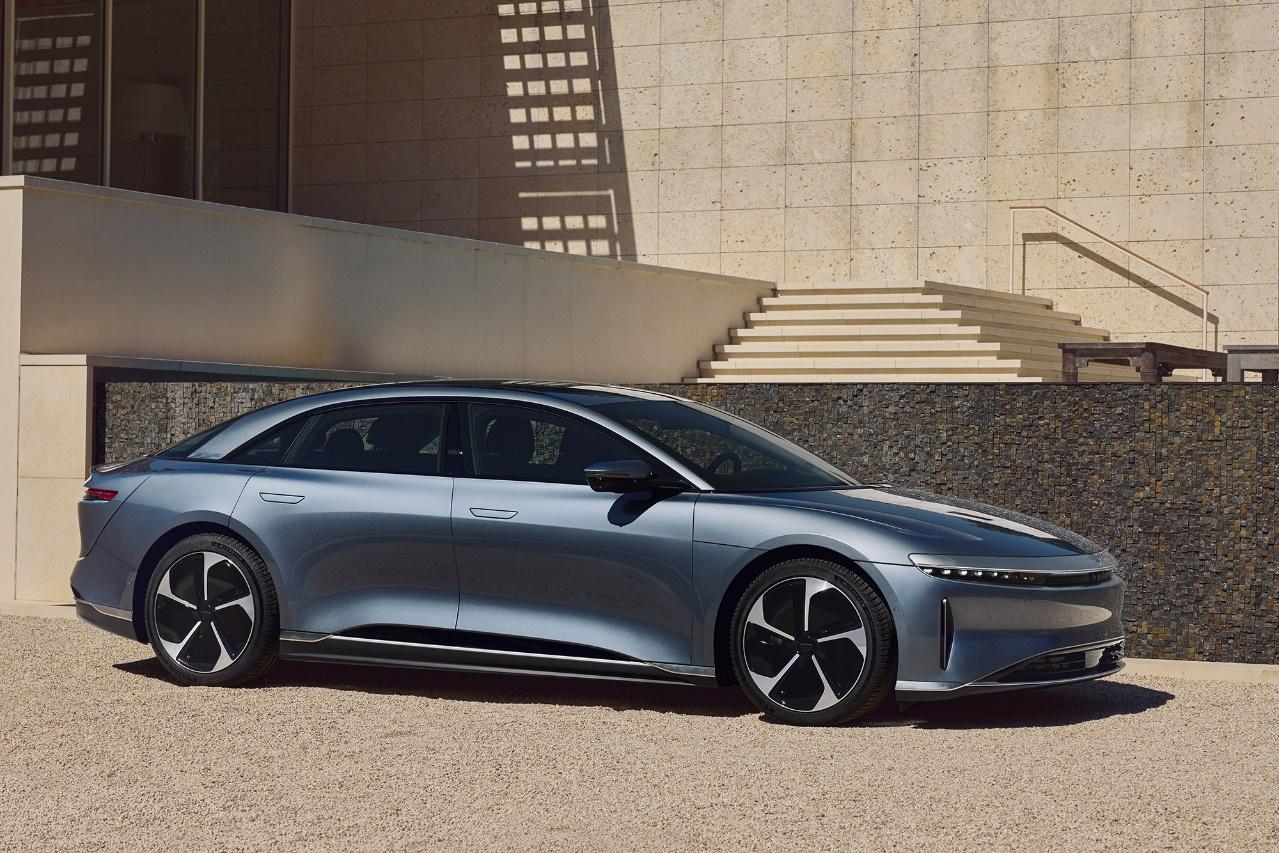 The Lucid Air began production in 2022 and has received critical acclaim. With a price tag that starts at $87,400 and versions that go as high as $249,000, there is much to choose from. Versions are available with 1,200 horsepower and a range of 516 miles.

If building a 1,200-horsepower sedan with a zero-to-60-mph acceleration time of fewer than two seconds seems a bit out of touch with the realities of daily driving, remember the purpose is to provide the halo effect for the company’s less well-endowed EVs.