Elon Musk is a busy man, wrestling with a major restructuring of Twitter after his recent $44 billion acquisition of the social media platform, while coordinating rocket tests with SpaceX as the company supports NASA on a potential manned mission to Mars by the end of the next decade. 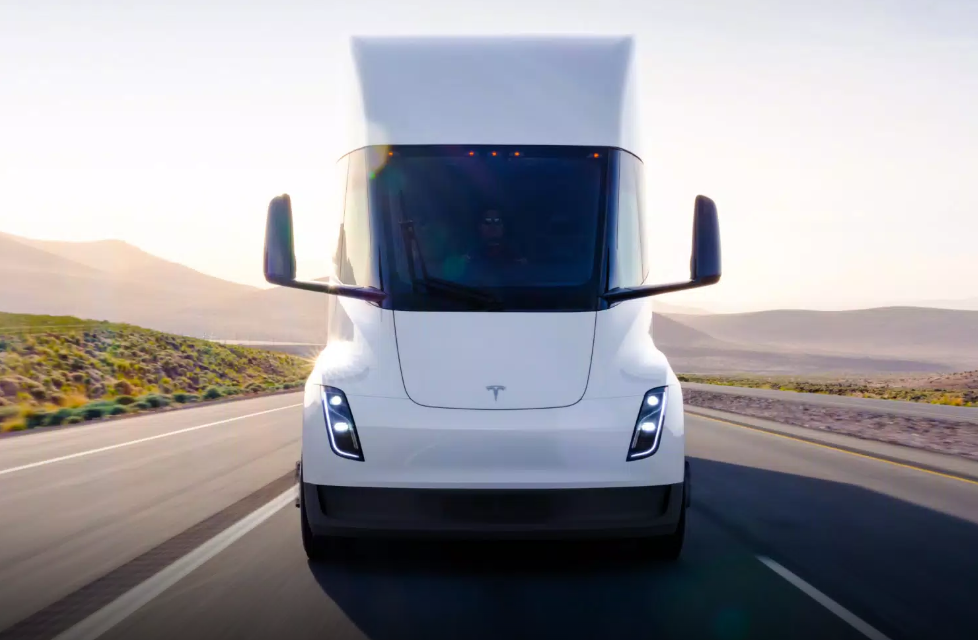 Also on the docket, Tesla announced the rollout of the first production Semi,  its long-awaited Class A EV semi-truck, at a recent launch event live-streamed from the Tesla Gigafactory in Sparks, Nevada. Gigafactory is also the location where Tesla manufactures most of its lithium-ion batteries.

By volume, Class A commercial trucks account for only about 1 percent of all vehicles on U.S. roads, but are responsible for 20 percent of total emissions and 36 percent of particulate emissions. This higher contribution is largely due to the size of these vehicles and the relatively high number of commercial operating hours compared with passenger cars. As stated by Musk during the event, “This is a huge impact, so that’s why we’re doing it [Tesla Semi].”

But the Tesla Semi is not just good for the environment; it also aims to introduce a step change in performance compared with existing diesel trucks. Among other things, Semi has three times the power of traditional trucks in its class, which translates to improved vehicle acceleration and handling. Semi can accelerate from 0 to 60 mph in 20 seconds, fully loaded, and maintain highway-level speeds even up steep grades.

It is also efficient, and with its large battery pack can travel up to 500 miles on a single charge. As an EV, Semi also benefits from regenerative braking capabilities that allow it to recapture kinetic energy to its batteries from the braking process, as opposed to simply dissipating it as heat. 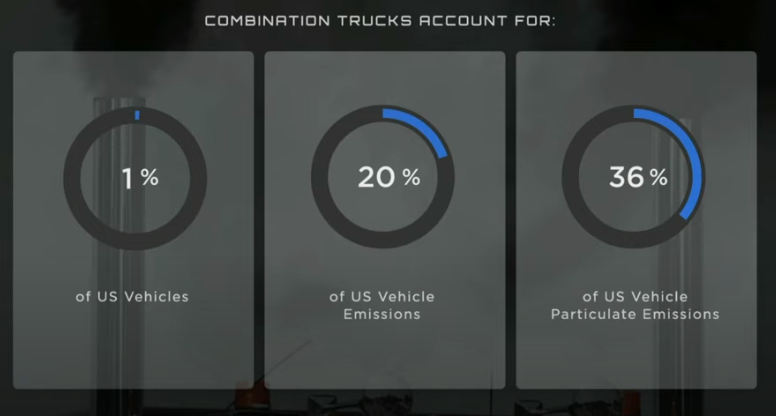 To meet its higher power needs, Semi will be the first vehicle powered by a 1,000-volt powertrain. For a large vehicle like Semi (up to 82,000 pounds), the higher voltage allows for lower charging and operating currents, accommodating more power through reduced thermal losses and improved overall energy retention. Lower currents also mean less transmission copper with reduced wire and cabling complexity that translates to added cost efficiencies and reduced weight.

To get the most from its batteries, the Tesla Semi employs an innovative tri-motor powertrain system with separate motors for acceleration and highway driving. When the truck is operating at steady speeds on the highway, the acceleration motors disconnect from the powertrain, minimizing losses. The motors can re-engage as needed during periods of acceleration. 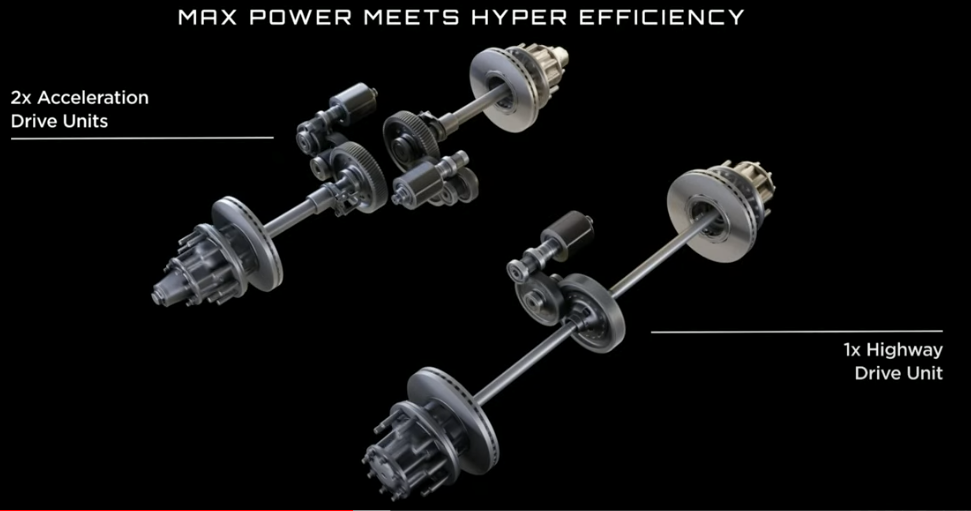 Semi’s more robust powertrain and battery capacity also demand a more robust charging solution. During the rollout, the company shared some interesting new details on its 1-megawatt (MW) ultra-fast charging platform. At 1 MW, the new platform increases charging capacity by a factor of about three compared with other public charging platforms currently being developed and deployed.

Key to charging at these power levels is the design of the charging cable. The next-generation V4 cables will use an immersive liquid cooling solution that increases power density by a factor of three. With the new system, the V4 cable will have similar size, weight, and flexibility to the V3 Supercharger cables, but will deliver about three times the power. Sophisticated isolation monitoring systems have been developed to ensure the safe operation of the system at these power levels.

For a DC fast-charging solution that needs to charge a 1000-volt power train directly, the design will need to accommodate currents approaching 1,000 amperes or more! 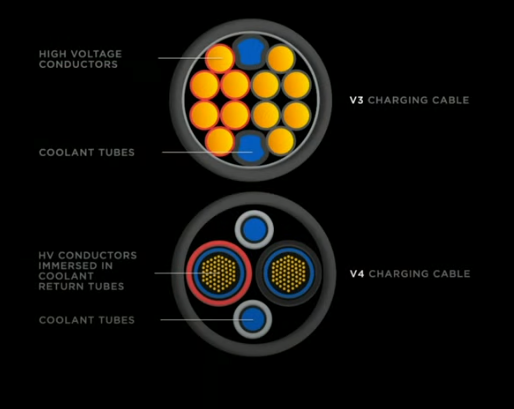 In addition to Semi, the new 1-MW Supercharger technology will also be targeted for use with Tesla’s light-duty Cybertruck platform. It is not clear when this high-power charging capability will migrate more broadly across Tesla’s charging network for use by other EV models, but this seems like a logical next step as the technology matures.

Along with other initiatives to expand public access to EV charging, the U.S. government recently announced plans for a partnership with Tesla to open up the company’s Supercharger network to the general public, to include EVs from other e-OEMs. 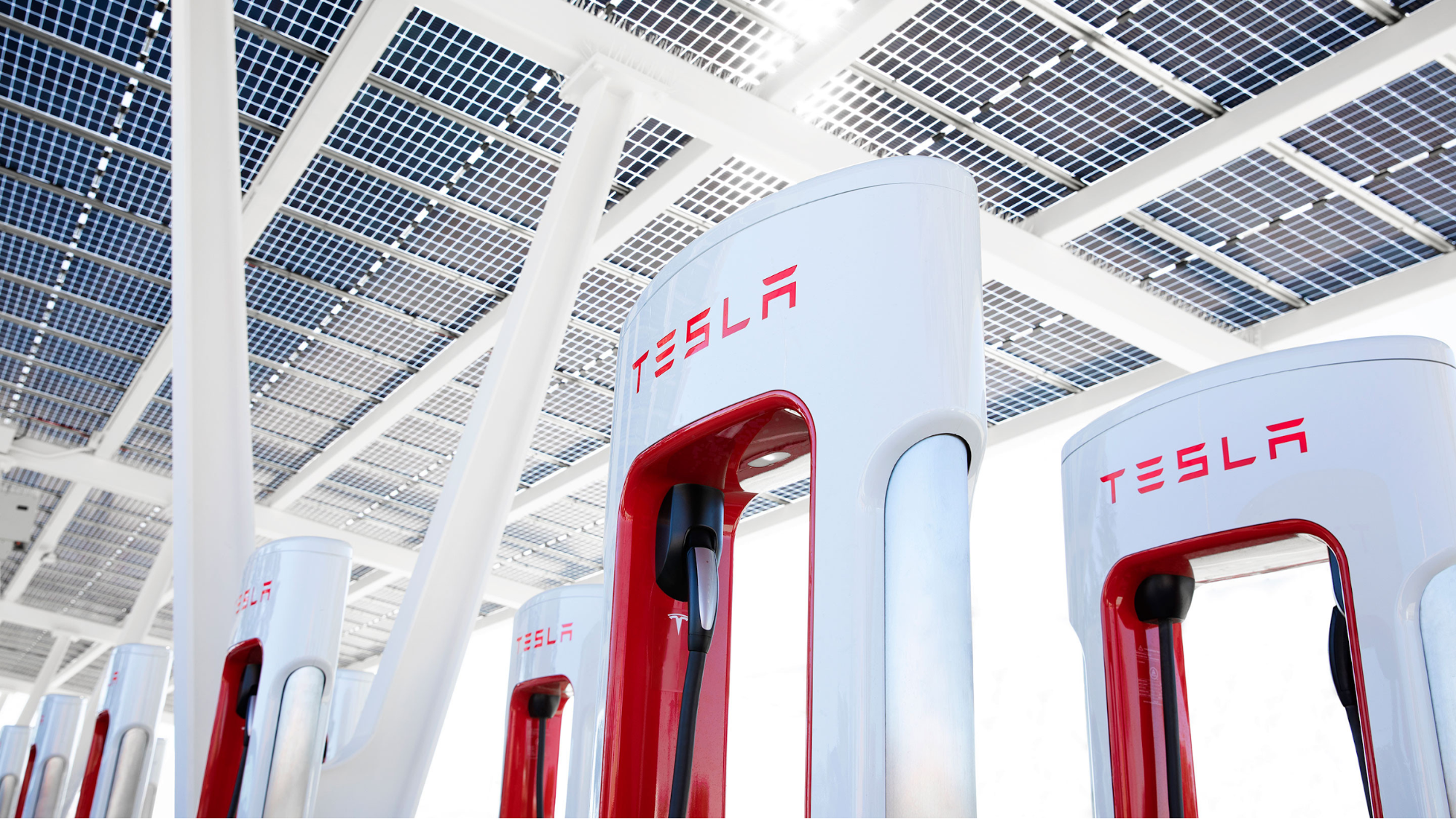